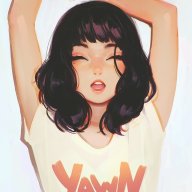 Update 3.0 is coming, and Zelda was one of the few characters excluded from the buffs in 2.0. I love playing Zelda and she is the best she has ever been, however she still feels just, well, not very good compared to many other characters. However, I think she is close, and that a few more careful tweaks could see her making more appearances in the top 16s at big tournaments. This thread is a place for players who love Zelda to throw out a few hopes for tweaks/buffs in 3.0 that they theorize would push her into more a more competitive area. I'll start it off with four ideas.

1. Fair vs. Dair
Fair and Dair are the same move. They are high-risk, high-reward though. Those types of moves are harder to just throw out as pressure. If one of these (either one really) was adjusted to have a large sweet-spot and smaller sour-spot, but also had the killing power and damage output of the sweet-spot reduced then Zelda would have one risky version for when you want to take the risk for the kill, and one safer version for when you just want to apply pressure.

2. Din's Fire
This move is great when the opponent is off the stage. When Lucina is rushing you down with aerials it's not so good. It all comes down to the rather-large minimum distance that it travels before a hurtbox comes out. If this was adjusted to be much closer to Zelda, even if it only dealt a small amount of damage (relative to how close it is to Zelda), then it could be used in disadvantage to keep characters at bay.

3. Phantom Slash
Another amazing move when you are ahead that is simply too slow when you are behind. If the animation of Zelda pointing, which she is stuck in when firing the Phantom early, was removed I believe the move would be a significantly better tool for disadvantage and neutral. This would not speed up the move, but would allow Zelda to react faster when she had to fire it early due to pressure, letting her block or use Utilt if somebody is jumping over the partially-charged phantom.
Most characters with powerful, charge-up projectiles are able to cancel them into shield or roll and continue charging later. Zelda cannot store a partial charge, and cannot cancel it shield or roll. I think that this change would keep the flavor of the move much the same while enabling its use when Zelda is behind.

4. Farore's Wind
This is a great move. Powerful and fast, yet punishable if blocked. I would only want to enable its use as an escape-from-pressure option, and not increase its ability as an offensive tool. My suggestion is that the end-lag is drastically reduced only when you do not hit anything. This, could with something similar to re-grab timeout to prevent spamming, would leave the move as punishable if it was shielded, and would enable Zelda to teleport away from pressure without immediately being rushed down again before she can do anything.
S

Grab and fixing this FW glitch I run into on occasion, are the only important buffs I want. Grab seems to have an issue with hit detection sometimes and in general is the only move I feel is noticeably off. Maybe it stems from my time with Smash 4, but it just feels weird like it's broken or something and needs to be buffed to at least close to Smash 4 levels.

Some stages and platforms, sometimes do this weird thing with Farore's Wind, where landing with it just sort of "bounces" Zelda off the stage into special fall. I'm not really sure what causes it, but it seems to only happen on certain stages and when I'm near the ledge of the platform/stage. That might just be my fault for playing Battlefield stages on quickplay, though.

stingywizard said:
1. Fair vs. Dair
Click to expand...
I think Fair's risk is perfectly fine, given its speed, versatility, and insane power. And I definitely wouldn't want its power diminished.

I wouldn't mind however, making the sweet-spot larger on Dair or removing the sour-spot entirely. It's a little silly, for other Dairs to have relatively the same power, while having much larger hitboxs. It was fine in 4, given how slow that game was, but everything is much faster in Ultimate. It's difficult to land the meteor, even on linear recoveries, especially given the changes in DI and aerial mobility. It wouldn't change any other aspect and would make power spiking much easier.

stingywizard said:
2. Din's Fire
Click to expand...
I don't think this would make too much of a difference, given the sour-spot is still unsafe. You would pretty much have to land the sweet-spot, and there are probably going to be better options, most of the time. It wouldn't hurt either way though and could have combo applications in other situations.

stingywizard said:
3. Phantom Slash
Click to expand...
I'm not sure this is a good idea, given that it would make it nigh impossible for characters without special tools to punish. Characters like Captain Falcon, that lack reflectors or projectiles, would be at a loss if Zelda could freely spam Phantom like that. That endlag is there, for characters like this to be able to punish improper spacing. Phantom isn't a normal projectile and covers large swaths of vertical and horizontal space, at once.

A better idea might be to have the lower charges, charge and release faster. That way, it could act as a pseudo sword better and characters that lack tools to counter Phantom, could still punish improper spacing. Even with that removed, sword characters could still hit through the Phantom and hit Zelda, if it's not properly spaced.

stingywizard said:
4. Farore's Wind
Click to expand...
I like this idea, but is there a precedent? I can't think of any move offhand, that's similar to what you're describing. If it goes against how the engine was done, I doubt this is going to be implemented. It would be nice though, given Palutena gets to teleport all over the stage and be really difficult to edgeguard, because of her teleport. It would really make Zelda's disadvantage easier, without unbalancing her. 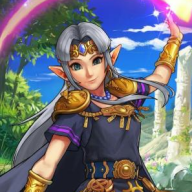 Closing this and redirecting discussion toward the Zelda Patch thread. We're trying to keep this place organized by keeping all Zelda change talk and wishlists in one thread instead of making multiple new threads.
Last edited: Mar 7, 2019