Why is Kirby low tier this time?

I recently got Project M, and Kirby just feels so much better than he's ever been, and yet he's bottom 2 on the tier list. So I just wanted to know why he's considered low tier in this game. 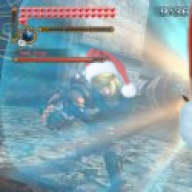 Tbqh the list is VERY outdated, and any PM worth their salt will tell you not to pay attention to it as of now. IIRC one of the tier people, think it was Boiko, said that it was just put out to update the tier list before the one we have now. So it was basically rushed I feel. 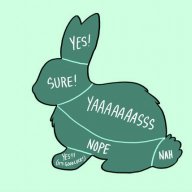 In essence, despite the fact that Kirby is good, you have to remember that EVERYONE is good. So when we rank on top-down scale like a tier list, it implies viability at all levels of play, when really they're all so close. The gap between Wolf and Kirby might not be nearly as large as the gap in say Fox vs Kirby in Melee or MK and Kirby in Brawl; but the gap is still significant. It's just that all the other characters deal with each other than Kirby even if he's not bad himself. Plus Sonic exists so Kirby doesn't stand a chance anyway lol
You must log in or register to reply here.
Share: Facebook Twitter Reddit WhatsApp Email Link
Top