When/how to use jabs and ftilt? 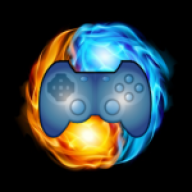 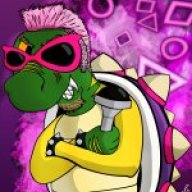 F-Tilt isn't that great of a move for Bowser IMO, but Jab can be used to very effectively space your opponent and apply a little pressure. It's a scary move since Jab 1 can confirm into a whole ton of things and has pretty decent range and even a little bit of intangibility for the arm itself, and if Jab 1 is shielded, you still have a few options to choose from and mix-up with to get away unscathed.

I suppose for F-Tilt you have similar hitbox pros as Jab, but it's also a "get away" move and has slightly longer range IIRC, so when you feel the extra range is needed for whatever reason, it might be worth using, but I wouldn't recommend it, as Jab can usually cover similar things with better reward while also being safer and faster than F-Tilt.

As for approaches, you don't really approach offensively as Bowser. Grab is actually your best option for a banzai charge anyway unless you want to stop and try for jab. Generally speaking, you bide your time as you invade their space and get a grab or other hit when the opportunity arises (Which is usually pretty quickly.). You can pressure your opponent pretty hard just by being in hit range because of your powerful grab and shield-break game making shields a bad option, and the fact that fortress can punish most rolls, it gives you total stage control unless your opponent can fight you off, which, given your powerful OoS game and decent range leaves them with much fewer options against a diligent Bowser player. You also have a pretty fast run-speed, so it's not hugely important to be always right in their face either since you can make the space up pretty fast, and that's not even accounting for Bowser's long limbs or grab range. Generally speaking, you have a lot of artificial range and a powerful punish game.

I would still recommend using jab to feel your opponent out more often than not overall, as it's pretty safe, and confirms into powerful options on hit. Also, don't be afraid to bait at mid-range with SH F-air or B-air since they auto-cancel. Same goes for a landing Flying Slam (Side-B). If you find people jumping over you a lot, you might also want to throw out some U-Tilts just to try and catch them - though F-air is also pretty good for the same thing, albeit more punishable in my experience.

I'm not the best Bowser player by a long shot, so I hope I got most of this right, and I hope this helps you out some. 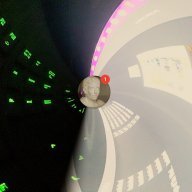 Jab is a fantastic move. His fist is intangible while the hitbox is active so he can just punch through a lot of projectiles, like and 's bombs. Another notable example is 's Lloid rocket, as I demonstrated in this comprehensive competitive guide that I'd ask that you watch (it's only around 30 seconds)
You must log in or register to reply here.
Share: Facebook Twitter Reddit WhatsApp Email Link
Top