What You Missed From Twitch Plays Rivals Direct 3 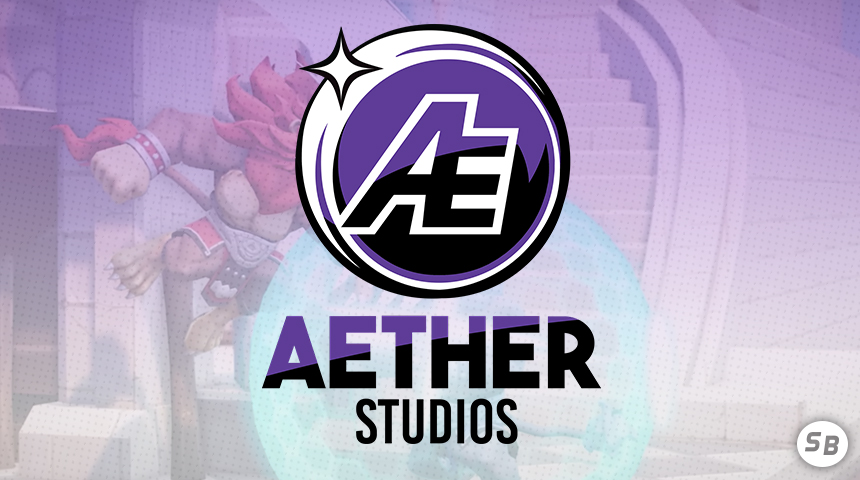 April Fools Day has come and gone, and with it came the third Rivals Direct. Unlike previous iterations, which parodied the Nintendo Direct format, Rivals Direct 3 used a Visual Novel-inspired framing device set in the Lovers of Aether universe, mixed with audience participation the style of streams like Twitch Plays Pokemon. Just like Rivals Direct 2, despite the timing and odd presentation, these announcements are all real.

The stream started out with YouTuber Adam Carra talking with Rivals of Aether lead designer Dan Fornace over a video call, asking about what's in store for the third Rivals Direct, only for Fornace to say that he didn't plan on having one this year, saying he has important business to attend to before leaving the call. While Fornace attends to the "important business" of playing with his dog Sunny, Carra takes matters into his own hands and attempts to hack into Dan Fornace's computer, culminating with him putting on a VR headset and finding himself in the world of Lovers of Aether as a student at Aether University. 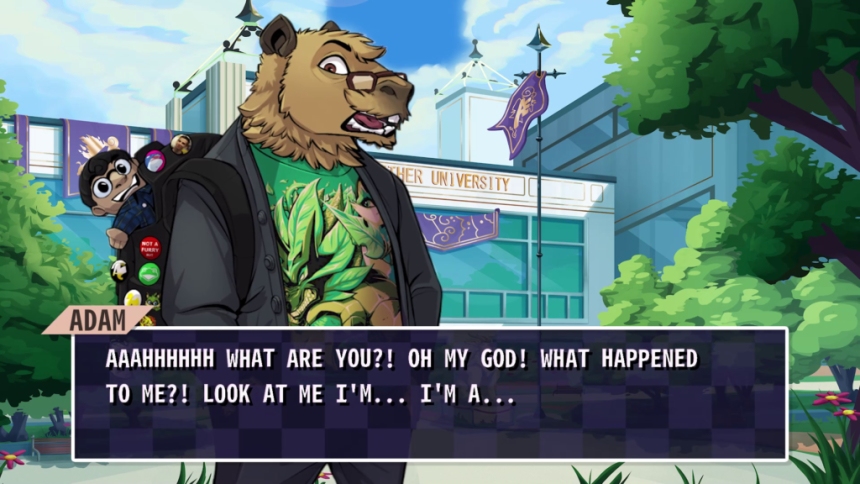 From there, the visual novel segments begin as the audience guides Carra around Aether University, meeting with several Rivals characters along the way. Throughout these segments, the audience votes on different options in dialogue trees and minigames via Twitch chat, from painting a picture via directional prompts to a game of Rivals of Aether controlled by Twitch chat

While the stream's unorthodox format was certainly fun, and there were some great highlights — including Twitch chat winning the game of Rivals, something even the developers didn't expect to happen — the most exciting parts were the announcements made over the course of the stream, each one a reward for completing a different area's task.

First up was a proper trailer for Tales of Aether, the comic series first teased at the end of the previous Rivals Direct. Tales of Aether is written by Ian Flynn, who's perhaps known best for his work on the Sonic the Hedgehog comics, with art by Jack Lawrence and Matt Herms, lettering by Jack Morelli, as well as character designs by Rivals of Aether concept artist Marc Knelsen. This comic seems to recap the final battle from Rivals of Aether's story mode before going into the backstory for Clairen.

Going by the order seen in the livestream (note that the two condensed versions on YouTube don't follow this order), this was followed by the reveal trailer for Grassroot Elements, a documentary by Adam Carra covering Rivals of Aether's development and its community's growth, featuring interviews with members of the Rivals of Aether team, as well as several top players and community figures.


Next up was a preview the upcoming roguelike Dungeons of Aether, set in the mines surrounding Julesvale. Development is being helmed by Nick "Ampersandbear" Blackwood and Jonathan "Ellian" Rousseau, with gameplay based on Malleus Goblinficarium a game Ampersandbear made for the 7-Day Roguelike Challenge. This preview also came with new information about Artemis, one of the playable characters featured in Dungeons of Aether, who ventures into the mines in search of an ancient relic to secure the rule of Loxodont over the Flame Imperium. Dungeons of Aether is set to release in 2022.


The next announcement we saw confirmed that Rivals of Aether will finally receive rollback netcode thanks to efforts by programmers Vadim "YellowAfterlife" Dyachenko and Zach Reedy. Much like the Milestone System segments from the previous Rivals Direct, this announcement takes a more surreal, humorous bent with a faux-sitcom framing device, starring Adam Carra and frequent collaborator Stefan Perez and some hilariously absurd attempts to explain how rollback netcode works.


Attempts to implement rollback netcode into Rivals have been in the works since 2018, though up until now, optimization issues with the game's update loop have gotten in the way. There are currently plans for an open rollback beta starting in Summer of 2021, though it is currently unknown when exactly this will begin.

We also received some more information about Creatures of Aether, with a highlight reels showing off how much the game has grown since launch, as well as an announcement for the upcoming PC release on Steam.


The second-to last announcement (shown second in the condensed version) was a surprise reveal for an upcoming character pack for Rivals of Aether, featuring four Steam Workshop characters who will be added to the vanilla roster on both Steam and on Switch: Mollo, an all-around character created by Patrick "Giik" Whitesell with a focus on projectile manipulation; Hodan, a traditional fighter-inspired charge character created by ravyn and Vincent "RareBoy" Blangiardo; Pomme, a Peach-esque floaty character created by Carrill "Ruby Nights" Munnings; and Olympia, a close-range brawler with traditional fighter influences created by Kris "Sprite Star" Ballard. These characters are set to release in a free update coming in late 2021.


The Direct ended with yet another teaser for the as-of-yet unnamed 3D project being developed by Aether Studios and helmed by Rivals programmer Trevor Youngblood. The footage seen features a Zetterburn ditto on what appears to be the new game's version of the Fire Capital stage, and while it doesn't show much, there are some important takeaways to be had about the game's mechanics, namely that it features both shields and throws, mechanics that Rivals itself lacks, though Rivals' signature parry mechanic is still present.


If you want to watch the full Direct with the Lovers of Aether segments, two condensed versions are featured on the Rivals of Aether YouTube channel: one with the good ending, and another with the bad ending. These versions retain the story segments, though the minigames and other audience input prompts have been removed.

Author's note: What are you most excited for out of the new Rivals content announced in the Direct? What are your thoughts on the choice of Steam Workshop characters that are being added?

Definitive Edition is the complete version of the game
it still gets DLC characters anyway (fan-made, no less)
Click to expand... 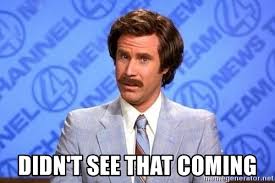 Can't say I expected that, but a pleasant surprise nonetheless.
That Direct was so good.
As a member of the Rivals workshop community, I just wanna say how amazed and happy I am to see that certain characters are becoming official. I'm friends with some of the devs behind these characters, and seeing their hard work recognized in such a monumental way is amazing.

I can't imagine how they must feel right now.
Nintendo should learn from them.

Can't say I expected that, but a pleasant surprise nonetheless.
Click to expand...

Dan actually clarified this on twitter. The main goal of DE was to make it so the DLC were no longer a separate purchase. the new character pack will be a free update.

xzx said:
Nintendo should learn from them.
Click to expand...

Can't do much for Smash about that until they swap out Bandai Namco as the main developer. There's been complaints about the online for Soul Calibur 6, as well.
You must log in or register to reply here.
Share:
Facebook Twitter Reddit WhatsApp Email Link
Top Bottom