What are some Diddy Kong kombos I can learn?(With or Without Bananna) 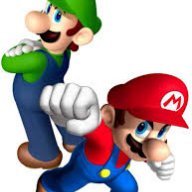 Plz help me I wanna get better with Diddy Kong 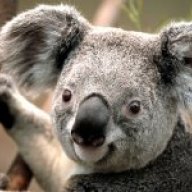 Down throw -> dash attack -> uptilt is can work if your opponent is off guard
dtilt ->dtilt -> grab is really easy and works a lot of the time if you're really close quarters
aerial glide toss -> grab is really important
damn I can't really think of true combos that diddy has besides juggling with aerials and hits out of grab or from banana stun. 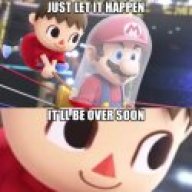 All the combos diddy has are weight, percent, fall speed, and Luigi dependent, so afraid you will have to say what characters you are trying to combo, and what percent.

Example, vs wolf , at around 50, and assuming he didn't cc the nair, you can nair->uptilt->follow d.I nair-> fair for a quick 42% and probably death. Problem is most non dair combos are dependent on stage layout, location of your banana, your opponent's d.I, and cc, so can't really say guaranteed combos like 3.02 where one up throw or down throw d.itrap to side b led to 70% vs everyone not Luigi. 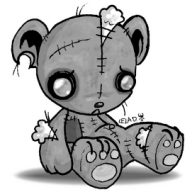 As Sorrow said, Diddy's combo ability is very variable and dynamic. It's better to just think about the knockback and trajectory of your moves, and then experiment while in game. Experience will give you a decent understanding of what moves will extend combos/strings given whatever properties.

With that said, two thinks I greatly utilize as Diddy are his tech-chases / chaingrabs, and his u-tilt. Both are great for long strings or combos.
You must log in or register to reply here.
Share: Facebook Twitter Reddit WhatsApp Email Link
Top Bottom