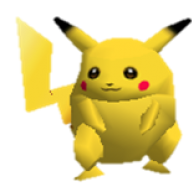 Unlike Bayo and Cloud, Rosa has not been in the Smash Ultimate demo and therefore I haven't really seen any discussion of how she might be different in Smash Ultimate.

* **Shield now protects Luma as well as Rosalina**. In Smash 4, Luma was totally unprotected by shield. This led to many scenarios in which Luma would be KO'd when Rosa is forced to shield. In some Smash 4 matchups, like Cloud and Corrin, Rosa is forced to play without Luma for a large portion of the match because Rosa has no choice but to shield many of their powerful and long-range attacks. This is by far Rosa's best buff in Smash Ultimate, as it will make Luma significantly more difficult to KO.

* **Gravitational Pull now automatically equips opponent's items.** In casual games with items, this is a massive buff for Rosa. But competitively, this will prove useful in only a handful of matchups. Overall this is a buff, but not a particularly significant one.

* **Rosa will benefit from the fact that Rage in Ultimate will either be less of a factor or not a factor at all**. We already know that the effect of Rage is less powerful than it was in Smash 4. Additionally, there is speculation that there may be a toggle to turn Rage in Ultimate off completely, and this toggle could very well be turned on for standard competitive play. Luma's ability to occasionally score crazy early kills aside, the nerf/loss of rage will benefit Rosa, as she is one of the lightest characters in the game.

* **Rosa's edgeguarding could become even more lethal**. Rosalina's hitboxes and long-range recovery made her one of the best edgeguarders in Smash 4 (with the caveat that if she went off stage and botched the edgeguard she could be in trouble). With the huge nerf to air dodge in Ultimate, many characters are going to have a very hard time with Rosa once they get hit off stage.

* **Rosa's Nair has been completely changed, probably for the worse.** Rosa's Nair in Smash 4 was easily one of her best moves because Luma's initial hitbox would come out on frame 3 and Luma would also have a lingering hitbox that swooped behind Rosa, which would create all sorts of traps for opponents. This could even lead into a free grab when hitting a shielding opponent in certain scenarios. Moreover, this move was so good because its active frames were insane, giving it great general utility. In contrast, Rosa's new Nair is more like Ness', a simple "get off of me" hitbox. This move will be useful, and it is actually much better than Rosa's old Nair when it comes to solo Rosa (Rosa's Nair is Smash 4 without Luma isn't a good attack at all), but overall this will likely prove to be significant nerf for Rosa.

* **Luma is now completely useless when Rosa is in hitstun**. The single most broken aspect of Rosalina & Luma in Smash 4 was Luma's ability to attack while Rosa was in hitstun, which completely blocked many of the opponent's combos. However, it seems that Luma now goes into a helpless state whenever Rosa is in hitstun. This change is significant enough that Falln, one of the top Rosalina & Luma players, claims he will likely not main Rosa in Ultimate because this one change so fundamentally changes her playstyle and effectiveness.

* **General nerfs to air dodging and rolls will make Rosa's greatest weakness even weaker**. Rosa's good air dodge and rolls in Smash 4 allowed her to evade opponents well while waiting for Luma to respawn. But now she will have no choice but to try to fight off opponents by herself while waiting for Luma to return. Additionally, recovering to the stage in Smash 4 was already a significant problem for Rosa and this problem will only be exacerbated by Ultimate's mechanical changes.

* **Possibly more combos between Rosa and Luma?** One of the unfortunate things about Rosalina & Luma in Smash 4 is that there were very few situations in which Rosa and Luma would play off of each other when separated to pull off cool combos. But with the change to how knockback works, perhaps this becomes a more viable strategy (think of how King K Rool combo'd a Bair into his own canonball).

* **Nerf to Luma's base knockback?** This is pure speculation, but one of the most common complaints about Rosalina & Luma in Smash 4 was that Luma's base knockback is simply too high. There is simply no reason Luma should be able to score kills with up-air at the top of the stage when the opponent is at such a low percentage. But from the nerfs we've been seeing to the Smash 4 top tiers in Ultimate across the board, it certainly seems like the development teams "gets it," and I think the most obvious change for this character is nerfing Luma's base knockback. I would be surprised if we don't see this change.

Rosalina & Luma looks to be a far more *fair* character in Smash Ultimate that is less likely to make opponents want to throw their controllers. Rosa players are simply going to have to learn to live without the most broken aspects of Smash 4 Rosa. Fortunately, her shield's new ability to protect Luma should also help relieve frustration from matchups in which Rosa would constantly lose Luma. The result will be a character that is fairer and arguably more enjoyable for both Rosa players and opponents.

Obviously, there is still a great deal we don't know about how Rosalina & Luma will play - particularly what combos she may or may not have. Here's to hoping Rosa makes it into a demo sometime soon.
Last edited: Aug 25, 2018 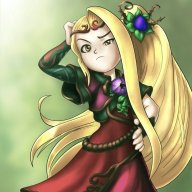