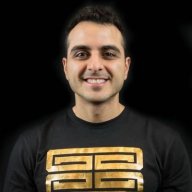 4 Stations will be live.
Controllers provided.
(You’re more than welcome to bring your own compatible Smash for Wii U controller)

A. Game Settings
● Stock and time are set to 2 stocks and 6 minutes for Singles.
● Items are set to off.
● Damage ratio 1.0
● Custom Fighters & Custom Moves are set to off.
● All DLC characters allowed.
● Mii Fighters are legal. Each setup will have 1111 Mii Brawlers/Swordsmen/Gunners available for use (Using Default A-F standard size Miis provided on console). No other specials for Mii Fighters will be allowed. Players are not allowed to transfer existing Miis to a setup.

** If Battlefield is banned, Miiverse in turn is banned as well. Both stages treated as one and the same.

● Stage Clause: A player/team may not pick any stage they previously won on during the set.

● Stage Bans: During the stage ban phase, the player who won the previous game may ban 1 stage from either the Starter or Counter-pick lists.

● SD Clause: On the onset of a SD KO move initiated, the winner is decided by the results screen.

● Gentleman’s Clause: In the case where both players agree to play on a banned stage , then it is legal to play on for that set.