After taking sometime to review some information I got from IPK, and playing friendlies with my friends in a few different MU's I started to learn and realize how good U-Throw actually is. At low percents, its goes straight into up-tilt, can lead to a regrab, you can follow up with forward air, you can of course just wait for them to come back down, and punish a landing. At mid percents (This is all typical, and general for a lot of the cast, please don't take this for each MU case by case.) you can neutral air your opponent, then double team back down, or start to charge an aura sphere to throw out in front of you to force an option on your opponents landing. By that, I mean that you can N-air, Charge, land and throw it, then run after it to react to whatever option they take to either deal with or avoid the sphere.

But, basically, I noticed you can actually u-throw, u-tilt, then punish with grabbing again because people always try to jump away from you, but you snag em with the u-tilt. Then you grab, pummel, then do it again. This is assumed to be done starting around 0 to about 15-20 percent. The characters I managed to pull this off on were Lucas, Ness, and spacies. This of course wont work on everyone, but I just wanted to know what you guys think about U-throw, *follow-up* combos?

Seems pretty broad, but I didn't realize how far you can really go from the neutral game if you secure a grab instead of risking everything with a run up jab, or dash attack. I'm sure it'd probably known to alotta people how good it is, but I was always trying to go off of down throw, so this is pretty cool to me. 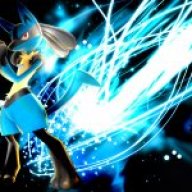 idk if this works on other weights but shiek specifically I know you can upthrow directly into a midair forcepalm, meaning godlike for smashville shenanigans on that moving platform
You must log in or register to reply here.
Share: Facebook Twitter Reddit WhatsApp Email Link
Top Bottom