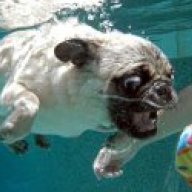 yo I'm pretty new to Mewtwo but find him super fun, I still don't know much about his up-b. Messing around I have found that I inconsistently am able to use double jump after jump->upb. Is this because I go diagonally down past a ledge? Also is there an easy way to upb from stage to the ledge? It seems kinda hard to move the ctrl stick from up to diagonal down to left or right. I also remember hearing that there is still a way to float after up-b, is this still a thing? 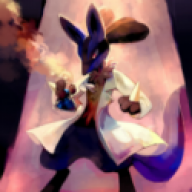 Because you technically can't double jump after jump->UpB, my guess is you are accidentally ledge canceling the teleport. You still can teleport to the ledge, M2 can't grab ledge backwards(I am pretty sure), so you have jump then shortly after teleport in the direction, but while in the midst of teleporting move the ctrl stick towards the stage so M2 will be facing the stage when finishes the teleport so he can grab ledge.

tl:dr : you can't double jump after jump-> upB, and you can never float after a teleport, tele to ledge: short hop to upB, but snap ctrl stick back towards the stage. 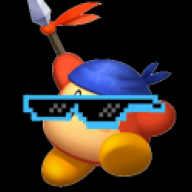 In all seriousness, double jumping after a teleport done in mind air is possible, though it's probably best to not tell you the specifics of that, due to it being oddly situational. In short, mewtwo can only DJ after tele while grounded as far as you're concerned.


The going diagonally down past the ledge is a way of explaining it, but it's not just ledge, but edges of platforms as well. Again, as far as you're concerned, it's not a thing. Better to wait that out since you're still new to the character. As for snapping to ledge with up b, it's pretty easy. Just face to the middle of the stage, and teleport into the ledge backwards. Its harder to explain than show, but I think you get the idea. I think the issue is you may be trying to cut it off too far away from the ledge. Try lining up the tip of mewtwo's tail to the ledge, and progressively get further away.

When you get more accustomed to a character, check out this "guide" https://www.youtube.com/watch?v=DDX5w7nQKlM&ab_channel=Darkoness21 Its a long ass video, and the tech is situational, but I still suggest looking into it to get an idea of more stuff you can do with teleport should you want to.
You must log in or register to reply here.
Share: Facebook Twitter Reddit WhatsApp Email Link
Top Bottom