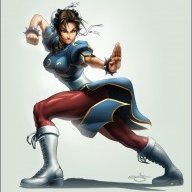 Hey everyone this was a post I wanted to make due to the gathering momentum at my universities Esports society in which I am currently running melee and street fighter tournaments tournaments. The tournament is run in conjunction with the Essex Esports Society and therefore the tournaments are generally free to enter.​
​
The average skill of players is low but people are interested in becoming more competitive and there are 2 experienced tournament players who are willing to teach and train (Me and a member of my crew). For now the tournaments are open to anyone who wishes to come and the attendance ranges between 16 - 28 people per tournament. We run a league system throughout the year which is based on tournament placing and attendance.​
​
Where: Lab M, University of Essex, Wivenhoe Park, Colchester, CO4 3SQ​
When: Every other Thursday​
Sign Ups: 6pm - 6.50pm​
Tournament: 7pm - 11.30pm​
Entry Fee: Free​
​
Melee Rules: Apex 2013 rule set. ​
SFIV Rules: Evo 2013 rule set.​
​
We alternate every 2 weeks between singles and doubles for melee to keep it fresh. So if you live in the area close by and want someone to play this is an option.​
​
​
For more information contact me or head to:https://www.facebook.com/groups/194304743951375/ or https://www.facebook.com/groups/essexmelee/​ 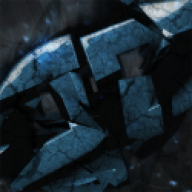 Me and some mates would come down if you ever run PM tourneys.

Oosband said:
Me and some mates would come down if you ever run PM tourneys.
Click to expand...
Sweet dude.

We are gonna be going through some changes leading up to the start of next term essientially we are becoming a fighting game society and will be running weekly events of melee. pm and sfiv - https://www.facebook.com/groups/essexmelee/ - watch this forum and join this group which will be linked to a new group in weeks to come.
W

Hey, I don't suppose there's not still some sort of smash get together is there? I'm a study abroad student from California looking for some place I can play smash. Hopefully this isn't too old of a thread to post on XD. I really need to learn how to use this site.
You must log in or register to reply here.
Share: Facebook Twitter Reddit WhatsApp Email Link
Top Bottom