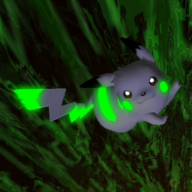 haha thanks, I'd appreciate it
yeah I have 2 of the recommended model currently (one being 80GB IDE, the other being 1TB SATA)
but me being me, if I had 24 of them, I'd be set for a good while (probably a few years at least if I work my butt off)

as for UMC/UGE, progress is a little slow atm due to, well... life

good luck on getting back into the game!
I'm certainly not stopping ;D
as I'm sure everyone knows by now... lol

I promise everyone, all this delay WILL pay off
buuut I might not be able to deliver on every last feature I promised
the simple features, sure, but the more complex stuff might have to wait a bit longer...

I must admit. I took parts of my old Kirby Air Ride source code and worked on it, therefore I actually have a fully funtional OpenGL Interface which can display basic trignometries from a DAT file. No Texture support yet.

But it's laggy and buggy at the moment.

Ah yes a great idea made by the tcll.

just wanted to let everyone know what's been going on.

but for what's been going on, I wanted to let everyone know all hasn't actually been going too well.
- our obsolete furnace died and needs a new igniter (in progress, yes I can build a furnace)
currently using the stove for heat...

- my PSU in my primary finally kicked the bucket after 8 years of use, it's started shorting out to where I can't trust to leave it running for long periods.
not gonna bother fixing it cause it was a cheap $40 PSU and it's so old that it might be a fire hazard, despite looking new.

- been working on fixing a motherboard that could give me 4x the power out of the same CPU in my DNS
did you know that a certain skew of 32bit P4 CPUs actually had hyperthreading??

- I've finally almost completely removed my google footprint
ever since I got hacked on Discord (or Piscorp, credit to Xenoq) by a former community member I used to look up to for years,
it's opened my eyes to just how bad the internet as a whole really is and has continued to become.
like ok, sure, I've never had a My$pace, F***Boom, Micro$**t, Twitter, or Yahoo account cause I knew how intrusive they were...
but when I found out how much you don't actually own and how little control you have over Piscorp, it gave me a TON more perspective over everything else.


but I'm sure you're all interested in anything for UGE, which I actually do have something important to mention.
in order to avoid legal issues, and to keep my project on it's intended focus with general mod-friendly games with poor engine support...
the scripts for operating on Nintendo's proprietary formats can't be distributed with UGE on release.
but don't worry, the fact I still mod Brawl shows my love for the game
so I do still intend to support the formats
but I'll have to provide those scripts separately if I want to keep things within legal realms.

UGE is actually meant for games like Minecraft, Xonotic, RedEclipse,
and other various mod-friendly games where working with their model formats is a painful process.

UGE will still be as extendable as ever, and will still support everything I've done previously.


I also want to say, I hope everyone had a good Christmas

my Christmas may have been pathetic in the general sense with no gifts yet again (I'm not complaining)
but I had a lot of fun this time, which is more than I've had in the last 4 or 5 years
so yeah, mine was excellent! :D
but I still hope I had the worst Christmas over everyone else XD

just wanted to update, my primary PC is hobbling along

yeah the PSU needs to be replaced, but it just had what's basically a heart attack
I cleaned out the dust and the caps are bulging, the board also appears burnt where it's dense with resistors and mosfets
(I'm sure there's a ton of degradation and nothing is salvageable due to both use and age)
but it's at least stable now, I just have to demand less power from it, so I removed a fan and the dead SSD I've been using as swap.

as for UGE, I've taken a break from the Vertex class and straightened up the API
I'm also reworking the base/core area and structuring things much more appropriately with modules like:
ugeCore_process (sub-interpreter process-proxy class)
ugeCore_thread (main and sub threads the sub-interpreter runs)


API standards have also been updated:

ugeCore modules contain classes that don't inherit UGEObject (ugeCore_collection is the only exception)
additionally, classes in ugeCore modules associate in bias of the interpreter initializing the API
(modules like ugeCore_thread, ugeCore_property, and ugeCore_object associate with the sub interpreter)

ugeBase_loader and sub-modules have been renamed to ugeExt
Ext in reference to External or Extension, make of it what you will
this refers to scripts, libs, plugins, and mods
note: mods aren't supported yet, but with the loader class being split like it is, I could very easily add support
(just need to figure out how to make the circle fit in the square hole... maybe a CNC)


and btw, for what I previously stated with repr structs...
I hate to say it, but I may have to scrap dictionaries for lists, which is a shame because hash tables are far better

so this just means I'll have to resort to collections analyzing their input to ensure it meets the requirements of the base class before it can be hashed
this may lead to clashes and unreachable objects (2 separate objects with the same hash).

I could probably get around this if I manually compare a hash as a list or tuple:
for obj in objects[ held.reqhash(repr) ]:
. . if obj == repr: current=obj; break
but you can imagine the performance penalty that would have...
note: isinstance( obj, held ) == True I couldn't use __base__, so I had to do something

meh... I suppose I could live with it for now until I have the ability to port UGECollection to C


but anyways, I'm focusing on a previously (and currently) unanswered question I'd asked on Daniweb about a year ago:
https://www.daniweb.com/programming...ipc-between-a-subprocess-under-native-modules
time to hack and get dirty I guess

just posting a MAJOR minor update towards something that's been holding back UGE for a while now.

until someone punches me with something they've done before me
I'm going to claim being the first to successfully achieve fully anonymous IPC: 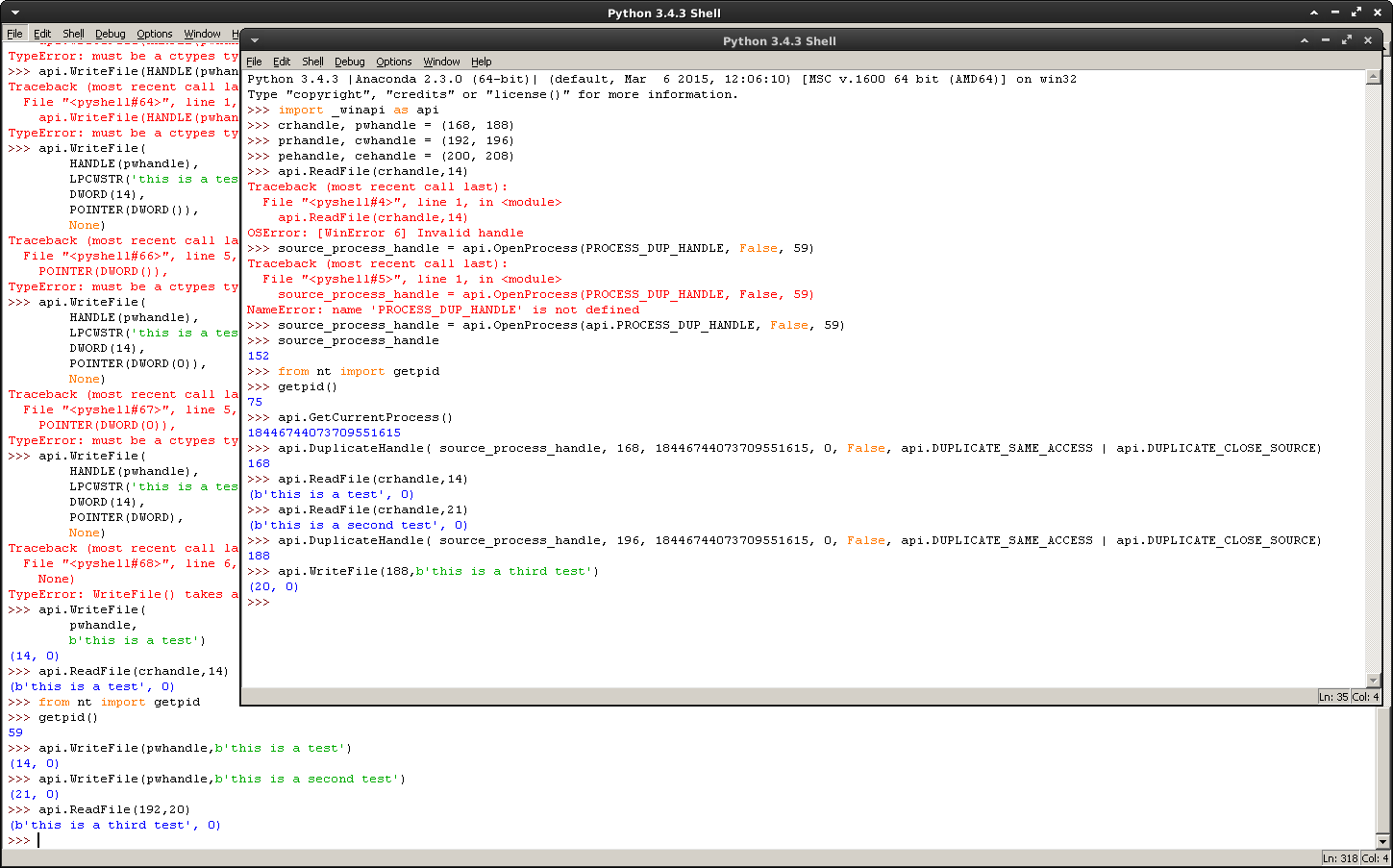 when implemented, R/W will be acknowledged (similar to TCP/IP) to prevent errors or losses
also no, the data will not be openly passed as displayed in the test
I'm currently debating on what type of split-key encryption to use for the data
if anything better than AES-256

I've recently been getting into some stuff involving EXTREME security
and am actually working on another side project involving it.
especially after hearing how big names apparently still use SHA-1 :rofl:
and how my r*tarded government is silently passing the EARN-IT joke that won't protect anyone.
Last edited: Mar 19, 2020 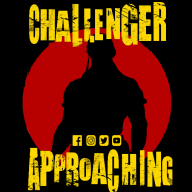 Does anyone have screen shots of the GUI?

Does anyone have screenshots of the GUI?