Under One Roof: What The Big House Means for Smash

The time is fast approaching to get excited for one of the most anticipated Super Smash Bros. tournaments of the year. On October 7th - 9th, the sixth iteration of The Big House (TBH) tournament series will take place in Dearborn, Michigan and with it, the continuation of years of storylines.

While the Super Smash Bros. series in all of its games is no stranger to being a main event at large tournaments, no tournament series stands as tall as The Big House for being so deeply rooted in the early success of the scene’s growth. Without much support from major gaming teams or companies in the earlier years of competitive Smash, the success of the players and tournament organizers was grown from the passion of members of communities that organized their efforts and talents to showcase their skill and love for the games they played. Much like the presence of Smash in the realm of competitive video games, tournaments like The Big House have grown from the early days of grassroots efforts to being renowned events deserving of the prestige that their names carry.


Opening the Doors​
The Big House began with the efforts of Robin “Juggleguy” Harn in 2011 in Ann Arbor, Michigan with a 115 -entrant bracket in Super Smash Bros. Melee singles. Compared to today’s numbers these seem miniscule, however with the team at his disposal he managed to successfully host the regional from beginning to completion within one day. Despite the tournament being a regional tournament, The Big House hosted players from out-of-region and out-of-country, including 7 of the top 8 entrants in Melee singles. The winner of TBH1 was Oscar “Lovage” Nilsson () who walked away with a prize winning of $648 out of a prize pot of $1,619 USD.

The following year the return of The Big House to Ann Arbor lead by Juggleguy and Adam “Strongbad” Oliver and with them, a new game to the midwest stage: Project M was held alongside Melee at The Big House 2. While the first Big House was ran in one day, TBH2 ran in two days but successfully managed to run a singles and doubles bracket for Melee along side a singles bracket for Project M with attendance in Melee growing from last year.

The winners of the singles brackets included Joseph “Mang0” Marquez (,,) for Melee and Metroid1117 () for PM, while Melee doubles was won by Mang0 (,,,) and Zacahary “SFAT” Cordoni (). The Big House was quickly becoming a national tournament to be watched out for in regards to the performance of high quality Smash players and earning its spot in the story of many Smash legends of today.


The Return of the King; The End of an Era: TBH3 &TBH4​
The Big House 3 would manage to become a hallmark event not just for its competition, but as a Smash event in its entirety. A two-day event hosted on October 12th and 13th, 2013, TBH3 had opened up with the premiere of The Smash Brothers, a crowdfunded nine-part documentary that delved into various figures and notable players from the Super Smash Bros. Melee scene that became a gateway to newcomers to the scene and a milestone in community efforts. The event hosted four brackets, singles and doubles for Melee and Project M.

With Melee singles being the main star of the event at 172 entrants, the winner was Jason “Mew2King” Zimmerman (,,) after a fantastic push against two other players regarded as the “gods of Melee”. Despite having a previously losing record that year against Kevin “PPMD” Nanney (formerly known as Dr. PeePee) (,) and Juan “Hungrybox” Debiedma (), Mew2King had shown exemplary skill in fending off his rival gods and coming out on top, cementing TBH3 as an event forever to be remembered as “The Return of the King”. Mew2King would also go on to win doubles in both Melee () and PM (,) alongside Hungrybox (,,), while Project M Singles was won by Kirk (). At the time, TBH3 was one of the largest Melee tournaments of its time, but its attendance would later be outshined with a resurgence of activity in the Melee scene.


" I wasn't scared, I just wanted to do cool stuff". - Jason "Mew2king" ZImmerman. Presented by VGBootcamp​
The next year led the Midwest national to hosting two of the largest entered Melee and PM tournaments as of this writing, with Melee hosting 574 entrants and P:M hosting 333 entrants standing at the 15th largest and third largest respectively. The Big House 4 was hosted on October 4th and 5th, 2014 hosting Melee and PM side-by-side one last time. For Melee, TBH4 is notable for hosting four of the five gods, including the now two-time winner of Melee singles Mang0 (,,,), as well as Adam “Armada” Lindgren (), Mew2King(,), Mang0, and Hungrybox (). Mang0’s road to victory was carved through an amazing loser’s bracket run through Joey “Lucky” Aldama(), Armada, William “Leffen” Hjelte (), and lastly exacting his revenge on Mew2King for sending him to loser’s by toppling him through two consecutive sets in grand finals.

For its last dance on The Big House’s stage, Project M’s competitors didn’t show any signs of slowing down either with singles winner being Gonzalo “ZeRo” Barrios (,) over notable P:M talents such as Aaron “Professor Pro” Thomas (), Marcus “Pink Fresh” Wilson (), and Arjun “Junebug” Rao (). Melee doubles was won by a combination of Mew2King (,) and Armada (), while P:M doubles was won by Mew2King () and ZeRo (). While Project:M may not have made an official return to The Big House after TBH4, a number of powerful players from the P:M scene would still be returning in time for the next event under a new spotlight.

A New Age Dawns: TBH5 & TBH6​
The Big House 5 is the most recent iteration of the prestigious event and with it, a host of new events to the Midwest stage. PM had been cycled out for the latest game in the Super Smash Bros. series, Super Smash Bros. for Wii U. Alongside the fledgling Smash game came support from Nintendo of America, officially sponsoring TBH5 and publicizing the event over Twitter throughout the duration of the event.

TBH5 is another notable community milestone in that it was partially funded through a donation drive compendium with which members of the Smash community could put funding towards extra pot prizes, participant caps, a regional crew battle, and flying in several players to the event. TBH5 currently stands as the fifth largest Melee tournament and seventh largest Super Smash Bros. tournament of all time with 1,317 entrants with a prize pot of $18,170 USD. 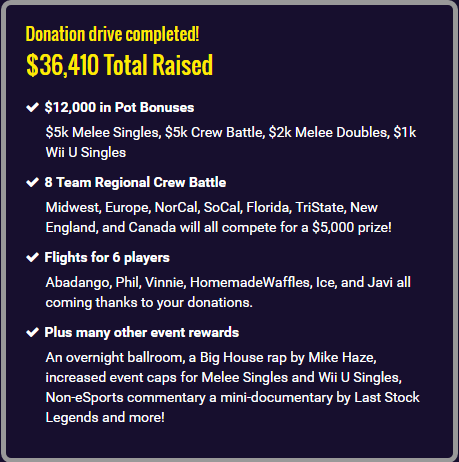 Many names that we’ve seen participating in past iterations of The Big House will be returning to the Midwest to clash once again on October 7th-9th 2016, with both Melee and Smash Wii U present. The event is already proving to be another success of Juggleguy and his team with TBH6 having the sixth largest overall participants of any Smash tournament of all time standing at 1,564 unique entrants. Once again, the event is being partially funded through a donation drive compendium in hopes of repeating the previous year’s success in order to bring more events and more players out to experience one of the mostly highly anticipated Smash events of the year.

Taking a retrospective look to the first Big House event and through the years of how it has evolved, it’s easy to see how The Big House has grown alongside the Smash community and in a way, acts as a microcosm to the change that has occurred in both the games and the players. From grassroots beginnings with simple goals to being a household name for every Smash fan, The Big House has seen the small numbers and humble earnings grow to massive heights. With such a long history as a momentous series, will The Big House 6 measure up to its predecessors and hold its place in Smash history?

You can discuss that right here in the comments section below or on social media with #TBH6 and for upcoming news on The Big House 6, be sure to follow Smashboards for coverage leading up to and during the event! 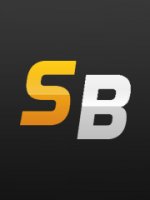