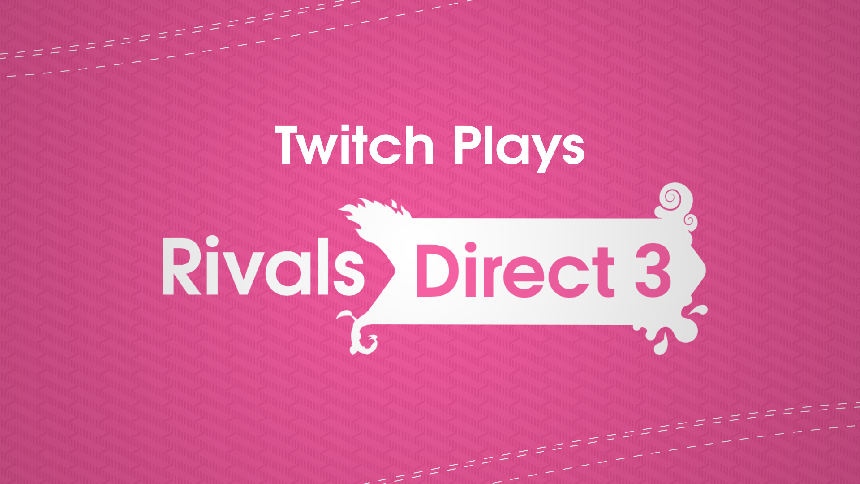 The team behind hit indie platform fighter Rivals of Aether, has announced Twitch Plays Rivals Direct 3, the third in their series of Nintendo Direct-inspired announcement streams. As with the past two, the direct is scheduled for April 1st.

As you can probably gather from the name, unlike past Rivals Direct streams — or perhaps any live game reveal — Rivals Direct 3 will have an element of audience participation. While the exact details haven't been revealed yet, the official announcement says that viewers will be able to vote on which reveals they want to see.

The team behind Rivals has a history of blurring the line between April Fools' Day jokes and serious announcements. While the first Rivals Direct in 2018 mostly consisted of fake announcements, it also capped off with the reveal for Elliana, the game's fifth DLC character, as well as an announcement for the release of her and Sylvanos the next day. In 2019, they took a break from the Direct format, instead releasing Lovers of Aether, a visual novel based around alternate universe versions of Rivals characters in a modern-day high school setting. In 2020, the Rivals Direct returned, this time with a full slate of real announcements, albeit presented in an absurdist sketch comedy format reminiscent of Adult Swim series like Tim And Eric Awesome Show, Great Job! or The Eric Andre Show.

It's hard to predict what will actually be featured in Rivals Direct 3, even without accounting for audience participation, but there are a few things we can expect. With the release of Definitive Edition, Rivals of Aether is basically complete, with only three remaining threads left hanging: the continued development on rollback netcode, the teased but as of yet unreleased Mac and Linux ports, as well as a potential Definitive Edition update for the Xbox One version of Rivals.

Many Rivals fans are also wondering what's the deal with the 3D models that were shown off at the end of Rivals Direct 2. Based on a screenshot featured in a Medium post from lead designer Dan Fornace, it seems that it'll be another platform fighter, most likely proper sequel to Rivals, but there's not much to go off of.

Aside from those, it's safe to assume that the direct will mostly focus on other media set in the Aether universe, be it updates for Creatures of Aether, more information on upcoming projects like Dungeons of Aether or the upcoming Rivals of Aether comic book series. That said, with how unpredictable these reveals can be, there's a good chance we'll also see something completely out of left field, especially with Twitch chat shaping the proceedings.

Author's note: What are you hoping to see in Rivals Direct 3? Do you plan on watching it live, and if so, are you going to participate in chat or just watch the chaos unfold?

april 1st huh, hmmmmmmm....
Imagine if we get a Smash Reveal lol.
I think we'll get a trailer for the new Rivals RPG game in development. What I'd really like to see is more news on Rivals 2.

Watch it be none of these things and it's just of a trailer for Lovers of Aether 2.