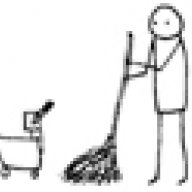 Not the best turnout, but still a lot of fun. No Brawl singles happened, I think Moogle and Will scared all the locals away :-P

Melee Teams (Only 5 teams, so we did Round Robin with top two in a grand finals match)

We didn't actually use tio at this tournament, but I recreated the results in tio so I didn't have to scan my illegible handwritten brackets.

Shoutouts:
to all: thanks for showing up.

moogle: you're skrate beast at everything smash related. I was hoping you'd bring a n64 controller so I brought the 64 just in case. maybe next time
will_: I didn't realize you were good in melee too :-P I keep meaning to get some brawl friendlies in with you but never get around to it. I wanted to rematch you and moogle in brawl, that last game was pretty close.
ihsb: cool as always, the friendlies were fun. we should play more so I can get some samus practice. your samus is out of control
nesnoob: you cant tell me brawl doubles weren't at least KIND of exciting :-D thanks for teaming up. I'd like to try it again some day if you feel like playing brawl ever again :-D come on double falcons is amazing
iori: that brawl doubles set was mad close. that last upsmash was like in slow motion i was like nooooooooo
3GOD: thanks for teaming in melee, i'm terrible against peach and i think that hindered us lul. we did okay though. good job in brawl doubles as well. your wario is really difficult to deal with.
Lee: i hope you check out smashboards. if not you wont see this. but yeah you should definitely hook up with Alabama people, and i can give you some tips
gotf and phail: pretty nice you got fourth place, you took out george and poet thats a tough team
george: thanks for coming out. you were probably waiting for brawl singles too huh. anyway it was fun as always. Kirby and Jiggs team is annnnoyyying :-P
Poet: you kept it interesting as always. give me a call whenever you want to smash. i've been low on money for gas as of late but we can work something oout
Cheap: wtfz i hate peach. especially with fox. like you can not recover against peach with fox. i dont know if i've ever beaten your peach. good job getting fifth.
anomaly: your sheiks gotten better, it was tough to handle in teams. dont get so frustrated all the time lol
jcpwn: hope you weren't dissapointed that your "comeback" tourney was such a low turnout. I've heard of you and it was cool to meet you. plus you're a beast in melee.
drew: i dont know if you come here, but you're the drew from the late night paty smashfests arent you? I guess you see how bad we were in melee compared to these guys, heh 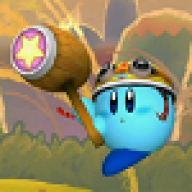 It was a fun day despite the Brawl Singles failing.

@NES n00b - You are really awesome at Melee. Keep up the good work...I might have to resurrect my Sheik and improve her to take on your CF and Marth....but Sheik is boring to play. Also, I enjoyed playing you and T1J in Brawl doubles.

@ihavespaceballs - It was good to play you at least a few rounds in Melee, but we need more next time.

@Iori - I was saddened to face you first round in Melee, but I felt like I did decent. I think you're one of the best players in the Southeast and probably the U.S. Also, our Brawl doubles team is too good...I just need to stop having the occasional stupid death and get Meta Knight banned.

@jcpwn - Good to see you still have some Melee skills. I think you could definitely still be a contender for 1st place in future tournaments if you keep playing somewhat.

@moogle - Your Brawl Fox is scary! Good stuff in doubles. I don't think I played you in Melee this time.

@T1J - I was glad we teamed in Melee despite the ownage of Peach. Also, you and NES n00b were formidable opponents in Brawl doubles.

@Will_ - I wanted Brawl singles too. I need more Meta Knight experience also.

@GeorgeTHPS - I don't think we played any Brawl singles matches . I need to play your Kirby more since he is awesome.

@Brawl Mario Player - I don't remember your name, but it was cool to see a good Mario in Brawl. He definitely has some potential, but dealing with certain characters (no need to cough here - everyone knows I'm talking about Meta Knight) is probably too much for him to handle.

Sorry if I forgot someone - you are all awesome for playing (unless you bailed after Brawl doubles). 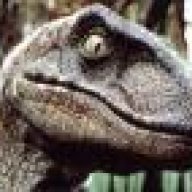 First, I would like to thank T1J for hosting when most Alabama people won't even travel. Also, like to thank him for teaming with me in doubles.

3GOD: Thanks =D. Great seeing you since I barely get to see you like ever. I am suprised at how good you are at Melee given the fact you can't travel or practice much. Brawl matches were fun. I find it kind of funny T1J and I started winning after I chose MK. lol so terrible the balance.

ihavespaceballs: You did so much for me this tourney!! Thanks for helping me out and being such a cool guy. PS. should have beat me in losers finals.

Moogle: You always seem to get a SD the first round. Still very close games and you are so good. I will probably lose next time. Teaming with Will_ was stupid broken of you guys.

Will_: MY god. Good at Melee and Brawl. Never knew you were so good at Melee. Maybe you should focus on Melee so in a few months you start beating all sorts of people. XD You and Moogle team are broken. Sorry for being one of the people not raising my hand for Brawl singles...but man I don't like Brawl singles.

Iori: You are too broken. Darn you going Sheik. I will get you next time. >=[ probably not lol.

Cheap: Nice playing with you. and thanks for the compliment you gave me. =D

Poet: Haha you are loud. Fun friendlies with ya.

The arby's get togehter was epic. Bar none. 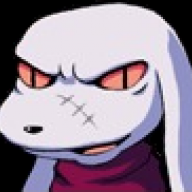 Who is the Chad imposter?! 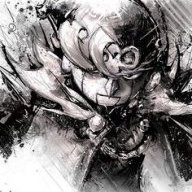 Moogle: I was totally sandbagging in that chess match. Clock Johns.

You have so many games from my childhood and more, I never knew Earthbound was that good. I gotta play more. XD

T1J: Thanks for holding the tournament. No Brawl singles was a drag, but it ain't your fault. Very nice double Snake team.

GeorgeTHPS: Your Kirby had me on the ropes again. I think you've gotten even better with Kirby. >_>

Nes Noob: Nice meeting you, Thanks for the melee DI compliments. I'll try to get better at melee to hang with you guys. Your Falcon is awesome.

IHaveSpaceBalls: You are a cool guy that doesn't afraid of anything. Your melee team with Iori is insane to watch. I'll get to watching Guren Lagann soon.

3GOD: Good Wario, playing against Reflex made me respect that crazed degenerate. I didn't get to play you in melee though.

Iori: Holy crap you are good at melee. I just have a big @_@ on my face when watching/playing you.

Poet: Good Jigglypuff. If you want smashfests, I'm sure Moogle could set something up on a weekend where he's not doing anything.

-Chad- said:
Who is the Chad imposter?!
Click to expand...

there are lots of chads, but only one -Chad-

nes noob is the best falcon in the midsouth.

theONEjanitor said:
nes noob is the best falcon in the midsouth.
Click to expand...

Also, I have one john...since Brawl singles didn't happen, I didn't get my "discount" for bringing a setup. I should get a double discount next time .

if I run another tournament, I might do away with the whole discount thing. its sort of a pain to keep up with. I'll make sure you get your discount though 3god. and spaceballs didn't get to use his either i dont think. or nesnoob. 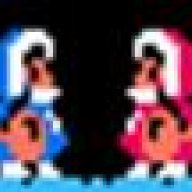