thinking of the next direct... 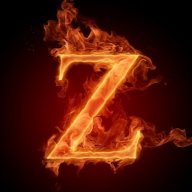 i keep finding myself thinking about the next direct, and i figure it's probably gonna happen in october... i mean, that'd make the most sense, since the last direct took place two months after the first one, which was at E3.

june, august, october... and two months after that, the game releases in december.

also, looking at things, one more direct seems like all it would take to finish revealing stuff that they want to reveal before release.

all that's left is to reveal any remaining characters, if there are anymore... and talk about that secret mode as well as whatever is in the "games & more" menu, which i don't think they've done, yet.

likely being the final direct, it should end things with a bang, which i imagine is why they wanna keep that mode secret til then.

i prefer not to speculate, myself, cause i honestly went into this whole thing not expecting ANYTHING, and i've been hit with surprise after surprise, being absolutely ecstatic over every little reveal.

but i felt like atleast getting this off my mind, so hopefully it stops lingering day after day.

does anyone go into these things with realistic expectations, or even expecting nothing, like me?

cause it seems like most people look into things too deeply, and speculate a bit too much, which builds false hype, and that tends to leave them disappointed, no matter how awesome the reveals are.
L

I think we will have a new direct to show more content of the game, like new stages and game modes (specially the misterious mode on the main menu).
And then a final direct with focus on the online multiplayer modes. I don't think the 103 stages are the final number, I think they are always trying to surprise us making us think we saw everything but always bringing more stuff.
Also, I think they will announce at least one new character in each direct.

so you're anticipating two more directs?

but a final direct talking about ONLY the online mode would be an... extremely underwhelming thing to end on.

looking at all the stuff packed into the previous two directs, i see no reason why one more direct couldn't get online mode along with everything else out of the way.
L

I dont think it would be underwhelming, unless if they have nothing too good to show. If they put a good ammount of effort on the online structure of this game, they can show menus and modes avaiable to play, some party system, maybe a competitive system, that would be great. The online in Smash for WiiU was too simple, they can have a huge improvement in this game, maybe some thing like ranked matches work in League of Legends and Overwatch and other competitive games.
Last edited: Aug 13, 2018

even then, online mode would only take a few minutes to talk about... it's not that interesting of a feature, really.

the directs so far have been around 20-30 minutes... i can't imagine online mode by itself providing that much to talk about.

and yeah, it would be underwhelming... compared to the secret mode, more characters, etc... online mode wouldn't be nearly as exciting or hype-inducing.

so having three directs filled with absolute tons of awesome content, and then having another separate direct that spends maybe 5 minutes talking about online mode... that'd be a weak way to end the build-up to release.

there is no reason online mode can't be in the same direct as the other stuff they have left to reveal.
Last edited: Aug 13, 2018
L

Oh, but I think they will announce at least one character in each direct, for the last one they can even save two characters. They can spend a good time on them, and in the new final stages. I still hope to see at least some new stages on this game that are not from previous titles (five more would be enough).
Last edited: Aug 13, 2018 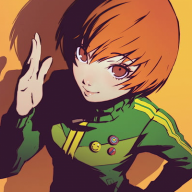 I can’t really anticipate anything else maybe besides Waluigi and even then I would still be happy without him in the game at this point. The last direct hit me with everything else I was hoping for and more. Chrom, Dark Samus, King K Rool, over 100 stages, over 800 music tracks, menus that are decently functional, and Final Smash meter was just about everything I wanted, and they went above and beyond by adding Simon, Richter, more items, Pokémon, assist trophies, and stage morph.
L

For this game to really be the Ultimate game that I have nothing else to complain, I think it just needs:

1. The return of some of the remaining stages like PokeFloats (with a remake to have better graphics and new pokemon - I would like if the pokemons were like balloons on a parade), Miiverse (they could just have a good ammount of panels saved from the miiverse days), the Wooly World stage, and at least 7 of the 14 stages that are missing.
2. At least 5 new orignal stages (not counting the already announced that were too few).
3. Campaign mode.
4. Characters: Banjoo-Kazooie, Crash, Rayman and Waluigi (and Shadow as a Echo Fighter for Sonic). I'm going a bit far and adding Goku too to super surprise effect.
5. A very complete online system. With simple/competitive matches, possibility to participate in tournaments (properly, cause on smash 4 it was not well planned), possibility to create custom online matches with the rules you want, and even maybe rotative modes and events.

I will not be sad if some of these things do not appear on the game, but I hope some of them will happen, and if not, there will still be space for improvements on the next game.
Last edited: Aug 13, 2018 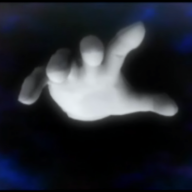 Yeah, the next direct should be out around the first half of October. The things that I expect is: 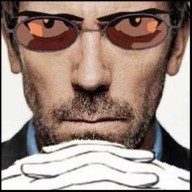 One to talk about online modes, reveal a few more characters/items/stages etc.

And then a final one just before release to talk about Story mode and reveal the final characters/items/stages etc. 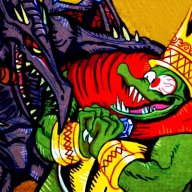 and don't forget that a Nintendo Direct in september will occur.
a newcomer is likely 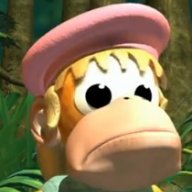 If my third party boxart theory is correct, then hopefully Banjo Kazooie and Geno are shown off in the next direct. Shadow doesn’t need to be since he’s a secondary character. 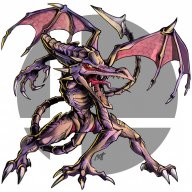 I am the terror that flaps in the night

I expect a direct in sept before the launch of the paid internet service
Last edited: Aug 14, 2018

just saying, people should stop expecting waluigi at this point, i mean, he was already shown as an assist trophy at E3, they popped that bubble before it had a chance to even begin its ascent.

i still find it odd when people say "all i need before i'm happy and have nothing to complain about are these extra half a dozen things" or something along those lines... this game already has FAR more in it than i think we deserve, especially with some of the more hostile parts of the fanbase having harrassed sakurai, which makes me wonder why he didn't just straight-up cancel the game.

though, i suppose it'd have been a waste of money to do so, that's likely the only reason we're still getting it.

i've made it a point to be a lot more appreciative and thankful for us getting ANYTHING, really, rather than continuing to desire more.

i mean, people have to accept the inevitability, if there are anymore smash games after this one... they're NOT going to have anywhere near as much content in them, cause they can't continue bringing everything back for every future game.

even if there was nothing else to reveal and classic mode was the only single player mode, i'd still be completely satisfied with what we have... so honestly, i'm not expecting that secret mode to be anything.
Last edited: Aug 14, 2018
You must log in or register to reply here.
Share: Facebook Twitter Reddit WhatsApp Email Link
Top