Not being to dash-cancel Paralyzer is pretty bad. The end lag after doing any type of shot (charged or un-charged) is pretty big. How do you guys feel about this? Also, the uncharged shot is clankable. The charge-up is faster but that's not saying much. 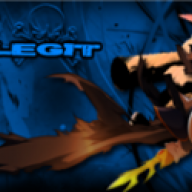 The move is terrible now. It's literally the worst projectile in the game. Laggy as hell,no damage, uncharged shot is useless even on hit (can't pressure afterward), so the only time its ever useful is when its charged, but nobody is going to get hit by a charged shot. We used to be able to use it to bait out a roll/jump or setup for a grab but now its just a projectile we throw out in the hopes that it lands for free percent. It's slow, readable, and punishable. Awful change.
Last edited: Nov 16, 2014
C

Exactly, if it didn't have as much end lag it would be ok. It was a huge change to anyone that played ZSS, it was one of her signature things, poking with Paralyzer and dashing away or following up. Now we can only use Paralyzer from really far away, which is useless since the distance is too big to do anything with it. Just like you said, some free %. 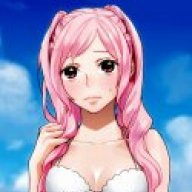 I guess we'll have to see what happens from here on out, it just sucks that it almost makes another one of her moves less useful (lol at UpSmash)

A lot of people are just switching mains. Others (like myself) are going to give her a chance for a while, but who knows how long that will last. 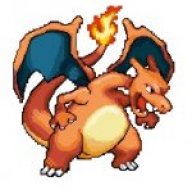 full-charge paralyzer is actually easier to land now thanks to its improved charge speed, and uncharged blaster is still good for edguarding, i also found that you can shoot it faster if you time the shots perfectly
C

kaizo13 said:
full-charge paralyzer is actually easier to land now thanks to its improved charge speed, and uncharged blaster is still good for edguarding, i also found that you can shoot it faster if you time the shots perfectly
Click to expand...

It might be easier to land but you can't get much out of it most times. The only really good thing about the Paralyzer is that it's easier to gimp the recovery. If they are offstage about your level, I use it, the go down which means a sweetspot, then I can downsmash and forwardsmash

CzarYoshi said:
It might be easier to land but you can't get much out of it most times.
Click to expand...

yes you can, i get a free running f-smash every time
C

kaizo13 said:
yes you can, i get a free running f-smash every time
Click to expand...

How small is the stage? I've never gotten that. They mash out in a second, sometimes 2.

CzarYoshi said:
How small is the stage? I've never gotten that. They mash out in a second, sometimes 2.
Click to expand...

i've gotten punishes across the stage, you just have to time it right. Her blaster has IASA frames, you're able to move as soon as her front foot slides back when shooting
Last edited: Nov 23, 2014 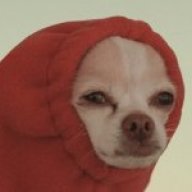 
So is having full drift control during it
J

I always feel like whenever I start charging a paralyzer shot in 3.5 my time would be better spent doing something else. It doesn't feel that bad really, but I just think that its rarely the *right* option per se.
You must log in or register to reply here.
Share:
Facebook Twitter Reddit WhatsApp Email Link
Top Bottom