The BlazBlue Thread: all the imports! 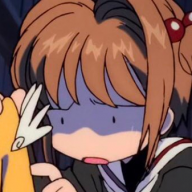 That's totally Nine at the end. It just has to be.

So, thoughts on if it will be the last one or not? I've heard some discussion of that based on how "complete" the series's storyline is according to the team, though you never really know.

Other than the inevitable Extend version that adds something, I wonder if it's it, at least for a few years. I really like BB, but having so many Extend versions has worn me out. How long ago did Japan even get CPEX? This year, right? 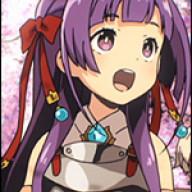 Now I realize getting two copies of Chrono Phantasma Extended was a mistake. T_T ★ 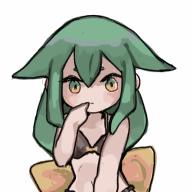 This announcement saddens me.
CP is still kinda new and fresh, and its mechanics allow it to keep being dynamic.
Having a new game now feels too early....


Now a question, what other spinoff is yet to be merged with the main storyline? 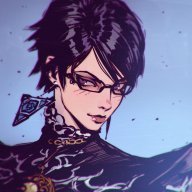 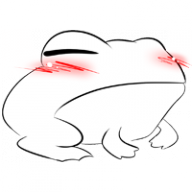 It's not gonna come out here for another year+... we still have plenty of time to play extend.

Yeah, to be fair, this is completely in line with ArcSys' development cycle, as long as you ignore the timing of NA/console releases. If anything, Chronophantasma has overstayed its welcome by a year, relatively.

July 18-20 is only the location test, and based on previous release dates it'd be safe to assume that CF will follow previous iterations and release in winter. Console releases didn't come until around half a year from arcade release, and NA localization several months after that. So if you're not the kind of competitive player or BlazBlue fan to import your copy, don't expect to be playing Centralfiction until summer 2016.
Last edited: Jul 13, 2015

Spelt said:
It's not gonna come out here for another year+... we still have plenty of time to play extend.
Click to expand... 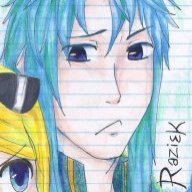 Neither do I, since Terumi is ass.

Standing overhead coming up tho?!

That's fine, I was more talking to the people complaining about it being too soon. And not just in this thread either, it's the universal complaint when it comes to ASW games and I'm tired of going through the same spiel. People should be expecting this by now! It happens every time. And TBH I think this release cycle is great. I have a new game that I can still enjoy and play, and I have another new game to look forward to playing whenever it comes to consoles.

Centralfiction releases in arcades this November 19!

From the locktests, it looks pretty solid. Like a polished version of CP with few new mechanics thrown in.

I'll be happy when CF drops on consoles because no more Extend! 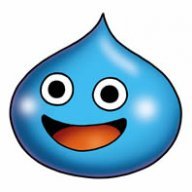 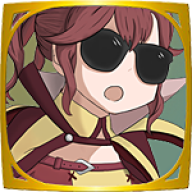 You're all doomed when I get to use her.

Minato said:
You're all doomed when I get to use her.
Click to expand...

We'll see, I hope you're looking forward to the mirror match.

Spelt Give me some CF Rachel ideas to test out if you have any. I have some ideas already, but I'm hoping to find some wind regen combos today. Probably my main goal. Gonna mess with some level 2 j2c and see if new 214B is crap or not as well.

There's too much I don't know about her at this point to have many combo ideas. Does j.2c cause crouch? and is it even an overhead still? Also is her 5b still awful? can we do 5b>6a off of an A starter? I'm also wondering if they buffed the damage on lv3 top at all.

If I think of anything else I'll let you know. Also if you happen to have a twitter you can message me on there @splel, I'll likely notice it faster than I will on here.

I don't think j2C forces crouch, but I didn't mess with it much in sparring mode. I don't think it can even gatling into j.C afterwards. I tried messing with j2C oki. Without pumpkin though, I see little reason to, however. I'm not sure what they changed on 5B or j.C, but doing something like 2B 5B j3DBC 5B 5C dropped a lot. Feels a bit more strict for some reason. It's annoying since I often opted to go for something simple like 5A afterwards. I'll try sparring mode and see if I can get used to the timing for a possible microdash 5B 6A.

Level 2 j2C combos don't have as long untech time as CS2 days, but I think I can get a 6A followup with hopefully a 236A route going. I messed with some level 3 j2C after corner BBL like CS stuff. Not sure if I can get the level 3 comfortably with just 1 wind. Trying to see if I can do level 3 j2C to frog into some sort of Ivy Blossom mid combo and end with oki Ivy Blossom again.

Air conversions are a lot more finnicky this time around. Either 5B feels slower or there's been some additional gravity changes applied overall or to some moves.

Also as expected, no pumpkin for Rachel sucks. Neutral took a hit from it and protecting George or using George as a bait for pumpkin punish, it's pretty difficult now that it's all gone. Felt like pumpkin was sort of the glue that held everything together for her.

She's not terrible, but it's quite the loss after so many years.

I think gravity was increased, which is why rachel can do stuff like j.[c] j.c 6a 4b windless. Seems like she'll use significantly less wind for conversions this time around because of this, which is good because her wind regen still seems terrible. but it'll also make A lobelia routes a lot more difficult and situational.

It's been nearly a year since anybody posted here, but Centralfiction is coming to console on October 6 for Japan and November 1 for North America! Let's all enjoy fun games again!

In one page, we have the announcement of the arcade version and the release of the console version.