I'm simply curious how many people use the dthrow -> bdacus routinely in a match. Reasons why you think you should use it? How often do you mess up the execution or they simply avoid it? Maybe you don't use it. 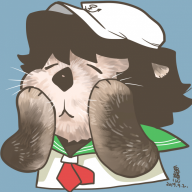 I use running > dacus if they DI down and airdodge. Works fine and you don't have to throw a blind bdacus. 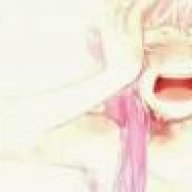 I'm new to Falco, but bdacus from dthrow should always hit when they DI down (don't need to wait for the airdodge). You shouldn't be spamming it though, 'cuz they can just DI up. Just mix it up, you can bdacus from your ledge attack, shdl, dthrow, shield, and spot dodge.
But the bdacus is important altogether.
I use it, but since I'm still new I mess up around 30% of the time. 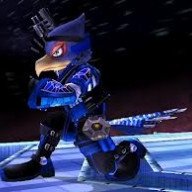 For BDACUS, smashing the C-Stick Up is pretty easy, but it's uncomfortable for me to do so. Might be because I'm a lefty, but that's not the point. A frame-perfect DACUS is easier in my opinion, by using Down-C -> Up-R. (Set to attack) It's distance covered is pretty close to the same as a BDACUS (negligable) if performed correctly, and if you can read the airdodge after D-Throw, it's a free Up-Smash. (As Teluoborg said, a running DACUS) But, BDACUS works before the airdodge as MegurineLuka mentioned. Also, you can BDACUS out of anything really, from touching the ground to a pivot.

In response to, "how often do you mess up the execution?" I'd say probably 5% of the time. But that's because back in my early competitive days I spent hours upon hours practicing tech skill rather than reads.

I tend to use it outside of D-Throw more than anything. I know it's probably not the best idea, but I don't mind staling Up-Smash. I admit I used to spam it, but still I think it's good to throw in every once in a while to trip up your opponent. I've punished Marths mid-Dancing Blade by doing a turnaround BDACUS, fun stuff. 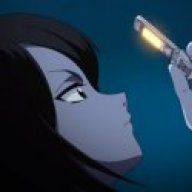 Use after D-Throw.. I only really use it if they Di down and if I feel like they'll air dodge (Prone at higher damages if they Di down) I'll charge the BDacus to catch the air dodge.

Normally I use it after an SHDL if they've fallen into the lasers while air born.
D-Throw is when I can read their Di/ Try and guess to catch them off guard.
Air Release -> BDacus is when I hear them mashing :3

Edit: I doubt you're actually doing a turnaround BDacus.

Assuming you face right and want to BDacus to the left Oos.

Which.. is harder than the DDD buffered reverse infinite.

From my experience, it's pretty close to the same length. Charged DACUS and Charged BDACUS both reach about half the length of FD when done correctly. When uncharged, the same difference in distance applies. A true BDACUS goes from the left "circle" on the ground to the right "circle," on Battlefield, correct?

I do turnaround BDACUS OOS with C-Upx3 after a buffered turnaround dash. I've never been able to do it with C-Down, but it's just because I'm so used to the muscle memory for C-Upx3. 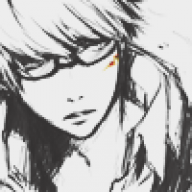 The different lengths of the bdacus come from whether or not you're doing it on the earliest frame possible. There's something like a 3 frame leniency for BDACUS and depending on which frame you execute on, you get different lengths.

Interesting, I didn't know about that. I have seen where I get a 3/4 length BDACUS or something like that, where you don't continue to move forward as if the Up-Smash cancels the momentum. Is that what you're referring to, or something else completely different?

clowsui said:
The different lengths of the bdacus come from whether or not you're doing it on the earliest frame possible. There's something like a 3 frame leniency for BDACUS and depending on which frame you execute on, you get different lengths.
Click to expand...

You ONLY get the varying distances when you input something outside of the buffer window, making it not buffered.

Close to the same length =/= BDacus.

That's like saying I can BDacus out of a soft landing with Dash + C-Stick Down -> Up.
But I can only make the inputs fast enough for a regular dacus.

Anything less than a BDacus full length is NOT a BDacus.

so it doesn't work like sheik's regular dacus? sheik's dacus has the same bull**** going on where depending on the timing of the input your dacus length changes

Yeah, I believe 1PokeMastr is correct. The only time I've ever seen it shorter in length is if I miss the second C-Stick Up.

I remember hearing that Sheik's DACUS is unique; probably in the way you explained earlier.

BDacuses can't because it's buffered, so when it comes out, it's on the soonest frame possible. 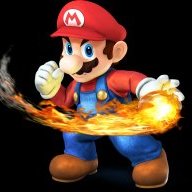 Eryx Vexia said:
I'm simply curious how many people use the dthrow -> bdacus routinely in a match. Reasons why you think you should use it? How often do you mess up the execution or they simply avoid it? Maybe you don't use it.
Click to expand...

When I was decent with Falco, I tended to go for it always after a Dthrow at around Usmash KO percents, the reason being that people still like to DI horizontally away from Falco even though he can BDacus you for it.

I could get the Bdacus fairly consistently, but I couldn't get charged Bdacus consistently. That's a problem if the opponent immediately airdodges when they DI away horizontally, as the normal Bdacus will whiff, but the charged one will catch them. DEHF pulled it off against M2K when they played at Apex 2013.

For those having trouble with the charged BDACUS, I'd recommend remapping controls to have L or R set to attack. (Keep shield on one you like to shield with, obviously.) That way, you can do Up-C -> Up-C -> L or R. I find it much more comfortable than using Z for both charged DACUS and BDACUS. It's personal preference, but just a suggestion. 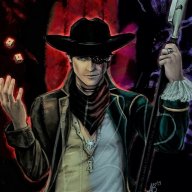 From what I've seen and experienced with dthrow, characters (or well.. only MK as far as I've seen) can DI down and air dodge on first actionable frame (kill percentage) and avoid the uncharged bdacus easily if they got the timing right. That makes sure that dthrow close to edge gives you no extra setup if they choose that option because you can't charge and read the airdodge due to the edge stopping falco's forward momentum. Or am I wrong?

Me, I got used to attack-dacus by right hand claw grip pretty early back in 2009 when practicing shiek dacus, but found out later that even though my index finger dexterity is amazing, charging bdacus with A is IMPOSSIBLE. Having index on A is too uncomfortable while mashing c-stick >_> so I eventually changed up R to attack for charge only, and that's why I'm so bad at it.
For me it's either bdacus or charged frame perfect dacus untill I take some extra time practicing the use of R. But because I got so used to pretty frame perfect dacuses, I never bothered learning bdacus untill 2013, and for a long while I couldn't do it more than with 25 % accuracy, all untill recent training. Claw grip is pretty handy apart from that scenario, though. Can link up X and Y (and A in dacus) with A, B and C-stick with 1 frame or close to 1 frame most of the time.

Text ending up bigger than intended, but something about bdacus confuses me. Like.. Here's the different bdacus situations I've touched upon in training room,with accuracy of how often I complete it:

And by shl and shdl, I mean those who are low enough to hit mk on ground. One should have thought that shl had a similar bdacus input timing as shdl, but I seriously struggle on that one, no matter what. Is there a difference to the timing of your sh when you're supposed to start the extra inputs between the two, or do I just mess up completely by the simple extra B-input? It's kind of embarassing, but I'm STUCK at shdl -> bdacus. I gotta know or else I'm gonna rely on frame perfect dacuses again, lmao..

The SHL timing only feels different because you have to input the laser 10 frames before the ground, instead on the shdl where the second laser is buffered, giving you more frames to move your thumb to the c-stick from the b button.

1PokeMastr said:
There is no point to your post.

The SHL timing only feels different because you have to input the laser 10 frames before the ground, instead on the shdl where the second laser is buffered, giving you more frames to move your thumb to the c-stick from the b button.
Click to expand...
Ah, nice. I figured i was the only one who accidentally started using A, but w/e. Using C-down should be interesting, though. Gonna try that out. And the second laser buffered explained a lot why my timing is messed up, so thanks.