so, shall we ban dreamland to piss people off?

ban pika and make congo the only legal stage 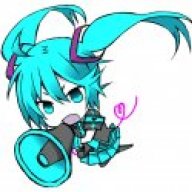 First match of all sets is played on Congo Jungle.

If Gamesharking is in effect, the Stage Striking system is used. In this system, players take turns striking stages from the Starter Stage List until only one remains; these stages are not banned and can be counterpicked later in the set.

Luxord said:
Agreed with KF. If you see a serious Winner's/Grand Finals with one/two Pikachus the gameplay is disturbingly similar to MK play. Very campy aerials to avoid punishment and once a hit gets off momentum shifts. Although momentum can shift back a lot easier in 64 I suppose.

But even in terms of recovery, both are very strong and both have the "best" recoveries for their respective games.

PS) But I guess Pikachu has never been suggested (seriousuly) for a ban for two main reasons:
1. The competitive nature in smash 64 is nothing like the extremelyuptightaboutwinning East Coast in brawl and,
2. A more skilled player will usually will in 64 while being slightly underskilled but using MK can get the win.
Click to expand...

I think that the banning of Polygon characters is absolutely ridiculous and should be removed at once. I mean, they obviously aren't broken or anything, are they? They're ****ing NORMAL CHARACTERS WITHOUT B MOVES. WHAT THE ****. This severe flaw in the ruleset must be addressed immediately.

And +1 to banning Ness, with him and Pika gone I'd daresay this game would be pretty balanced

it doesn't say Giant DK is banned FYI, but since he's not in the legal character list that's ok.

we should make hyrule neutral and hyrule w/o tornadoes counterpick