Talking with ESAM: The Mind Behind Ranking Every Smash Ultimate Move 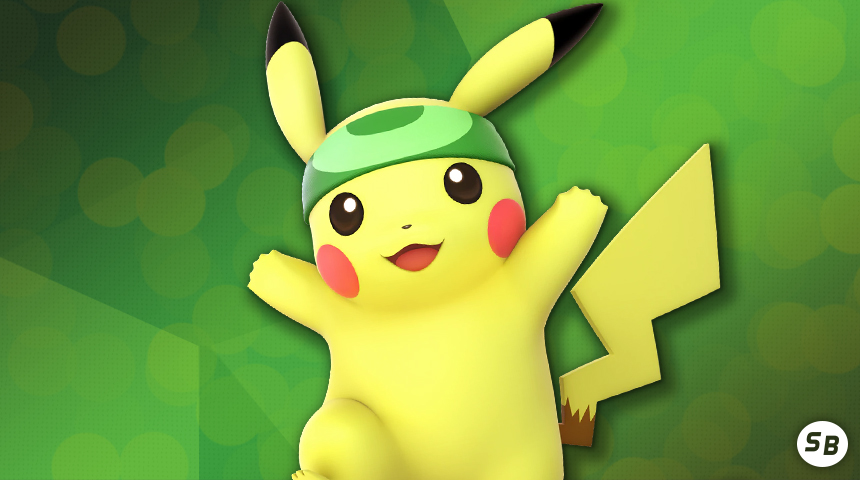 Among the plethora of moves within Super Smash Bros Ultimate, which ones are the strongest and weakest? Every move has its own unique properties and trying to sort through them all can be mind boggling. Luckily though, the best Pikachu player in Ultimate, Smash for Wii U and Brawl, Eric "ESAM" Lew has been creating tier lists for each move. I recently was able to interview him to gather some of his personal insights on these lists and here's what he had to say!

Sucumbio: So, Eric. Nice to meet you and thanks for agreeing to answer some questions for our readers! Firstly, let me ask: What made you start thinking about the game this way? How did you begin this analysis?

ESAM: I would always get questions in my stream like "Oh how good do you think X move is" and it would be tough to answer. I know I covered the "Best of each move" before like in one total video, but people always had doubts and questions on those as well. Plus, as a content creator, tier lists equal views so it is good content that is fun to make and successful.

Sucumbio: When making your move specific lists what are you basing your placements on? i.e. practical applications, "in a vacuum", etc...

ESAM: I base them in a vacuum, so ignoring the character's stats and special attributes. Imagine Double from Skullgirls where they transform into the characters of the moves they steal. That, but in Smash. So like Peach's back air has the exact same hitbox, landing animation and damage, but it's not just on Peach. So no character stats, no character specific combos, just the move by itself as if it could be on anybody.

Sucumbio: Now that you've covered several moves have you come to any conclusions in terms of overall meta? Do any one or more characters seem to always be close to the top?

ESAM: I mean honestly there are several characters that are bad that have great moves. Incineroar, Dr. Mario, and Ganondorf almost universally have high/top tier moves, but they are stuck on a character with bad stats so you don't see it as often. Roy, Chrom, Mr. Game & Watch, and one of the Aegis are always up there as well, along with Pikachu. Some characters are more up and down, but sometimes the stats of characters are so overwhelmingly good that you don't need broken moves, you just have an amazing shell. The thing this DID do is make me realize that some moves are way better than I thought, like Toon Link back air (Why is it -4 on shield) and it also makes me appreciate the patch notes of the game a lot more. So many minor changes have made huge differences and different minor changes could have completely shifted the meta (Like giving Toon Link like .3 better air speed). The game is so carefully balanced and while there will always be amazing and bad characters, so many characters have a discussion as to where they are on the list.

Sucumbio: Fascinating! Are there any other insights you'd like to share about your work on these tier lists?

ESAM: I think people take the crazy moves their character has for granted, assuming you play a character with good moves at all. Basically every character has something good, and if you look at your moves like that you can definitely understand which moves to use more often, and which moves are more niche. I think almost every single move in the game is usable, and I think they're a good way to look at potential new mains or secondaries depending on which moves you like using or how they work. I think breaking the game down is really helpful, as helpful as looking at it in the macro sense since so many little things go into making the best and biggest decisions for a bunch of top players. Obviously I don't think I was 100% right on every placement and there are some things I don't understand through sheer lack of experience with those characters, bias from my mains and how they deal with things, and lack of exposure to different applications, but either way I think it has been a lot of fun .

And that's a wrap! Thank you all for reading and make sure to check out ESAM's twitter, all of these tier lists are on there! You can also view more of ESAM's content on his YouTube channel and Twitch!

You can also check out some of his tier lists right here:

All above Hero's are REALLY GOOD MOVES pic.twitter.com/6l3JppEUbQ

Only top 10 ordered. This is a formal apology to the isabelle mains for when i trashed her nair LMAO pic.twitter.com/ocVbfN2Ttp

JABS IN A VACUUM

I don't consider the FGC characters to have cancelable jabs

Ignore the echoes cuz idk but DOWN B TIER LIST

Joker and Ness were hard to rank specifically pic.twitter.com/lguDDmD0bz

Order in tiers is VERY loose except for top 5/1

Author's Note: Any other smashers you'd like to see us interview? Let us know in the comments! 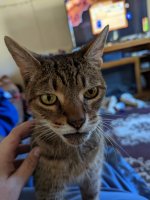 I hate how he always says he judges theme in a vacuum and proceeds to judge said move on the characters kit, without taking into account their air mobility, ground speed, hurtbox shifts, etc...

Linkmain-maybe said:
I hate how he always says he judges theme in a vacuum and proceeds to judge said move on the characters kit, without taking into account their air mobility, ground speed, hurtbox shifts, etc...
Click to expand...

If I understand his explanation correctly he takes the moves off their originator and imagines them as pure hitboxes. As to what he believes as he says he knows he's wrong on a few or just straight up doesn't know but in general it's not a bad set of data because as you can see some characters do tend to have more great moves than others. But he also reminds us that every kit has some great moves just they're "stuck" on a character with poor stats.

Rizen or someone can fill in that blank.

Edit: doh! He mains YL not TL any TL mains?

Last edited: Jul 18, 2022
I don't know much about TL but he mentioned giving him better airspeed. Speaking as a Young Link and Link player, that could make any of the Links into toxic characters pretty fast. The Links all have three projectiles and are zoners with big Link also being a heavy sword zoner. They like to keep opponents at a distance and throw stuff at them to create openings. They force approaches. This could be over powered on a stage list with big stages like Temple for them to run away on but in the current rule set it's well balanced. Good players can get around projectile zoning even with bad characters. One thing you have to accept about YL is he's going to have to interact with the opponent. The Links tend to have good neutrals but can get blown up in disadvantage as intentional weakness. If any of them got better air speed it could make them extremely hard to chase down in neutral and frankly toxic for things like timeouts sort of like Sonic. Average to poor mobility is a defining trait of the Links and probably a good design choice. Although, I do think big Link could use some more frame data buffs.
Last edited: Jul 18, 2022

Rizen said:
Although, I do think big Link could use some more frame data buffs.
Click to expand...

This is the only thing I disagree with. Link is currently in like the top ten for KO power, and I just feel that frame data buffs would be toxic as well. Especially moves like forward air where they can be spaced and are basically aerial smash attacks. The only moves I could see being buffed without being toxic is bomb, down tilt, and neutral B (and down tilt recently got the knockback angle buff, which allows someone even as slow as link to combo from it) All his other moves either do well above average damage or have remarkable frame data like bair, which would make them way too oppressive if given any kind of significant change. Or in the case of boomerang, dominates neutral. Then nair which does all of the above.

I also feel that his middling frame data is balanced by his massive sword, which is only a few steps from the buster sword. Forward tilt, down tilt, up tilt, forward air, up air, and his smash attacks have incredible range which allows them to be safe when spaced. Even NAIR and bair can be safely spaced against most opponents.

I just feel that Link is in a state where he cannot be nerfed because he isn’t good enough to deserve it, yet also cannot be buffed without creating a monster of a character that is unfun to fight.