Today, Nintendo of Japan quietly announced that Smash 4's newest update will be coming soon. Here's everything you need to know about patch 1.1.6:
Excited for patch 1.1.6? What changes would you like to see made in this patch? Comment down below and stay tuned for more Smash 4 news. 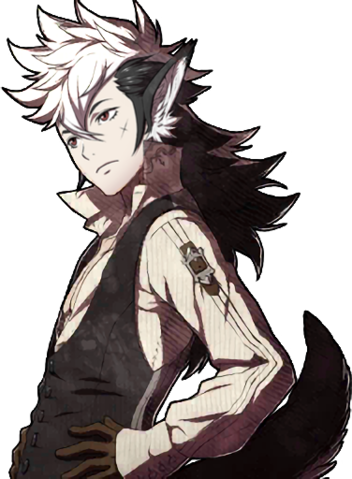 But Jeez! that's huge, how many stuff are they changing/adding

Or will he actually get buffed???
Here we go again.

Mr. Sakurai's wild ride never ends.
Last edited: May 17, 2016
Prepare for the placebo boys!
Nerf Bayo, Buff Puff and Ganon, Fix Battlefield, Add Wolf, Adjust Rage Mechanic
I'm not expecting many characters to change, in part because I think this patch might just be cracking down on mods.

However, the only Rosalina changes (my main and I haven't played in a while so memory on other characters is fuzzy) I would want are:

-Fix her grabs, they're still jank
-Give the windbox on Catch & Release more power and maybe some more range (it's a custom move so buffing this does not effect competitive play or For Glory Warriors, don't wanna hear any complainin')
-Some general hitbox clean up, mainly on Rosalina and Lumas rapid jabs

Though to be honest, I kinda gave up on Smash so it doesn't matter much at this point. She could be nerfed like crazy and it wouldn't have much bearing on me (though I'd still think that would be really dumb).

I also think they may wanna do something about that anti-Cloud tech that was discovered recently, but it might just be a fitting slap on the wrist that he needs, and having it means there's no real reason to cry for him to be nerfed.
I gave up on the balance team long ago so I don't give a damn about what they do in the patch.
I still have faith in Puff getting the buffs she deserves. #BuffPuff
Mark my words; the Knight will rise again.
Predictions:

-Random people making random predictions
Well, they did say they wanted to keep the Wii U alive with DLC and amiibos as long as the NX isn't released to replace it. There could be hope for additional conent, even if it would be absolutely minimal. I'm not talking characters here of course, but maybe soundtracks and Mii costumes.
I've waited so long. DDD needs some buffs, hit box reworks on his down tilt at the vey least.
ALL ABOARD
https://www.youtube.com/watch?v=Rw4H65XxTAo 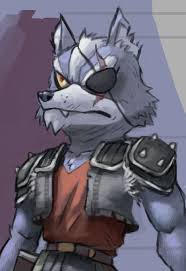 ALSO BUFF JIGGLY!!
Last edited: May 17, 2016
Throw Dedede something for once in his Smash 4 life.

And make Ganon faster Kappa.
Hmm... How about an... OFFICIAL CHANGELIST
R.I.P Bayo

Please :>
Get ready for RIDLEY boys!

Maybe balance Bayo but don't butcher her.
Predictions
-HARD FireEmblem buffs!
-Bayo nerfed to SHHHHT
-NO changes to Jigglycrap or DeDeeD
OKAY
WHAT THE HELL SAKURAI
HOW MANY TIMES WILL WE GET A 'FINAL PATCH'?
(Now buff Kirby until he's OP)

This might be the funniest and most depressing post I have ever read on this site.
What we need:
Bayo balancing
Better Cloud recovery without limit
Pointless Jiggly buffs to make her better than Sheik.
Better Monado Boy framedata
Roy buffs? Dev. team? ...Please?
Moar buffs please...

More so than he already is.

More so than he already is.

Pls no
We don't need more Kirbys who rely on DownB

Inverted_GBA said:
Pls no
We don't need more Kirbys who rely on DownB
Click to expand...

Nah, Down Air is where it's at!
Yoooo all I need is for Pac Mappy Trampolineto last like a little longer that's it and a actually grab box for tracker beam would be nice
Also I request that Sonic be given back his kill-at-100-or-maybe-lower-with-rage back throw.

Not because it's the balanced thing to do, but because I must do Death's deed at a faster speed.
For the record, here is a rough draft of things I would like to see changed in the patch.

(quoting that since it is easier than just posting it again and I can't copy and paste a picture haha!)

I just reallly want Toon Link's Brawl back air back!

Wizzkidwas said:
OKAY
WHAT THE HELL SAKURAI
HOW MANY TIMES WILL WE GET A 'FINAL PATCH'?
(Now buff Kirby until he's OP)
Click to expand...

We've never heard anything officially referred to as "the final patch." It has all been fan language, largely because the developers keep planned patches and what is patched entirely in the dark from the fans.

Of course it is both sad and rather stupid that we don't have communication on patch from the developers. Every other major fighting game developer does it, and even Splatoon does it. Making patch notes isn't exactly hard either, and I can almost guarantee you there are internally shared patch notes.
Last edited: May 17, 2016
You must log in or register to reply here.
Share:
Facebook Twitter Reddit WhatsApp Email Link
Top Bottom