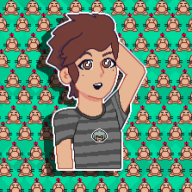 What exactly is 64M?​
Super Smash Bros. 64M (Name not final) is a project that aims to give Project M a 64 look like the Smash 64 style (having a limit on verts, edges, and faces on the 3d models) while keeping the Project M moveset, with stages keeping their collisions and giving them Battlefield and FD alts, and giving a lot of fanmade Brawl models a 64 look (like the Chimera Lucas, PM's Dry Bowser, PM's Shadow Queen Peach)​
The project uses Project M 3.6 as base and Legacy TE 2.5, which would technically make it "Smash Bros Lega64" (?​
​
What inspired you to make this mod? ​
My first gaming experience was Smash 64 when I was a little kid, Smash 64 has a special place in my life, and the models of Smash 64 and in the 64 era look so lovely to me, and I wanted to express my love for both, and then an idea came to my mind, start learning 3d to make low poly models, and make Smash 64 esque models.​
​
I've always wanted a Project M 64 since that April fools video with Parasect at the end, then Smash Legacy put up a 64 mode, but if I remember not all characters had 64 models, which was sad to me.​
​
While I'd love to be loyal to the era (like Smash 2 did) In some occasions I'll let that slide (like Shadow Queen Peach for example)​
​
I haven't done much, just work on the character models, I'm not an expert when it comes to model importing​
​
Progress:​
Wolf:​ Wolf is in, but doesn't have a FS eyes yet. (My first model import ever)​
​
Bowser:​ I wouldn't say Bowser is totally in because he needs a little rework on his arms and tail​
​
​
W.IP Characters:​
​
Peach:​ Needs to be imported, needs a little rework​
​
Sonic:​ Really W.I.P at this point​
Help is currently needed, because i'm not an expert on brawl modding (I'm good with brstms, and a little bit good on low poly models, but I suck at model importing) 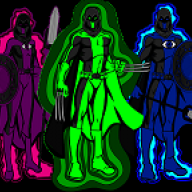 Unfortunately I am too busy to help do actual work, but if you ever have any questions that I might be able to help with, especially regarding importing models via Blender, I can help! This project looks really cool!

Windhunter7 said:
Unfortunately I am too busy to help do actual work, but if you ever have any questions that I might be able to help with, especially regarding importing models via Blender, I can help! This project looks really cool!
Click to expand...
I downloaded your blender guide :0 (Pdf of the thread and the video with Zelda and Sheik), but i got lost on the post because it didn't have images ;_;

Have you checked out my brand new video though? I released it only about a week or so ago, and it covers the actual topic of importing instead of porting, and is like a thousand times better (Eventually, another revamp will come even later, most likely, but for now, this is still a much, much better video than both of the other 2 combined, you don't even need sound at all ):
https://www.youtube.com/watch?v=soU3c3heKIU&t=277s
You must log in or register to reply here.
Share: Facebook Twitter Reddit WhatsApp Email Link
Top