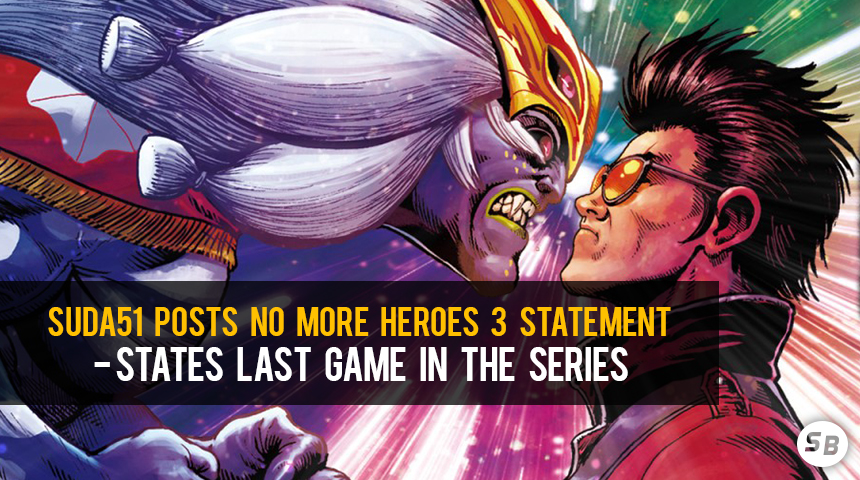 After ten years, the long wait is over. No More Heroes 3 has officially released worldwide, and Goichi "Suda51" Suda celebrated on Twitter for fans everywhere. In it, he shares a few details, like the original title for the game being No More Heroes 3 FINAL BOUT - All-Out Galactic War! and bids farewell to the series. Don't worry, the original post contains no spoilers.

For ALL of fans...
Here is a special message about our "No More Heroes 3" release from SUDA51 @suda_51 !
We sincerely hope YOU enjoy "No More Heroes 3".#NMH3 #NoMoreHeroes3 #TravisTouchdown #GrasshopperManufacture pic.twitter.com/LvMgO6Ikce

Author's Note: Wow, what an end. I can't believe it's over, but what a high note to end on. Your thoughts? Let us know below!

I respect that decision. Looking forward to Suda's next!
It makes me really happy to see how respectful Travis fans are of Suda's decision. Just goes to show that a little bit of dev-to-player transparency can go a long way.
Damn, I didn't expect that at all...

At any rate, thank you Suda for this wild and crazy ride, and may Travis find his own exit to paradise (in Smash).

Man smashboards articles look weird without a thumbnail
I know not every series can indefinitely get sequels into the future. But games like this… they’re so rare these days despite the clear demand for them that it’s always disappointing to see a franchise go away with no hopes of returning. Like… games aren’t movies. Games aren’t manga. Games aren’t shows. Games are one of the only mediums where a franchise never ending is like…. feasible.
I'm good with this, though it means Travis' chances for future smash games are going to go down the drain. I feel like the series ran it's course but just needed a good ending point.

Blackwolf666 said:
I'm good with this, though it means Travis' chances for future smash games are going to go down the drain. I feel like the series ran it's course but just needed a good ending point.
Click to expand...

I think the Mii costume put the foot in the door in regards to that, so it feels like Suda's final objective for Travis is to get him in Smash, so he can be immortalized like . He's not about to give up on his goal that quickly when some past gen games still get in Smash after the fact.

Besides, Travis is the closest thing Grasshopper has to an official mascot, as every other main character of theirs is either underused or never remains the main character for long, and Sakurai, as Suda's friend, almost certainly would respect his decision to end things on his own terms.
Last edited: Aug 29, 2021
You must log in or register to reply here.
Share:
Facebook Twitter Reddit WhatsApp Email Link
Top Bottom