Past dates
Upcoming dates
All times have been adjusted for the timezone: Australia/Adelaide 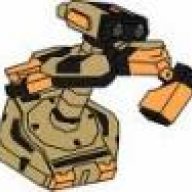 StreetGeek's biggest event of the year