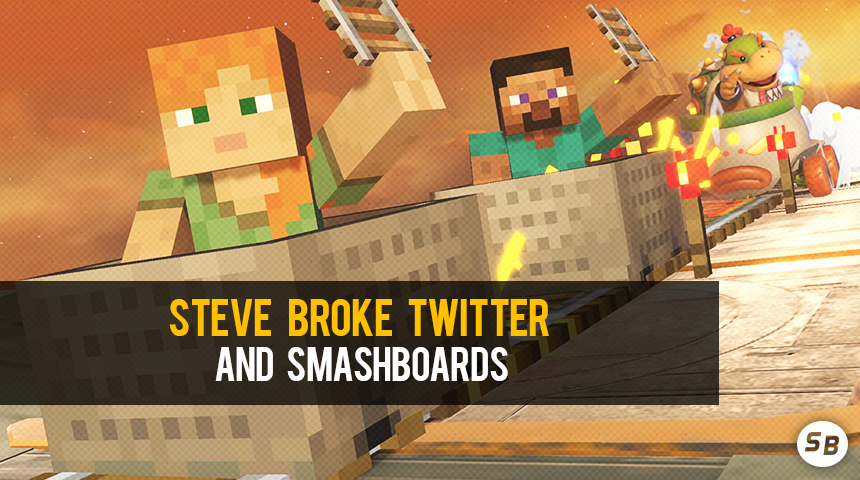 Yes, Steve is officially in Super Smash Bros. Ultimate as Fighter #77 and he’s bringing tons of new content from Minecraft. This includes a stage that has both seasonal changes and a day and night cycle as well as the obvious new Spirits and Music. This content will be shown in the livestream Sakurai Presents later this weekend. But what else did Steve bring to us? Well, he broke two websites, that’s for sure.

When Smash Ultimate revealed that Steve from Minecraft would appear in the game, Twitter had a server shut down from all the traffic. The last time Twitter dealt with a traffic crash like this was when Michael Jackson passed away in 2009. Both Twitter & Google shut down that day. pic.twitter.com/z4nJHCiyhI

Following his reveal, the social media service Twitter experienced significant downtime and eventually… broke. If you look below, you can see the amount of reports of Twitter being down. 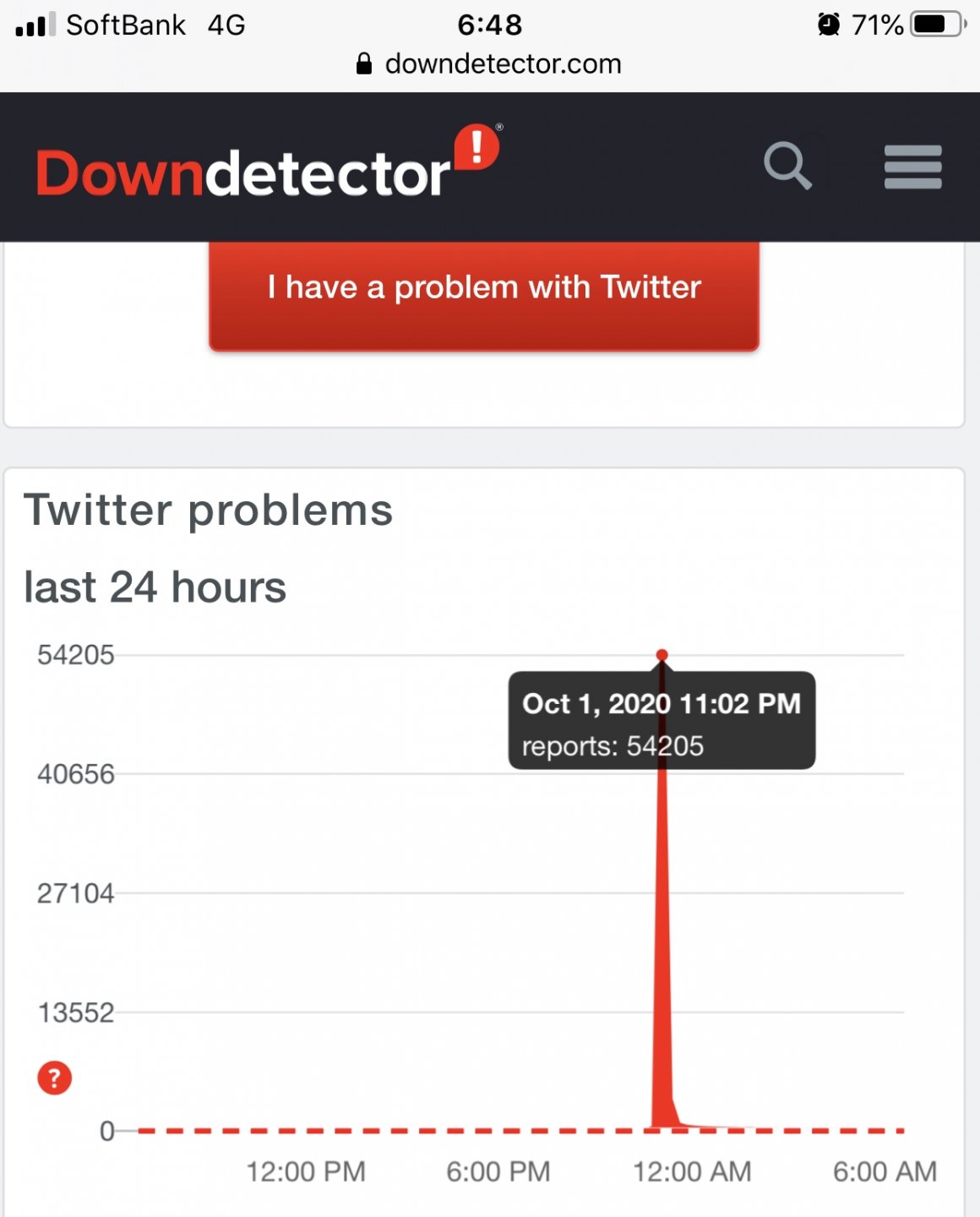 This was due to a sudden and unexpected influx of activity due to Steve’s reveal with the majority of the comments saying “Steve broke Twitter!” and “Steve is in Smash!!” It should be noted that a large amount of reports and outages came out from America, the UK, and Japan. The Twitter outages were ignored by the Smash developers with even Sakurai commenting on the outage.

No other character, not even Ridley, Banjo, or King K. Rool managed to do this. I can’t remember a character reveal or video game announcement taking down Twitter. This is monumental and really showed how much of an impact Steve and Minecraft had on the community.

Twitter wasn’t the only website that suffered outages. Even Smashboards suffered an influx of activity that caused significant lag and downtime with pages not loading up or crashing. Even some “user post history” wasn’t showing up in real time. This made both running the site and trying to get the news of the reveal up in a timely manner very difficult. Since his explosive reveal, both sites are back in working order thankfully and are (not?) experiencing trouble. That being said, it’s quite a feat for a single character reveal to effectively shut down Twitter; even for a second.

Author’s Note: I just find it simply hilarious that a character known for building and breaking things apart manages to break down the world’s largest social media site (and Smash site). This is 2020 after all.

Certainly is a step up from Piranha Plant breaking Nintendo Switches
Amusing to think the last time twitter crashed from traffic was in the exact year Minecraft debuted
Last edited: Oct 1, 2020
Steve breaking the internet after joining Smash was inevitable.
I think Minecrafts popularity and importance to modern gaming is often understated especially in Smash speculation circles. Really happy to see a new art style added to smash as well.
Damn, kinda speaks how not even Cloud's reveal or Pac-Man's reveal did this.
This is a stonks moment.
That's just crazy
If Steve could break Twitter…then compared to Joker, the servers are basically gonna be mauled come Steve. Like, they‘de not even gonna be on life support like Joker.
Twitter HQ before Steve: We need to watch Trump’s Twitter

Twitter HQ after a Steve: We need to watch Nintendo’s Twitter. And someone call Sakurai and tell him to give us a heads up a few days before he releases another damn fighter so we can make sure we don’t break again!
So I added some new information about Twitter outages in Japan and Sakurai acknowledging the outages

Translation provided in the article
The floodgates are open, man.
Anyone from a top-selling video game franchise is viable now, I'd argue. Now the only question is...
When's Garfield?
I think this image perfectly sums up this article: 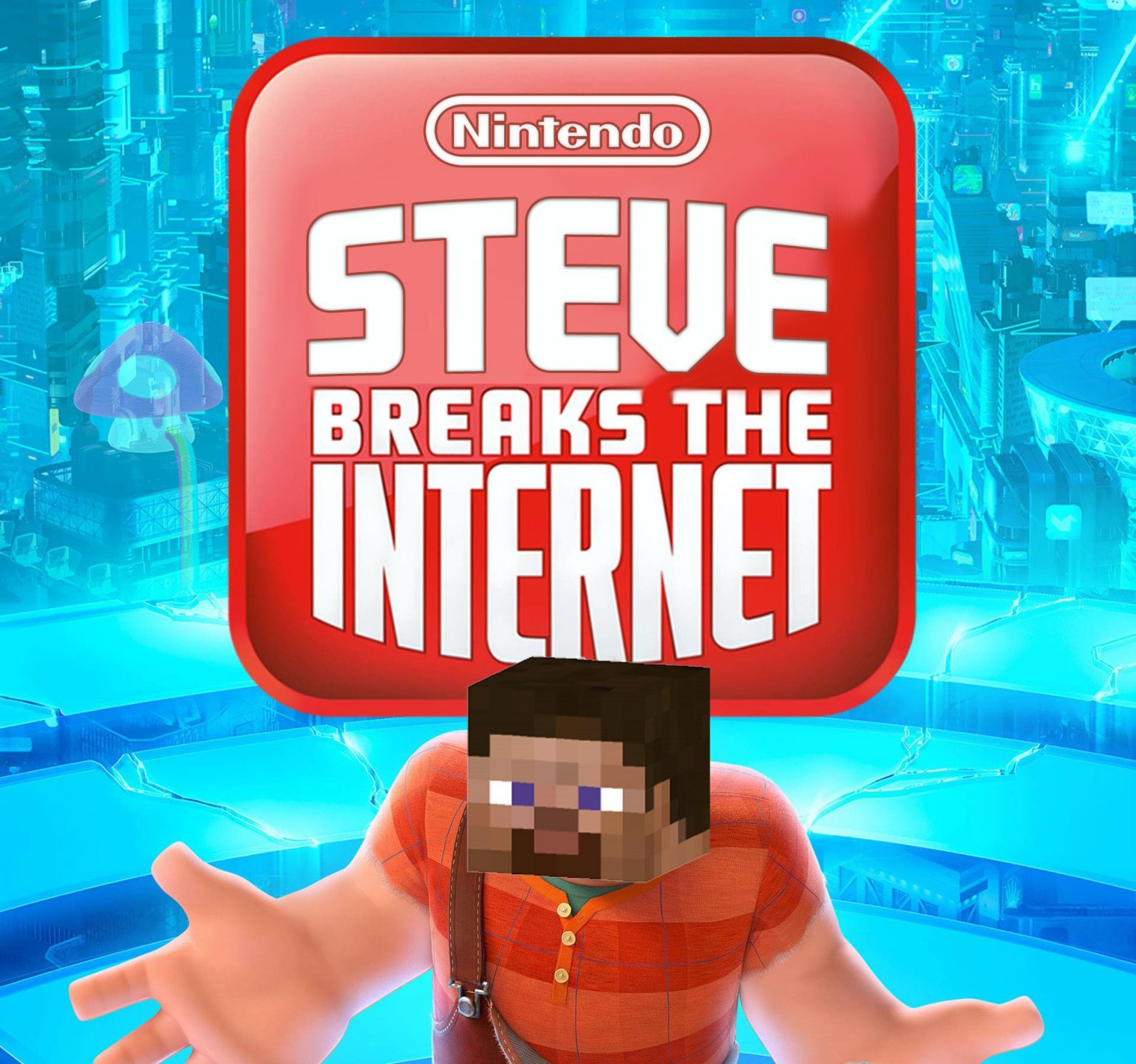 This is the most massive release in Ultimate. It even got #1 trending on YouTube! 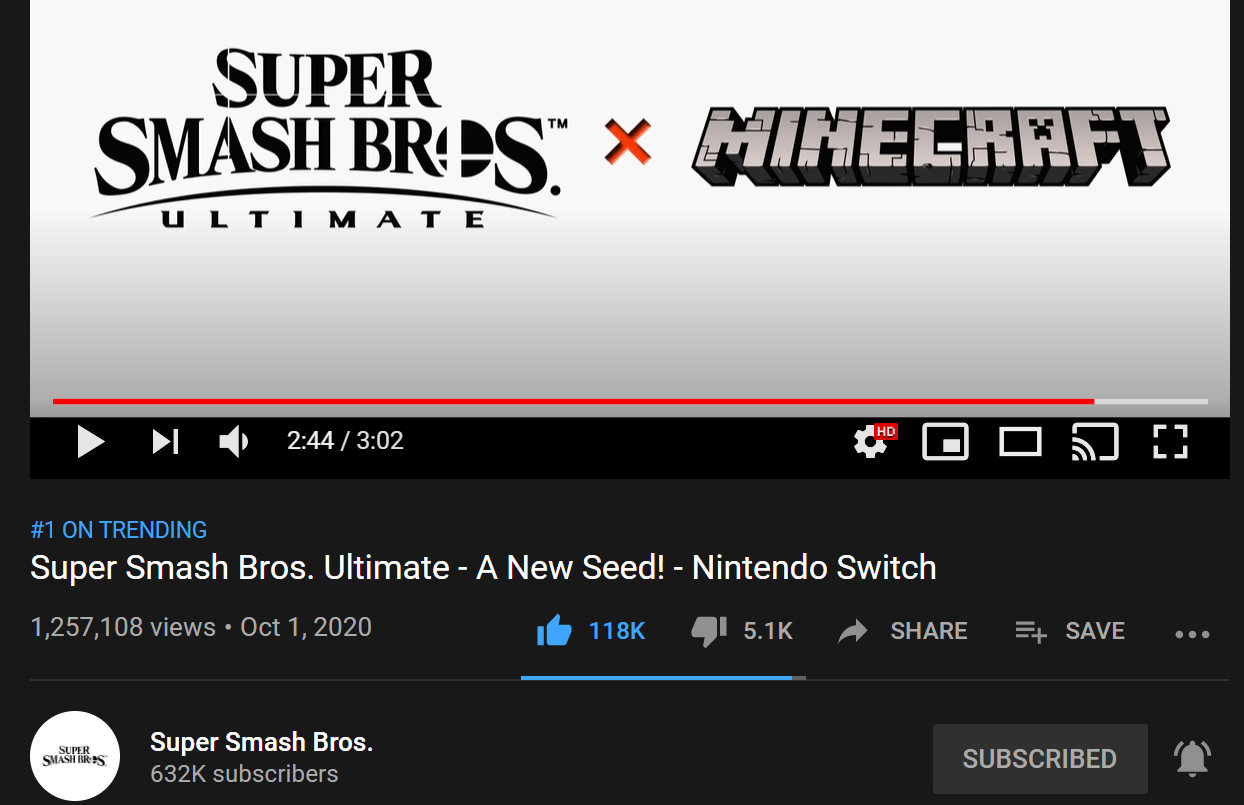 I am so happy!!!
Last edited by a moderator: Oct 1, 2020
Funny how the presidential debate didn't break twitter. Shows the world's priorities.

Tbf you are comparing something that was surprising and more international with something with a more national focus that has been beaten to death for quite a while discussion wise at least.
He has only one thing to break now: the meta

xzx said:
He has only one thing to break now: the meta
Click to expand...

Lowkey I'm really interested to find out if blocks can be placed in air, like in Minecraft, and by extension if we can then make a horizontal block wall to gimp recoveries to the ledge.
I'm not 100% convinced this wasn't just a delayed reaction to Trump getting coronavirus in Twitter's case, but I can believe Steve in Smash crashing Smashboards at least. Then again, everything crashes Smashboards.
You must log in or register to reply here.
Share:
Facebook Twitter Reddit WhatsApp Email Link
Top Bottom