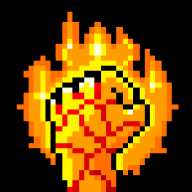 So I was trying this on cloud and rosa with great success - but not mario for some reason.

Grab about a body away from the ledge, and much like the pummel>instant pin, this gives you a tipper out of the instant pin. If you're too close to the edge, you won't get a tipper and will be too close, if you're too far they'll magnet hands right away, but if you get it juuust right it'll kill rosa and cloud from around 75/80ish.
I am assuming I can get 3 pummels off at that percent. I haven't tried it on live people yet, but it seems promising. 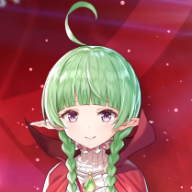 Was screwing around with this a bit last night, kinda get the feeling that it works on Cloud/Rosalina but not Mario is because of size. Characters seem to slide off the edge when grab released at about the same distance and angle, so I think that it's hitting the former two because they're relatively large characters. You also have to pummel Mario or have him ground release, otherwise he air releases and flies off at a different angle.

There's also the fact that they have to jump in order to get hit by it. When the CPU is set to "Stop" in training mode it still tries to auto-recover when it finds itself off-stage. When it falls off the stage from the grab release it immediately jumps. If you instead change it to "Control" so it does nothing, side-B will never hit.

Fun thing I noticed though, with Fox you actually want him to air release instead, and when you do, Dragon Lunge will almost always hit and tipper, or at least it did last night for me. The grounded/pummel release doesn't seem to work on him, but his fall speed seems to make it so that he arcs right into the spot where the tipper hitbox will be. This is regardless of whether he tries to jump or not.

The positioning required for this is so obnoxiously precise....you're off by just a tiny bit and you either miss or hit the sourspot. Makes it seem not practical to me. It's too bad really, otherwise Corrin would have a kill confirm off of a grab on taller/larger characters.

Should probably be looked at more though, see if size really matters with this and if it's more practical than I think it is
You must log in or register to reply here.
Share: Facebook Twitter Reddit WhatsApp Email Link
Top Bottom