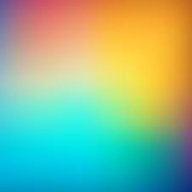 Hey guys, I'm new to the SmashBoards but wanted to share something I've been working on

Some friends and I are building a full-out amateur esports league, starting with SSBU and starting in the Bay Area, with the purpose of bring true amateurs (e.g. full-time jobs) with similar backgrounds together and meeting new people through gaming. We have people from places like Facebook, Twitch, Robinhood, Unity, Airbnb, all over the Bay.

The idea here is that instead of one-off intense tournaments, it’s an ongoing league where we continually match up groups of 5-10 players + friends based on location, company, alma mater, interests, etc to play. Each time, one player serves as the host. The get-togethers are largely for fun, but during the meetup, “official” matches will be played and tracked in our system. This allows for a lot of flexibility around people’s schedules, etc., and we’ll have skill ratings for everyone throughout the year.

We’re in the early stages, but we’ve already put up a preliminary site with more info and a place to join a larger pool/network: https://lowkey.gg/smash. Even if you're not in the Bay Area, feel free to sign up to stay updated and so we can gauge demand in other areas!

P. S. An analogy we've been using is kind of like recreational softball/basketball in traditional sports, except with Smash is way easier to get together and play since no facilities, etc . needed. A bit about us: we're a small team of engineers out of Y Combinator / Harvard -- I'll try to answer questions on here but feel free to ping me on Discord (jesse#8249)

This sounds like a lot of fun. If I lived in the area I would love to participate. I'll go ahead and sign up for the Raleigh NC'ish area.

I think trying to organize these sessions based on life stage is a good one. When I went to a few weeklies, one of the things I was most apprehensive of was my age / status as a post-college dude with a job and everything.

Thankfully, I didn't feel out of place once I had arrived, but nonetheless this alone may end up bringing people who are otherwise nervous about such matters to attend your get-togethers. I've certainly talked to others who are apprehensive over being in their late 20s or 30s and not wanting to be out of place
Last edited: Oct 10, 2019
You must log in or register to reply here.
Share:
Facebook Twitter Reddit WhatsApp Email Link
Top Bottom