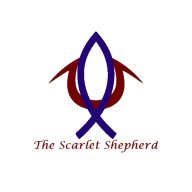 hey everyone, I've been trying to play more sm4sh wiiu recently cause I really want to get into competitive. Been streaming matches on twitch for about a month. I do enjoy the auto record and export feature cause it let's me rewatch matches without saving a lot of replays. I've been trying to use for glory cause I had at least some confidence on finding good players. They are there, but I feel like I have to sort through numerous annoyances to reach one good player about 1/5th of the time. It's the quickest way to get matches but it's also the most inconsistent for me. It's starring to wear thin on me, but at the same time I just don't really have any other options that doesn't involve me waiting for people to be online while streaming.

I've already tried anthers ladder, but I usually have to wait 30-50 minutes for one person to accept. Bear in mind I prefer doing the setting that just lets players play as long as they want, and I tend to prefer playing long sessions against bad match-ups instead of just doing quick sets in the competitive setting. Though when compared to for glory I think I might have to reconsider it for the time being as a side option.

At this point, I think I'm better off asking if anyone is willing to spar for long periods of time (around 1-2 hours per character I use), are good with multiple characters, and can play for multiple days in a week. As well as people who don't mind playing against rosalina. I seem to get the most "one win then leave" when using her on for glory. I understand why cause people don't like playing against her. Even if the matchup is close or against me, I would greatly like more people okay with playing more than one match against her. Though If I have multiple people online, I'll probably shorten the time to around 30-60 minutes per person.

another issue is that due to my schedule I can really only get serious long practice/streaming sessions in the late evening/early morning cause I play on nights in between my nightshifts at work. So this request for players is also gonna entail nightbirds, and I know that's hard to ask. I might be online for 1-2 hours on a few mornings, but I think I'd be better off just quickly doing some for glory cause I don't have the time to use all my characters.

bear in mind these are the 4 characters I'm focusing on
-rosalina (main)
-lucas (sort of second main)
-ike(secondary)
-lucina(secondary)
-I plan on adding more characters eventually, but these 4 are my focus for the time being

also I don't know how many people I might play in an evening, but I'll try to credit you in my twitch recordings when uploading them to youtube. It's up to you, but please don't feel pressure when playing. It's more of a training session than appearing to be flashy.

I'll consider sharing a private discord server for text chat (if you don't want to use the twitch chat), but I can't really use a mic cause of people sleeping in my house when I'm up late hours

thanks for any and all help 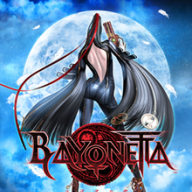