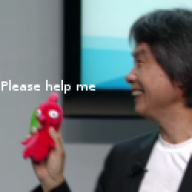 Space Pirate Rush, Ridley's side special, has applications as a Ganoncide-type of move when used at the ledge of a stage. Ideally, you should be using this move to release your opponent either underneath the stage or as an edgeguard far away from it, but I've tested the viability of using the move to drag characters to the complete bottom. Ridley dies first unfortunately, but about half the roster can't make it back after Ridley's death, meaning if you have stock-advantage, you can use this to quickly gimp characters. Personally, I want to make it a thing to get this called a Xenocide, between sounding cooler than Ridleycide and pretty much killing Ridley (the xenomorph always involved) just as much as his victims, but that's just me.

Anyway, I've done some labbing with the roster and this is what I've found so far.

Tested under the following conditions:
Characters That CANNOT Recover

Characters That DO NOT Recover, But Might Be Able To With Better Testing


Characters That CANNOT Recover By Default, Will USUALLY Work On

Characters That CAN Recover By Default, Will CONDITIONALLY Work On

Characters That CAN Recover, Will NEVER Work On

Here's the work that still needs to be done:
Since I lack someone to lab this with and can only go off theory-crafting for good chunks of these, any bit of help you guys can contribute would be a huge benefit towards learning Ridley's matchups and would be appreciated. I'll update this thread as more data becomes available.
Last edited: Dec 10, 2018 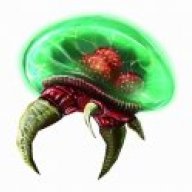 Love this move. Still messing with it in mixups but oh man the possibilities.

This thread should be pinned if anything. Good informative writeup for 'ciding.

Ridley_Prime said:
This thread should be pinned if anything. Good informative writeup for 'ciding.
Click to expand...
Unfortunately, I've learned that even less of these are true "can't recovers" than I initially thought. Peach for example can consistently make it back to the stage provided they properly jump immediately after being released. As I learned from a brief moment of labbing with someone else, apparently if opponents mash while grabbed by Space Pirate rush, their vertical height is decreased. All this tell us is that CPUs mash and don't optimize their recoveries, even at a base level.
You must log in or register to reply here.
Share: Facebook Twitter Reddit WhatsApp Email Link
Top