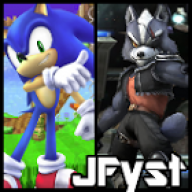 What can sonic do with items? After Watching junebug in ltc3, i've come to realize how important a proper item game is in certain match-ups, So i labbed a bit, and i seem to be flailing around like an idiot with an hour of lag off of his regular item throw, his aerial one seems to be better but not by much. What does sonic want to do with an item? 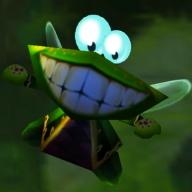 If we were to step through each character...

Diddy Kong's bananas are interesting in the Sonic matchup as Sonic's specials spin right over the top of them, with no worry for tripping. I feel using the Somersault (side b) in close range to Diddy Kong is great if there is a banana in range, as wavedashing out to bail the shield pressure is even more rewarding because you then get a long range projectile (the banana) to throw at Diddy in order to poke through the neutral. Sonic's dash throw, like his dash grab, is terrible, make sure you glide toss it. You can also catch peanuts, use these as tools to quickly force Diddy to shield then run up and grab.

In both the Link and Toon Link matchup you will quickly learn that catching bombs with Z or directly aerial glide tossing straight back is a huge tool that Sonic can utilise to pressure the Links. This is especially more important in the Toon Link matchup, who tends to use the bombs as tools to throw down from the sky. Some Links will also leave bombs on the ground as to stop your spins. Be wary of these.

Peach's turnips aren't exactly of huge use to Sonic, and I wouldn't recommend relying on them to poke at Peach as she can generally escape the hitstun quick enough to nair you if you go for risky grabs or anything that gets you close to body. The Beam Sword, however, is amazing; Sonic's beam sword attacks are very quick and very big, especially forward smash/forward tilt, use this to wall out Peach for as long as you can; try not to lose the sword. As for Bom-ombs and Saturns, well... that's pretty self-explanatory.

The gyro is probably the least useful item that Sonic can utilise in these matchups; in general the gyro doesn't benefit any character as much as it does to ROB solely because ROB has amazing tools to counterplay it (forward tilt, down smash, crouch canceling in general) I'd still suggest aerial glide tossing it somewhere on the stage that ROB can't access; use Sonic's amazing dash-dance to limit ROB's accessibility to that area of the stage and stay close enough so he cannot charge another gyro without being grabbed.

One of my massive gripes in Project M is port priority, and it only really affects this matchup on a large scale. If Snake is in a lower port than you and he shields with a grenade then you cannot grab Snake and throw without being hit unless you back throw immediately after he shields. (very strict timing) If the Snake is playing a more aggressive game, however, you can utilise the grenades in this same fashion, especially so if your port is lower. Practice AGTing nades' thrown at you back at Snake and make him regret trying to pressure you at a distance.

Everything I said about Diddy Kong's Peanuts and Snake's grenades also apply to this section, though you'd only really encounter this in doubles. 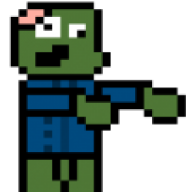 JFyst said:
What can sonic do with items? After Watching junebug in ltc3, i've come to realize how important a proper item game is in certain match-ups, So i labbed a bit, and i seem to be flailing around like an idiot with an hour of lag off of his regular item throw, his aerial one seems to be better but not by much. What does sonic want to do with an item?
Click to expand...
Always AGT as Sonic when you're in possession of an item that isn't a banana. In my opinion, going out of your way to catch something like Peaches turnips will always be worth it. In the idea of LTC3 GF's (which was beyond hype getting to see live) just wavedashing over items (Banana and Tops) as you run circles around your opponent is ridiculously great. Also, NEVER DO A GROUNDED THROW! The extra frames you take to set up your throw are worth the frames you save from the end lag.
You must log in or register to reply here.
Share: Facebook Twitter Reddit WhatsApp Email Link
Top Bottom