Some changes I noticed with Miis 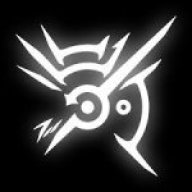 I was doing some testing when choosing a moveset for my Miis, and looking at the Smash Wiki's list of changes, and I noticed a few things missing. I thought I'd post them here, and see if there's anything I missed. I played a lot of Gunner and Brawler; barely touched Swordsman, so I can't really comment much about how they've changed. Its probably some pretty massive buffs though; his meta is probably going to be redefined from scratch in this game, much like Mii Gunner. Most of my previous experiences were also in minimum size, so differences there are from the "optimal" smash 4 counterpart, mostly related to move speed.

Gunner:
Gunner's attacks overall got a pretty big buff; they went from hitting like a wet noodle to dealing decent damage and having a decent combo game. I think nearly every move got a damage buff, and throws went from doing 5 damage with no possible follow up to having decent kill and combo throws. The moves that defined her from smash 4 have been nerfed, but overall this seems like a massive buff. I wouldn't be surprised to see them in B tier with mild tournament results. Speed might be the killer here though; last game she was pretty fast, but here she's pretty slow compared to everyone else. Losing her unique movement techniques hurt here too.

Grenade launcher got a pretty nerf to its mix-up game; I lost my favorite technique, the triple aerial reversal. Not only does the nerf to air speed (compared to the smallest Mii from 4) hurt the reversal, but now you can't get the same effect of a reversal in the middle of the move. It was really good for positioning and mix-ups in the air.

Another technique with side tilt has been lost; I think this was universal, but the range her side tilt made it much more useful for gunner. If you were sprinting, then tried to turn around, you can perform a side tilt during that animation with no lag (or a jump, or a side smash). Gunner had a mix-up where she would slide for awhile after using this move (every character slid, but she moved pretty far in comparison, with a good range side tilt to take advantage of it). You could sprint up to someone shielding, then use this, and slide behind them instantly on the attack. For people expecting a dash attack, or even just with the difficulty of a reverse out of shield grab, it was tough to punish.

A more useless technique that's been lost was a frame perfect one with her 1st up special. If you landed the same frame that you would have been launched into the air, you cancel the move but the blast still comes out. It was a hit almost exactly like a down throw, making it amazing for combos. Completely impractical to ever use in a real match, but it was pretty common to get the animation of the blast with no hitbox. Now she's stuck in place before the move comes out. This might be a buff to recovery after a meteor smash though.

Bombs remaining longer make them good tools for pressure, especially on the ledge. They were pretty useless before, so anything's a buff. Its a bit annoying that you have to launch another bomb to manually detonate the first, but anything's better than the bomb exploding as soon as the endlag on the move was done.

Forward Air has very little momentum, where as before you could be sent halfway across the stage if you timed it right. The sandbag is weird with this one; it completely missed at point blank, but this never happened against real foes. The gun has no hitbox, even if it looks like it; the move is technically a projectile (not sure if it can still be reflected, since it kind of acts like up air in that regard). This was Mii Gunner in Smash 4. It defined everything about how she was played. Its different here. It is a very good combo move, and while two of them into each other was a combo in the last game, here it does 16%. There's plenty of powerful combos that it can do; in my short testing, at 0%, Fair into Flame Pillar into another Fair was a (seemingly) true combo for 32% damage. The angle is very useful for Flame Pillar; at higher % on the ledge, Fair into flame pillar will catch them off stage and drag them down for some edgeguarding.

Absorbing Vortex has a hitbox that deals no knockback. Its still useful to stall for recovery, and the windbox seems more powerful. The wind is also consistent, and I've noticed its perfect range for a Fair or side tilt.

Missiles got massive damage buffs (the short missile went from dealing 1% to 9%), but the tracking is very nerfed. It also has a much shorter duration before it explodes, though the distance traveled is about the same. Honestly, I don't expect it to see much use because Flame Pillar is such a good move now, and a major part of her combo game.

Brawler:
Fall speed and end lag on aerials hurt his combo game. His most infamous move also got nerfed pretty hard, and it isn't as consistent to combo into it as mentioned before.

Helicopter Kick doesn't travel as far anymore. You can't drag someone halfway across the stage by landing it anymore, and therefore, can't get closer to the blast zone to get the kill. The move was actually just average in terms of knockback for a kill move, and losing this distance just makes it average. Just to give an idea of the old range: if you hit Little Mac standing in front of the ledge at 0%, you would drag him past where he could recover. No more kills at 60% off a grab at the center of the stage.

Feint Jump is a joke now. It sucks as a mix up, making the feint part a lie. The angle of the kick is much lower, so it covers less ground before you land and absolutely sucks as a recovery tool. The end lag is absurd, and in combination with the angle change, what was previously safe on shield because you'd travel right past them with almost no endlag, now puts you right in front of them with tons of endlag. Using this for recovery is about as viable as using a directional air dodge, and choosing not to use the kick has the same endlag as using it. It can walljump before the kick and there's a new animation if you land on someone before using the kick, M. Bison style, but it is complete trash. I'm sad about this, since I loved it in Smash 4.

We lost the Donkey Kong punch, which was my default because it was fast and strong when charged, and could get kills on punishes after I left the % where I could combo into Helicopter Kick. The new move has more range and is stronger than the aerial version (and doesn't go into freefall). The aerial version actually seems just better; I think you can actually combo into Helicopter Kick at kill % with it, and the move is no slouch as a combo finisher either. I think this move is better overall, and works better with the rest of his moveset, especially since he has other kill moves than Helicopter Kick now.
You must log in or register to reply here.
Share:
Facebook Twitter Reddit WhatsApp Email Link
Top Bottom