Welcome to SmashBoards Writer's Interviews! This is a series that will appear at least twice every month covering a writer. These are more casual interviews, but depending on the interviewer, we leave it up to you whether they'll answer further questions. For those who missed two weeks ago, check out this link for our interview with SmashCapps.

This week we have SmashBoards writer Popi Penguin! He's young, but definitely talented for his age. A hard working contributor who may not be the most recognizable of the bunch, but definitely has a lot of charisma. Give a warm welcoming hand!

PopiPenguin enjoying EVO. Or just the jacket. Nevertheless, he's happy.​
Thirdkoopa: Tell us a little bit about yourself!

PopiPenguin: Hey there! I'm Justin, or Popi, whatever is pretty good. I'm a 15 year old from the Philippines and I currently study at Philippine Science High School WV Campus. For those that don't know, it's a school where only 90 people out of 1000+ people get accepted per campus.

As it is, aside from Smash (organizing tournaments, etc), I'm REALLY REALLY busy. I don't really get time to play since I have to work on my research thesis (Raspberry Pi), which I'll be working on for the next 3 years. I also write on here and Inquirer.net, the website of one of my country's national newspapers, so yeah, not a lot of time.

Thirdkoopa: How did you get roped on board to the SmashBoards Writing Staff?

PopiPenguin: I wrote a history article on Melee It On Me about the Philippine Smash scene and I realized I really liked writing. (I kind of actually started the whole history I actually joined a ton of writing contests when I was younger but when I started to write again thanks to Smash, I rediscovered by love for it.

Capps was a former co-volunteer of mine of /r/smashbros and I asked him if I could start writing. He asked Barrett and he accepted! Wheeee.

Thirdkoopa: What inspires your work on Smashboards?

PopiPenguin: Tafo (my mentor), Capps and Derrit are my 2 inspirations for doing writing content. I try to make interesting and concise content so that Smash can reach a wider level of appeal while still remaining interesting to the core audience.

Thirdkoopa: Where do you see the community heading in the future?

PopiPenguin: From here, I feel that the community will grow only bigger. I mean, I went to EVO and I saw how passionate all the Americans were about Smash. I just hope that more outside people will be more open to Smash. We've had decent prizepools, good production value events but people still don't want to try the game out here. It's my biggest woe as a TO. In fact, I lost a TON of money last event due to casual-competitive people backing out at the last moment.

We also have to reach out to the casual audience that is still between the casual-competitive line. Sure, it'll be hard, but they are part of the future of the community. Just keep on trying fellow TOs!

Thirdkoopa: How did you get into Smash Bros?

PopiPenguin: The Philippines is a Sony country, so I never got to touch a Nintendo home console (I had DSes and GBs) until the Wii. I got into Smash casually after a friend introduced it to me in his house when I was in the 6th grade. He wrecked me with Meta Knight and Kirby (he was one of those B-spammers lmao) while I was playing Ice Climbers.

I was determined to get better and so, I watched videos on the internet. There, I found a crew battle (APEX 2012, I think?) and I didn't even know the difference between Brawl and Melee. I didn't care at the time.

Once I got (pirated and played it on Dolphin, I got a Wii for PM later though) the game, the rest was history. I seriously don't remember anything after that but I do know I found /r/smashbros and Smashboards.

PopiPenguin: Dreamland, cause of the theme :D Plus, EEAAAASY Melee Puff stage.

Thirdkoopa: How about favorite character?

PopiPenguin: Puff for Melee (I have arthritis.). Icies for Melee, Brawl and PM. Pikachu for Smash 4 & 64.

Thirdkoopa: How long have you been writing on SmashBoards for?

Thirdkoopa: Is there any personal goal you have in the Smash Community?

PopiPenguin: I personally want to just grow the scene. I want to get all those people in the casual and casual-competitive line to join the community. It sucks seeing people not wanting to join our events because "we're not playing on the 3ds and streetpassing" or "too competitive".

Thirdkoopa: Outside of Smash Bros., what other hobbies do you partake in?

PopiPenguin: I do a lot of biking, swimming and you guessed it, writing.

PopiPenguin: Other than Smash (I love all the series' games), my favorites include Dark Cloud 2, the Metal Gear Series and the Fallout series (preferably the top-down games. Wasteland 2 is included.).

Thirdkoopa: Anything else you would like to tell us about yourself?

Thirdkoopa: Would you be up for answering questions in the users comment? Where can people more interested in knowing you get to reach you at?

PopiPenguin: Yes! I'd love to. People can reach me @AdmiralPopi on twitter.

Thirdkoopa: Thank you very much for your time!

Once again, give a warm round of applause to PopiPenguin! Check his twitter over here and support his adventures of the Philippine scene. While you're at it, if you enjoyed the interview, contact the interviewer himself here. Stay tuned sometime over the next two weeks for the interview with PushDustin! 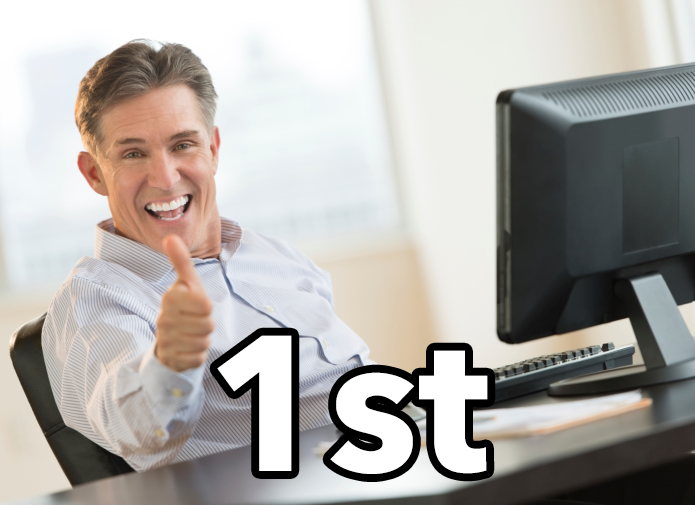 Yes
I think you're a really cool fella Popi! Glad to have you as a writer and get the fortune to read your content and about yourself.

"2nd"
That was a cool interview! Glad to see that you are growing your local scene too!
This kid is a savage.
Thats a great interview.

LayZSmasher_BluJay said:
Wow you are awesome! I'm
14 turning 15. Any advice on how to train alone? I use 20xx
Click to expand...

You really don't. There's a limit to how much you can do this. This applies even more so to me since I main Icies (which means I have to practice against real people) . Start a scene.
How do you have arthritis at 15? That sucks man, I'm sorry Is it bad?
Wait a sec,

LightSpeed said:
How do you have arthritis at 15? That sucks man, I'm sorry Is it bad?
Click to expand...

Just mild. Rheumatoid arthritis is inherited. Smash isn't the primary cause though. My region of the PH only recently caught up to the digital age that much yet so my hands got destroyed by thousands of notes during elementary.

Popi is only 15 years old and is already working on a thesis ?
...Well damn, gg Popi. Many of us out there have a lot to learn from you...
Click to expand...

Yeah... everyone in my school is required to do one starting 9th grade (either solo, pair or triad). Think of it this way, imagine a school where all the classes are AP classes starting from the 7th grade lmao.
Last edited: Oct 9, 2015
I never really thought about how many young people were deep into the smash community, its a nice thing to see. Keep at it Popi!

Popi Penguin said:
You really don't. There's a limit to how much you can do this. This applies even more so to me since I main Icies (which means I have to practice against real people) . Start a scene.
Click to expand...