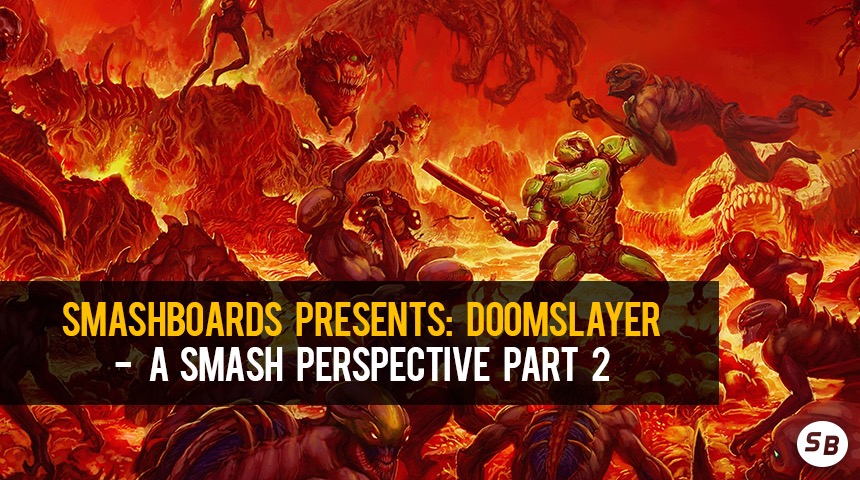 In our last article, we discussed how Doomslayer would be represented in Smash Ultimate. In this article, we will look at how the Doom franchise would be incorporated into Smash and possibly give a glimpse on what sort of content would appear. 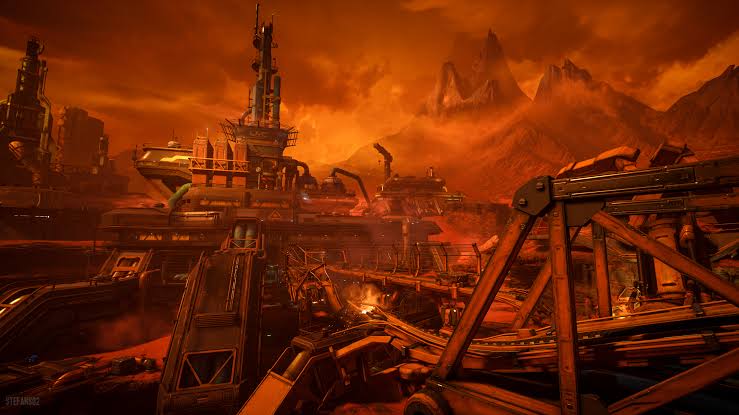 While Doom Eternal is set to take place on Earth, we felt putting players at the research facility on Mars would be more fitting. This was the setting for Doom (2016) which involved the entity known as UAC (Union Aerospace Corporation) studying Argent Energy, a renewable energy source thought to originate on Mars. However, all Hell breaks loose as demons and other ghoulish fiends invade the red planet. The stage would be like nothing we have ever seen before. Sakurai once described Dracula’s Castle as the darkest stage yet in Smash. I think Mars UAC Facility would be a good contender as well. To capture the essence of both Mars and the demonic invasion, we feel it’s best to make the stage start inside the facility but gradually get destroyed throughout the match. All manner of devilish fiends such as Pinkies, Hell Guards, Imps, Lost Souls, and maybe even a Cyberdemon would be background content that destroy the facility. I think this kind of stage best captures the brutality and chaotic nature of the Doom series.

An obvious choice for a Doom-based costume would be the Doom Slayer’s Praetor Suit. 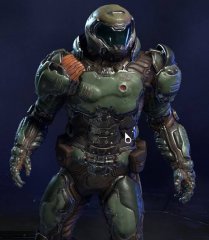 He wields the Super Shotgun in the Mii Gunner outfit and the Chainsaw for the Mii Swordfighter outfit. Aside from that, all the other Doom-related Mii Fighter costumes involve the monsters found in the games which would be rather interesting but I would rather take an alternate route… 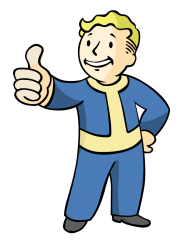 As we saw with Persona and SNK content, Mii Fighters are not restricted to the game the representative character belongs to. Doom was originally developed by id Software but first I'd like to talk about some other Bethesda costumes. Bethesda also owns the infamous Fallout series. The Vault Boy from the famous post-apocalyptic Fallout series would be the perfect candidate for the Mii Gunner outfit. Perhaps he could wield the Laser Pistol? 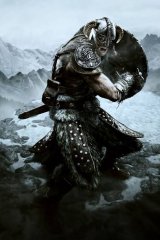 Once again drawing from Bethesda properties, the Dragonborn from the critically acclaimed Elder Scrolls IV: Skyrim would be a perfect candidate for the Mii Swordfighter. While he couldn’t use his Shouts, he could wield an Ebony Sword or Ancient Nord Greatsword. How epic would it be to watch him fight against Ridley? 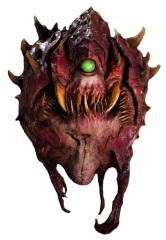 Going back to Doom content, I think an appropriate hat for the series would be based off from the Cacodemon. Even without the video that showed a possible modded Mii hat, we think the Cacodemon makes perfect sense as it’s an iconic monster from Doom. This monster and has the right design and proportions for being a Hat. Another contender could be the Lost Soul monster which, like the Cacodemon, is an iconic monster that’s composed of a floating fiery skull. 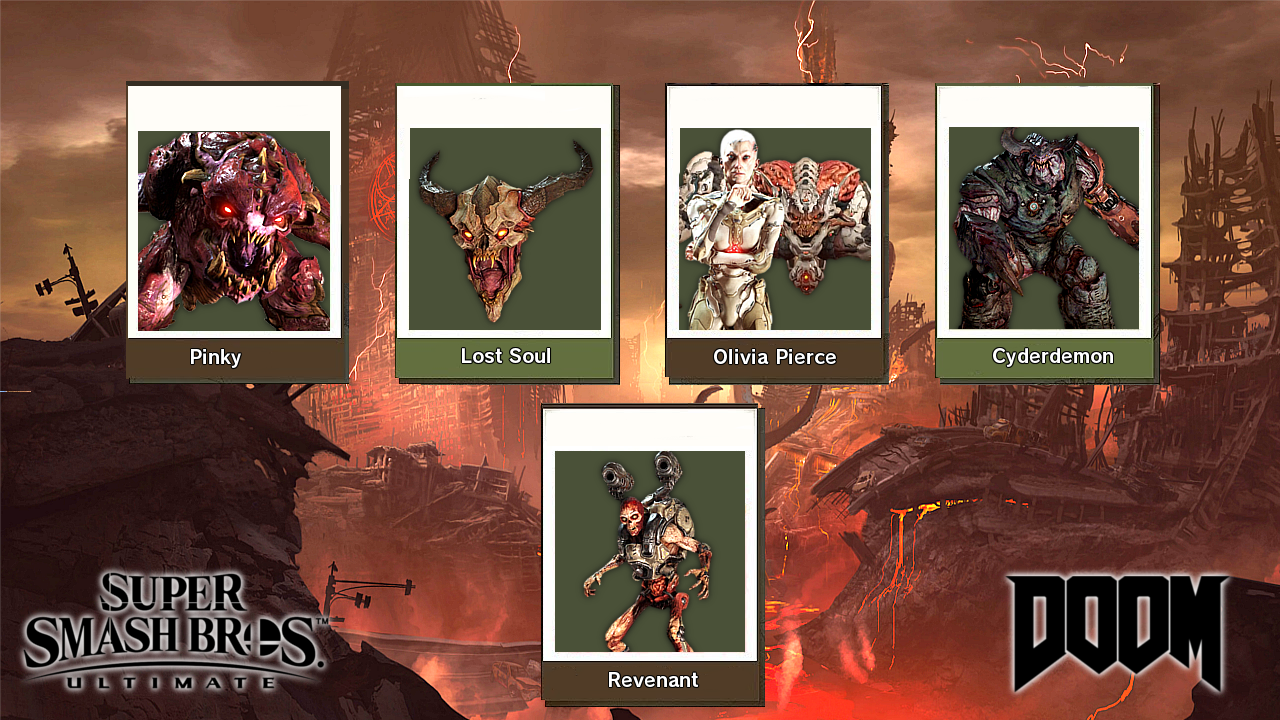 Spirits would obviously be included with a Doom Fighter Pack and there isn’t any shortage of ghoulish fiends to include. 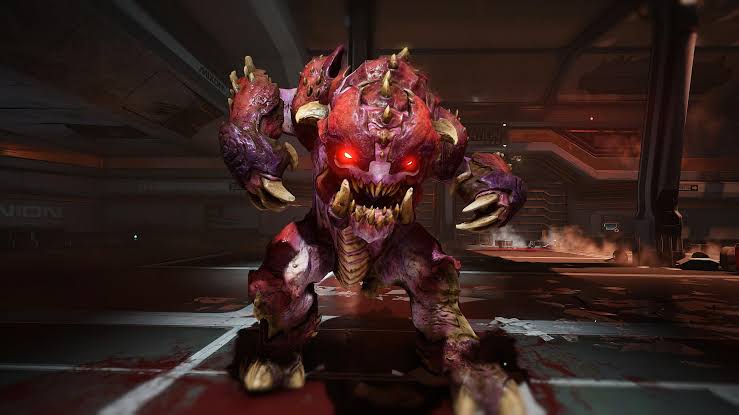 Pinky or also called Demon is one of the many monsters found in Doom. It’s one of the more iconic monsters which has since appeared in almost every iteration of Doom.

Spirit Battle
Character: (Giant Pink)
Stage: Castle Siege (3rd Phase)
Rules: Attack Power Up
Conditions:
Inspiration: The Pinky Demon is known for performing charging attacks can harm itself when it collides with a solid object as well as easily distractsble when a Hologram item is placed on the field. 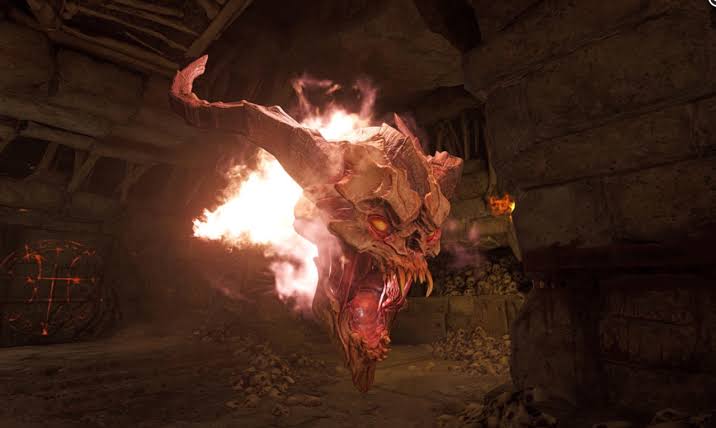 The Lost Soul is another recurring monster found in Doom that takes on the form of a fiery floating skull. 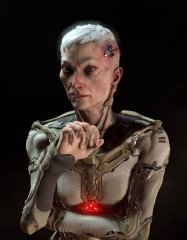 Olivia Pierce is one of the lead researchers at the Mars base that studies the energies found within Hell. Her story could prove useful for enhancing her to the Spider Mastermind form. 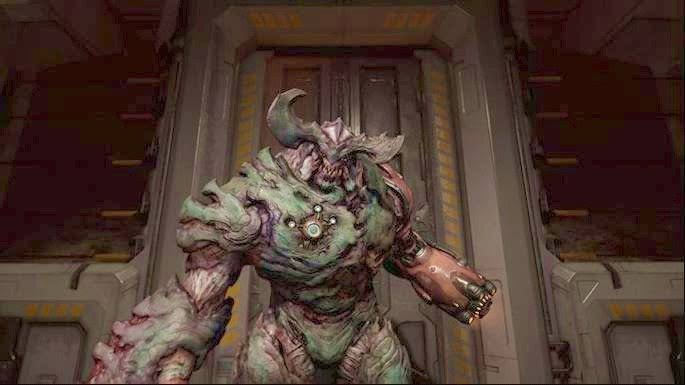 The Cyberdemon is a powerful demon found within many of the Doom games and is seen as a major boss character. It’s been grafted with unique high-tech weaponry. 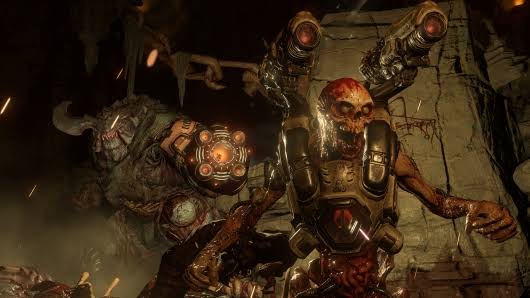 The Revenant is a monster that has changed over time to become a jet pack wearing, rocket firing demon.

I focused mostly on Doom (2016) due to many songs that fit well within Smash Bros. Many of early Doom’s music is more ambient and brooding in nature. I can see them being remixed to be more suitable in Smash.

Outside the Fighter’s Pack

In this section, I want to look at [iDoom[/i] content opposed to what’s typically included in the Fighter’s Pack. Typically, the fighter and related content, a stage, spirits, and music is included but let’s take a look at some more content that could be included! 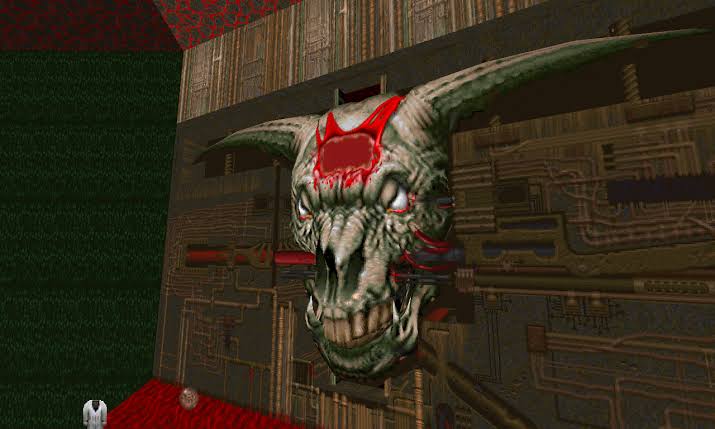 Doom has tons of great monsters to feature as an Assist Trophy but I believe one that could incorporate plenty of references to the series is the end boss of Doom II, the Icon of Sin. This evil-sounding boss is known to spawn all sorts of vile demons. This could act like a Nightmare-style assist that summons Imps, Pinkies, and Lost Souls just like how Pit’s Final Smash was in Brawl. John Romero’s head could also pop up time and time again as an Easter Egg! 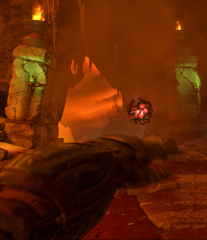 Doom has tons of potential items and weapons to use but I feel one that fits the most if the Siphon Grenade. When thrown, it leeches health from the target while damaging them and transfers it to the thrower. This would make an ideal weapon to deal damage while also healing yourself. Imagine hitting a group of opponents in eight-player Smash!

One of the most prevalent enemies (and boss) in the Doom series is the Spider Mastermind. It has had numerous face lifts over the years but it still retains the same amount of grossness. It could appear during a boss battle in Classic Mode and World of Light where it’s working for Dharkon. Being a demon of hell, it obviously has its own schemes though and perhaps it plans to overthrow Dharkon. It could use a wide assortment of attacks including melee and charging attacks while also causing to electricity the floor. In addition, it would be interesting if it jumped into the background and fires several rounds of laser fire form it’s under mounted turret. Despite seeming like a weak point, the brain portion wouldn’t take any damage but it’s weak point would be its face.

Author’s Note: Would you be excited to see Doom content in Smash? Did you think our list was accurate and portrayed its original content? Was there something you personally wanted to see included? Let us know in the comments below.

I'm so down with Doom Slayer hopefully being among the DLC fighters (whether he be the fifth, or be inbound within the second wave of DLC). Just thinking about having Mick Gordon working on some of the tracks for Ultimate. 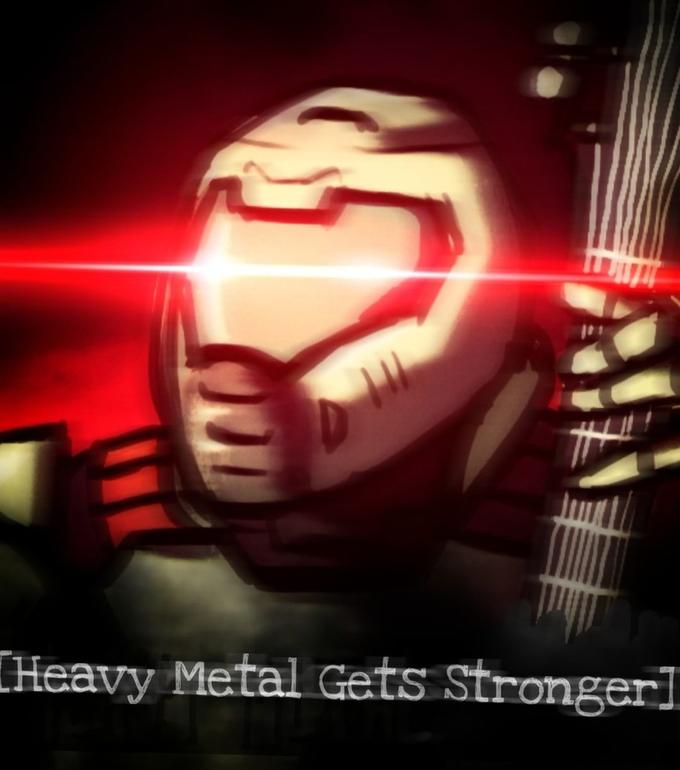 chemo said:
I am absolutely sick of this argument being brought up.

DOOM has more to it than just wanton violence and gore, such as the iconic music and enemy designs. Hell, despite the fact that the character of the Doom Slayer largely involves his hatred of demonkind and his desire to rip and tear them apart, his brutality could still be represented in Smash whilst keeping the E10+ rating, such as having rather satisfying, bone-crushing (but bloodless) grabs and punches.

Also, in terms of "mature" games DOOM isn't even all that bad. The classic games in the series are very tame by today's standards and while 2016 and Eternal are indeed very violent, it's a means to make the games more satisfying rather than shocking. Compare that to something like the NetherRealm Mortal Kombat games, which contain fatalities that are downright sadistic and disgusting (and Scorpion, Sub-Zero, and Raiden got into the T-rated Injustice series anyway so like that even matters), Manhunt, which involves killing people in over-the-top ways to the amusement of a snuff film director, or Postal, where every single crevice of it relies on crossing the line twice.

And you know, to compare the Doom Slayer to Bayonetta, the latter has finishers in her home series that are comparatively drawn-out and have a large element of sadism to them, whereas the former's are relatively quick and clean (even if they're portrayed in a gorier fashion).
Click to expand...
Doom Slayer would be quite cool.

People say he is too violent, but games such as Quake have proved that he can be toned down and still feel in-character.
IanTheGamer said:
I think the Doom Slayer is too gory for Smash, sadly. And for what it's worth, Rip N Tear is a huge game mechanic in Doom. I'd rather just see Master Chief, you don't have to worry about gore with him
Click to expand...
And Torture Attacks and Climax finishers are a huge game mechanic in the Bayo games.