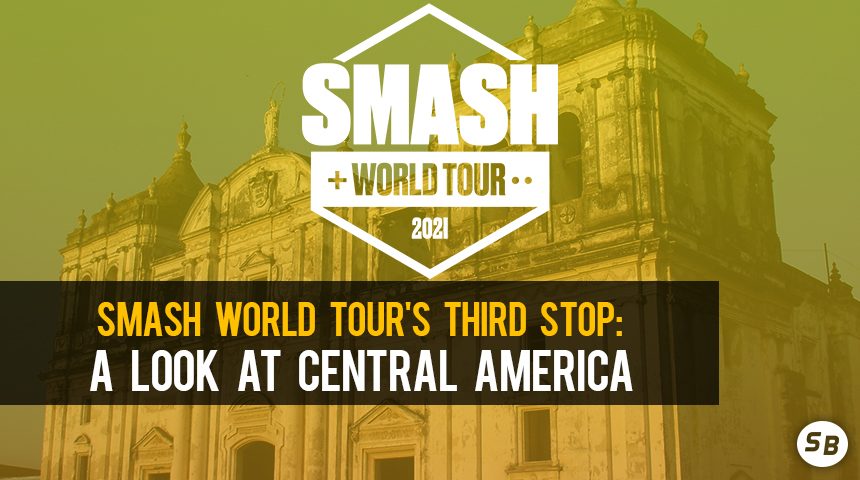 While the first two online qualifiers ran with single definitions that included largely unified scenes, this qualifier includes two separate wider regions - Central America and the Caribbean - and merges them for brevity. It’s also the first to exclude meaningful countries, a trend we’ll explore more when we get to Europe and Southeast Asia.

One half of Central America South, Central America, has a scattering of solid players that typically do not travel beyond Mexico for major events and often are best known via wifi events.

Markus “ShinyMark” Florido, a Pikachu player with deep pockets from Guatemala, has long been known as a top player from the region. Seeded third, he’s one of the most likely players to cut into Mexico at the Central American finals this summer.

His first set will be against “Kira,” El Salvador’s second best player and a fellow Pikachu main. This will be a pretty important set, as El Salvador has long been regarded as one of Central America’s stronger regions. ShinyMark is favored judging by recent tournaments from both players, but as seen with the Oceania Qualifier, major upsets can absolutely happen.

Jason “Yei” Mora has long been a discussed figure within data collector and analyst circles. He is Costa Rica’s best player and has been for a considerable amount of time. He has outpaced expectations frequently, most recently with last year’s Smash Vertex, where he easily defeated Enrique “Maister” Solis.

His pockets are considerable, though he has thus far opted to play Palutena and Corrin. His first set today will be against Edwin “Ed(?)” Dubon, a Honduran Game & Watch player that is currently ranked 6th in his country. Yei is favored, but Honduras is an interesting topic of discussion.

Honduras’ top player, Kevin “Yuka!” Sanchez, was DQ’d from the event during pools. Prior to the wifi era, Honduras was largely under the radar among Central American countries compared to Costa Rica, Panama, El Salvador, and Guatemala. Despite this, Honduras put up 7 players in the top 32, tying Costa Rica for the most regional representation at the event.

Diego “Echofire” Zelaya is the most well favored among the 7 Honduran players to qualify for the Central America finals, sporting one of the more impressive Central American set records. As it stands, he is set to fight the higher seeded Costa Rican “Mtkat,” a Palutena player who has had a hot streak this month. Mtkat has defeated top Latin American players such as “BigBoss,” “Player 7,” “CK,” “FuerzaDon,” and more at recent events.

While I’ve covered some of the highest seeds from most countries listed, the last Central American country of note with qualified players is Panama. “Sometimes” is a Bowser player ranked 9th in the country, and is set to face off against Puerto Rican Banjo player “JJPM” early in losers.

In winners, rank 16th “Noway” who uses Zelda is set to fight Carlos “Sonix” Perez in round 1 of Top 32. Sonix is heavily favored, himself being ranked #1 in the Domincan Republic Power Rankings and 4th on the Wifi Warrior Rank v6.

As can be expected from the last two qualifiers, a good bit of talent is missing from this Top 32, through a combination of early DQs and lack of attendance. To many player’s credit, this is less a talent issue, and more a fact that some notable upsets occurred - in the case of Panama, countrywide rank 1 “LumaKing” fell early in pools.

Nicaragua, however, is largely absent from this event despite being an active and relevant Central American scene. Their two best signed up players, “Rayo” and “Chocoyo_ZP,” both DQ’d.

Other threats worthy of note are El Salvadoran Banjo player “Wolfen” and Costa Rican Wolf wifi warrior “Morsalsa,” but other Central American players listed in the Top 32 bracket that haven’t been discussed could easily be credible threats.

While Central America took up a whopping 24 spots of the Top 32, the Caribbean only managed to get in 8 players. This was despite a general lack of attendance from the wider area outside of players from the Dominican Republic and Puerto Rico.

Sonix was briefly touched upon above, but he is the event’s favorite, and the best player from the Caribbean. He, like Yei and ShinyMark, would be a huge threat at the offline regional finals for Central America, and has actually done relatively well offline before with wins over Guillermo “Stroder” Martinez and Alejandro “Regi Shikimi” Martinez at supermajor events 2GG: Kongo Saga and GENESIS 6, respectively.

Kevin “Capitancito” Rossell is another significant threat. Seeded 4th, he is currently considered the 3rd best player in the Domincan Republic and performed well at CEO Dreamland 2020 . He has also defeated Sonix before. While he primarily mains Wolf offline, Capitancito is one of the better active Mii Gunner players online. He’s set to face off against Honduran Bayonetta “MyKoN!s.”

Omar “0mart” Mateo is currently ranked second in the Dominican Republic and is the Caribbean’s best Snake player as well as one of Latin America’s best overall Snake players. He is currently in losers bracket due to a DQ, set to face off against Puerto Rican Mii Gunner main “Wufnik~.” While he’s favored, this matchup could prove to be a difficult obstacle in the already tumultuous path to top 6.

Yariel “Tuitt” Collado is the best Puerto Rican player in attendance and the last in the winner's bracket. He is considered one of Latin America’s best Robin players, alongside Mexican player “Rinku.” He has been a considerable force at Latin American events, notably defeating many present players in this bracket, including Ed(?) and Echofire, at Blink Esports Battleground.

With Yuka! Falling early in the bracket, Tuitt will be favored against El Salvadoran Min Min player “SoyCuscatleco,” though it should be noted that they haven’t dropped a game in the four pools sets they played.

Finally for Puerto Rico, we have Palutena main “Blender” who will face off against “ZoroCR,” another Palutena player hailing from Costa Rica.

For the last Dominican Republic Player, there is “IvanSS,” a Richter main set to fight against Honduran Young Link “MajesticSouls.”

The Caribbean has some of the strongest attendants at the event even without all of their top players in attendance. This lack of attendance extends to more unknown regions like the Bahamas or Jamaica, where no power ranked players attended.

Unfortunately, the Caribbean was hamstrung somewhat by the allowed countries. Aruba, Cuba, Barbados, St. Lucia, and most notably Trinidad & Tobago all have active scenes yet weren’t allowed to attend.

While it’s hard to know if those of these island nations would be viable in an event like this, we do know that Trinidad players have been successful at events before, with “Wabz” performing well in the past.

Central America South comprises two hidden boss regions, and its top 32 has a lot of unexpected participants in it that might demonstrate depth. The Last Chance Qualifier could prove particularly brutal due to the swell of talent that will be eliminated before the top 6, and any further early upsets will only hasten this.

A lot is on the line here since Central America and the Caribbean are both two of the lesser travelled regions despite each having solid talent pools, but the best news yet is that they can once again compete directly against Mexico in an offline environment. This will be a boon for all regions involved, and emphasizes the importance of the Smash World Tour’s showcasing of lesser-known regions.

Where to Watch & Resources