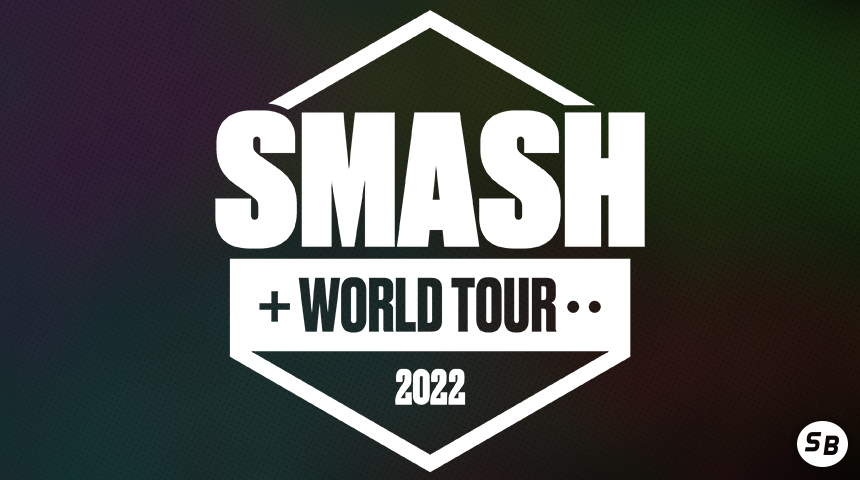 On November 29th, 2022, Smash World Tour (also known as SWT) published a statement on Medium. SWT claims that they were contacted by Nintendo who was looking to cooperate with them so that they could get a license for Smash events. This message was a good sign for the SWT staff, as it felt like they were moving towards a better relationship with Nintendo. However, they claim other organizers had said they were afraid to join SWT’s circuit. Allegedly, Panda Global’s CEO, Alan “SamuraiPanda” Bunney was warning others that SWT would be shut down by Nintendo.

SWT saw these warnings as contradictory to Nintendo’s earlier statement. However, they could not speak up as they wanted to keep their conversation with Nintendo private. They then contacted Nintendo again, with Nintendo allegedly saying that Panda’s license isn’t exclusive. Nintendo supposedly also said that they’re only looking to shut down tournaments with game modifications. This helped SWT regain confidence, but they claim that Panda’s warnings didn’t stop. SWT alleges that Panda started claiming exclusivity at this point. This would mean that no event can be in the Panda Cup and SWT at the same time.

SWT also claims that Panda had approached events that weren’t part of SWT to recruit into Panda Cup. Supposedly, they wanted full broadcasting rights, and some events already had contracts with Beyond the Summit. So, they allege Beyond the Summit was contacted by Panda Global, but Beyond the Summit didn’t want to let go of the broadcasting rights. Allegedly this caused Panda to threaten taking down all their Smash events and broadcasting if they don’t join Panda Cup. SWT claims to have sent a license application to Nintendo on April 9th, 2022. However, they never received a license, and on November 23rd they received bad news. Apparently, they would never receive a commercial license for the 2022 championship and all 2023 events. It also turns out they would not be able to operate unlicensed events, meaning the Smash World Tour could not continue.

Shortly after SWT’s statement went public many influential community figures have made statements on the matter. VGBootCamp responded with a statement of their own. Glitch: Duel of the Fates and Double Down 2023 have been canceled as they feel they’re currently at risk if they continue broadcasting. Beyond the Summit’s David “LD” Gorman also responded. He stated that Beyond the Summit “...will absolutely never participate in a circuit led by Alan.” Tracy “Nazhjin” Parks of Golden Guardians stated that he “...was also approached by them and was told the same thing regarding anything GG was planning.”.

I was also approached by them and was told the same thing regarding anything GG was planning.

A Nintendo spokesperson later responded to a Kotaku article with a statement on the matter. They said that while they hadn’t reached an agreement with SWT, they didn’t request to cancel the event. However, SWT made a response of their own. SWT claimed that Nintendo told them they need a commercial license to operate and would not be receiving one.

Nintendo has sent another response. In it, they state that Panda Global wasn’t a factor in their decision and will continue to be a key partner. They also mentioned that while they never gave a license to SWT they did not tell them to cancel the event.

Smash World Tour then responded again with a Google Doc. They state they are confused with Nintendo’s response and question why Nintendo did not wait until after the Championship events to contact them again. SWT also expresses confusion about what Nintendo’s statement means for unlicensed events in the future, and their disappointment over Nintendo keeping Panda as a key partner.

Panda Global responded as well. Panda states they were "...as surprised as the public to see the announcement of the Smash World Tour's cancellation as well as the accompanying statement which attacked the hard work and ethics of those behind the Panda Cup." Panda states they were never informed of any intent to cancel the SWT Championship or tried to do so. Panda also denies the accusations tossed at SamuraiPanda, although they "...acknowledge and regret an interaction between Dr. Alan and Beyond the Summit, in which he spoke in a manner which did not reflect either guidance from Nintendo or our own standards."

You can read the responses on the following links:
Author’s Note: Well, this certainly sucks. I can't say I'm surprised by Nintendo here, although I'm both shocked and disturbed by the Panda stuff if it's all true. What do you think though? Please let us know in the comments below!

Anyone remember when people said a couple of DLC characters were gonna kill competitive Smash? Yeah, good times....
I am so mad at panda for this, and at Nintendo’s end, they should not just shut it down immediately
**** Panda Global for this. Alan just seems to be an incredibly corrupt person who wanted to monopolise the entire Smash e-sports scene out of pure greed.

PGStats (a sub-section of Panda Global) also did some unrelated scummy action where they stole an idea from a user and didn't give compensation 6 months ago.

yeah, I pitched the idea to them for a chance to get an internship with them, they said they chose someone else and reassured me that my idea wouldn't get used if i didn't get the position, the clip is what came after he asked to talk with me pic.twitter.com/p0K9BT4XL9

Last edited: Nov 30, 2022
Wow, the competitive scene is going to die before I manage to get into it, good job Panda and Nintendo.

Mike 223 said:
Wow, the competitive scene is going to die before I manage to get into it, good job Panda and Nintendo.
Click to expand...

Doubt it, but who knows honestly
This sucks, but they should be used to being canceled. It is a common thing actually.
Dr. Alan has posted has stepped down as CEO of Panda https://twitter.com/DrAlanB/status/1599644902807068673?s=20&t=m9JTNWY6rIU-nilfWekWtQ and has issued his own statement https://medium.com/@alan_43400/my-statement-3a66fd37978a. Sorry if this is already in the OG post, I didn't see it there

I read that post of Alan's and I have to say there was a lot of it I can relate to and sympathize with.
After years of being a prominent member of the Smash community and a head of my local organizations I can say not to trust any - and I repeat any - hearsay/rumor accusing people of wrong deeds until you get all sides of the story.

Lies travel the world before truth can tie its shoes.

It may be the obvious here that those who are most harmful to the community as a whole are the ones doing the most hating/accusation/insults, that's a guarantee. The Smash Scene fosters winner/loser mentality and thus ushers in narcissists en mass. Psychologically, this complex is ego-driven and have sociopathic tendencies that will exploit/manipulate any way to meet their self-centered goals - Smash Community is no exception. As much as it pains me to say this, an environment that rewards competition with fame/money/glorification is a recipe for such a breeding ground; I say this not as merely harsh words but as words of warning to cherish those people who are good for the community by their actions and not by their words that toot their own horn (or more deplorable actions). Keep the people who do their job well in high regard and keep them in check.

Smash Community seems to echo society at large - ostensibly we are in tumultuous times of leadership worldwide.

My initial thoughts after reading Alan's statement can be found here:

t0mmySSB on Gab: 'Just read Alan's statement: https://medium.com/@alan_43400/my-statement-3a66fd37978a and it really hit home for me, being a part of the history he speaks of (I date back even longer than him). Here are my thoughts: The Smash Community used to be an amazing grassroots community...