Smash the Record 2017 Recap and Highlights 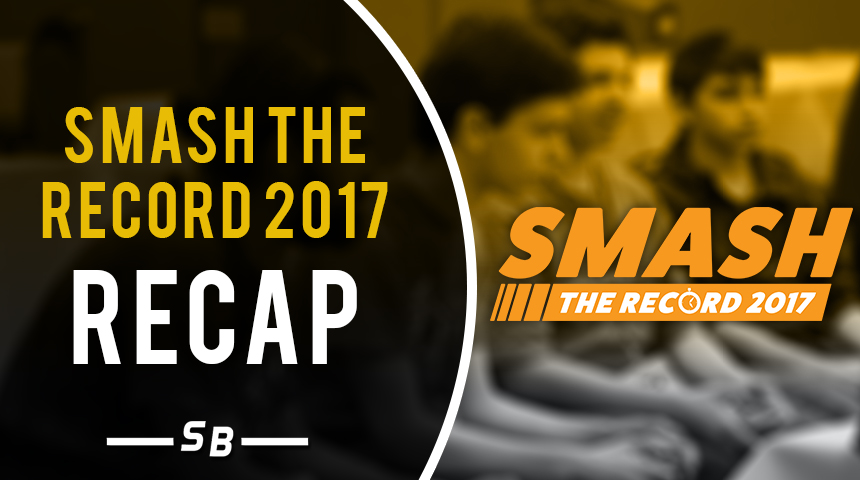 Raising $34,255 over four days, Smash the Record 2017 was another year of fun and charity. Originally started as an attempt to break a world record, STR has become the premier charity event for the Smash community. Below, we highlight the various events that took place.

STR is, first and foremost, a tournament. As such, there were plenty of bracket sets that gave viewers something to enjoy. With the relaxed nature of the tournament, many of the well known players for both Melee and Smash 4 played secondaries or even played random characters. With relaxed commentary, the sets have a personal touch that make them interesting to watch for fun or sport.

Over the weekend, various special-rule tournaments took place. These created new challenges for players, as it gave them new limits or variables to grasp as they played. These included events like One-Stock, Pokémon, Oven Mitt, and Stamina tournaments. Watching players adapt to the situations these tournaments brought made for quite the spectators delight.

Pitting the AI Smashbot against players of all levels, viewers got an interesting glimpse of where the future of Smash may be heading. The bot made quick work of most players of every level, and demonstrated what a computer can accomplish with Melee. The developer also hinted at ew shaping the bot into an analysis machine, which would be capable of giving quantitative data about a player's weaknesses. With these demonstrations, Melee may only be getting started in how optimal the game can be run.

STR 2017 delivered once again, to remind us of how Smash can still be a fun experience for just the sake of fun. With this year coming to a close, we can only hope that STR 2018 is just as strong.
Last edited: Sep 21, 2017