Past dates
Upcoming dates
All times have been adjusted for the timezone: America/Chicago 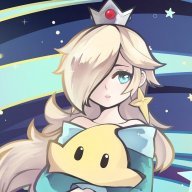 The Long Awaited Sequel to SLAM 2016: 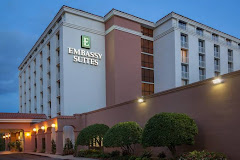 We are excited to present to you the return of the South Louisiana Major! Last year was an overwhelming success for the people full of positive feedback and we plan to improve upon it this year! Same location, more room, and more hype! This year we will be a one day event.

We will also be teaming up with Action Tournaments & Games once again to provide you guys with an even better experience!

ON-SITE REGISTRATION WILL BEGIN AT 10:30am

ONLINE PRE-REGISTRATION IS AVAILBLE AT:
https://smash.gg/tournament/south-louisiana-major-2017-slam-2017/details

We will once again be at the Embassay Suites of Baton Rouge, Louisiana!

All rooms come with a complimentary breakfast in the morning and a reception in the evening with Cocktails and h'orderves.
Hotel also has an indoor pool and restaurant and is surronded by many restuarants.

IF YOU ARE GOING TO BE RUNNING LATE PLEASE NOTIFY AN EVENT ORGANIZER SO WE MAY ACCOMMODATE THAT. TOs RESERVE THE RIGHT TO DISQUALIFY YOU IF YOU ARE HOLDING UP THE TOURNAMENT

Here's the list of games that are on the official tournament line up:

The official stream for SLAM 2017 will hosted by Level 482 Gaming:

All Game rules will be posted below. We really want to make this event a success and we'll need all the help from the community that we can get! Let's get everyone hyped for Louisiana's Biggest Event Yet! Hope to see you guys in April! C'mon and SLAM!

Best 2 out of 3.
Loser may switch characters. Winner may not.
All finals will be 3 out of 5.
Kanzuki Beach and Skies of Honor stages will be banned.

Best 3 out of 5.
Loser may switch characters and variations. Winner may not.

Best 2 out of 3.
Loser may switch characters. Winner may not.
Both players may switch team order.
All finals will be 3 out of 5.

Best 2 out of 3.
Loser may switch characters. Winner may not.
All finals will be 3 out of 5.

Best 2 out of 3.
Loser may switch characters. Winner may not.
All finals will be 3 out of 5.

Best 3 out of 5
Loser may switch characters. Winner must keep same team and order.

Glitches such as Ice Climbers’s Freeze Glitch and Mewtwo’s Soul Stunner are banned.

Pause option is disabled in the game menu. If left on, accidental pausing mid match forfeits a stock.

You may not choose any stage you have won on during a set, unless agreed by both players.

A tie is determined by most stocks, and then if still tied, by percentage. If percentage is tied, the match is fully replayed.

Playing as Master Hand is banned

3. Players take turns removing stages from the Neutral Stages list above based upon the results of the previous rule. The first player to strike removes one(1) stage from the list, the second player removes two(2), and the first player then chooses from the remaining two(2) stages.

4. The players play the first match of the set

5. Winning player of the preceding match bans a stage from the full list of stages, both Neutral and Counter-Pick. Does not apply to Best of 5 sets.

6. The Losing player of the preceding match picks a stage for the next match. Cannot choose the stage banned in the previous step, nor a stage they've already won on during this set, unless agreed.

7. The winning player of the preceding match may choose to change characters.

8. The losing player of the preceding match may choose to change characters.

9. The losing player of the preceding match may change their controller port.

10. The next match is played

11. Repeat Steps 5 through 10 for all subsequent matches until the set is complete.

Items set to OFF

Custom Moves and Equipment are BANNED

Mii Fighters MUST use the default size.

If a match ends with a player's suicide move that results in a draw (Ganon's flame choke, Bowser's koopa claw, etc.) the win will go to the initiator of the move. This will only apply to characters that have suicide moves that would end the match resulting in a draw. If you die before the opponent does, you lose.

You cannot counter pick to any stage you have already won on.

Gentleman's Clause: Any LEGAL stage may be played on if both players agree to it.

* Treated as Battlefield in striking phase. If Battlefield is banned, Dream Land 64 is also banned and vice-versa.

All other stages are banned.​

First stage is decided by each player banning one stage from the starters list and playing on the remaining stage that was not banned.

Following stages decided by the winner banning 1 stage and then loser choosing. The ban does not persist throughout the set.
Ties are broken by stock count, then lower damage rate. If this also results in an exact tie, players will play a 1-stock, 3 minute sudden death game.

All other rules will be BCS standard rules. You can find them on the Brawlhalla website: http://www.brawlhalla.com/bcs/therules/

Registration is live at https://smash.gg/tournament/south-louisiana-major-2017-slam-2017/details

Get up on those early bird prices!!!

Get those Pre-registrations in, guys!! Tomorrow is the last day before the price goes up by $5!!

We've just received another confirmation on ANOTHER POT BONUS for SMASH 4!! It's now up to $500!! Samsora is now also CONFIRMED to be going to this event!! We gettin' HYPE!!!

Remember to pre-register at https://smash.gg/tournament/south-louisiana-major-2017-slam-2017/details

We've also recently partnered up with Brawlhalla!! They will have a tournament with a $250 POT BONUS on the line!! Be sure to come out and support!!

WE ARE ONE MONTH AWAY FROM SLAM 2017!! Get those pre-registrations in and keep an eye out for our POT BONUSES!! We're up to $2,650 and we've secured partnerships with SNK and Brawlhalla!!

We've got a trailer for SLAM now, guys!! We've also got Samsora AND Captain Zack confirmed for this on top of the $500 pot bonus!! Spread the word!!

TRIHEX IS CONFIRMED FOR SLAM!! AND HE'S PLAYING MELEE AS WELL!!!

TODAY IS THE LAST DAY TO PRE-REGISTER FOR SLAM 2017!! GET THAT CHEAPER VENUE FEE AND FREE WRISTBANDS!!

Remember that Smash 4 and Melee have $500 and $200 POT BONUSES respectively!!

ONLY 5 MORE DAYS UNTIL SLAM2017!! BE SURE TO COME OUT AND HELP SUPPORT THE EVENT!!! BRING SETUPS AND GET HYPE!!

Also here is the stream schedule: