Skewer and Counters - When punishment gets punished 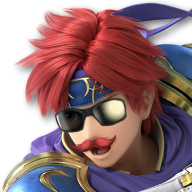 Location
Whatever remained of Zebes

After watching this, it suddenly hit me that Skewer can actually be countered. And how utterly devastating it can be for Ridley.

As you may know, the way most counters work is that, when an attack triggers the counter, it deals the amount of damage the triggering move would've dealt, plus a multiplier that varies from character to character. It then also delivers knockback relative to the amount of damage it dealt.

Since the first hit of Skewer deals about 48% on 1v1, the most damage you could realistically pull in a single move during a normal match (outside of moves like KO Uppercut or a fully charged Flare Blade), this means that Ridley will not only receive a stupid amount of damage back to him, it can also potentially kill him instantly (as seen in the video).

So, on that note, I did some labbing, tested Skewer on every single counter in the game on FD, seeing whether they're true OHKO (that is, send you from one edge of the screen to the opposite blast zone), or just able to kill him at the center of the stage, if at all, and if they can hit you if they're hit at maximum range, and all of them done with Ridley at 0%; here are my results.

(really wish I knew how to use tables in this format)

: Since Toad only deals set damage and knockback, it isn't affected to much by skewer. Can hit you at maximum range.

: Kills you at center stage. Sends you close to the blast zone otherwise.

: Can OHKO if sweetspotted, otherwise only kills at center stage.

: True OHKO, no matter where you are on the stage.

: As it deals set damage and knockback, Double Team never kills at 0% (not even at max aura).

: Sends you close to the blast zone at center stage. Can hit you at maximum range.

: Sends you close to the blast zone at center stage, but not as far as most counters.

: Forward Vision can OHKO. Both versions can hit you at maximum range. (Shield and Buster don't kill you instantly, but Smash is a OHKO)

: You get in Witch Time for long enough that she can run up and grab you.

: Doesn't kill, but can hit you at maximum range.

: Oddly, Revenge doesn't even work with Skewer. Any attempts at activating the move only results in Incineroar getting shanked.

: Brawler's Counter Throw doesn't kill, and can only connect at minimum range. Swordfighter's Blade Counter is a true OHKO, though

So yeah. That's pretty much all I gathered; maybe I'll find actual kill percents on moves that don't just insta kill you at 0%. If you're a fan of this move, be extra careful with these counters, especially Chrom, Ike and Shulk.
You must log in or register to reply here.
Share:
Facebook Twitter Reddit WhatsApp Email Link
Top Bottom