Size/Weight and how it affects Damage and Knockback. 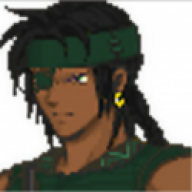 So I was immensely bored one day and decided to do some Smash Science concerning Mii Fighters, and how damage output and Kill Percent is affected by size and weight.

So basically, I made 9 Miis:
booted up Training mode, and went to town.

Here is the sheet

I determined damage by hitting with the move 10 times (in the case of more powerful moves, as many times as I could before Mario would die) and taking the average of the damage accumulated.

KO% was determined by attacking a Level 3 Mario CPU on Battlefield Omega. For non-upward-knockback attacks, it represents the point at which he hits the blast zone without a chance to attempt recovery. I walked him to the edge until he went into the "keeping his balance" animation.

If the KO% is "U" it means I didn't bother trying to figure it out, probably because of linked hitbox animations or too high percent for it to matter.

I still have to test the 3333 Special set for Tallest/Middleweight Brawler, and the entire moveset for Tallest/Thickest, but I've been working on this for months and only got so far, so I figured some accountability would get me to finish it.
Last edited: Jul 30, 2016
You must log in or register to reply here.
Share: Facebook Twitter Reddit WhatsApp Email Link
Top Bottom