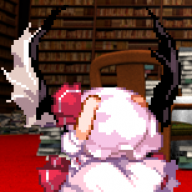 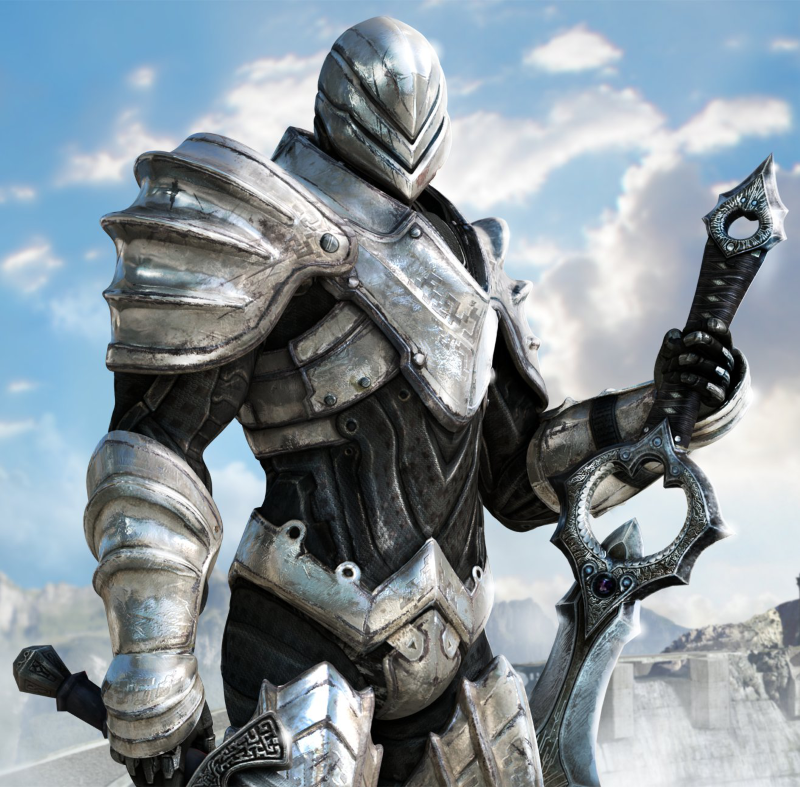 (Unfortunately I was unable to find a background-less picture of Siris. This is the best I could find.)


What is Infinity Blade?​
Infinity Blade was (I repeat, was) a series of hack-and-slash games for the iOS, where the player, as Siris (or possibly Isa in IB3) travels through a single large dynamic area, duelling enemies along the way. Infinity Blade plays like Punch-Out with swords. The player swipes to attack in all 8 directions, and at first must defend themselves from enemy strikes through blocking, dodging or parrying. The story revolves around the "Deathless", a race of nigh-immortal fighters who can resurrect after a period of time, and can only be truly killed by the titular Infinity Blade.

Unfortunately, the Infinity Blade trilogy was removed from the App Store in 2018 by Epic Games, who said that it was getting to hard to update the games for newer hardware. Which just sounds like laziness to me.


Who is Siris?​
Siris is the main protagonist of the Infinity Blade series, being the one playable character in IB2, one of the two playable characters in IB3, and is heavily implied in IB1 to be the player characters, the fathers and sons, who are actually just Siris getting resurrected over and over again. Siris, while lacking a universal appearance, is usually seen with a sword and shield, the former often being the Infinity Blade - though in IB2 and IB3 he can dual wield swords or use a heavy weapon. SIris is also capable of using magic (what magic depends on the ring he wears, but he's commonly seen with Light magic), and can dodge with surprising ease, and parry attacks.


Why Siris?​
1. Although the games are now off the App Store, they still have a cult following and ways of acquisition if one searches hard enough. Infinity Blade is often considered one of the legends of mobile gaming, having brought an insanely fun style of gameplay and AA graphics to iPhones and iPads.

2. I don't think we've quite had a mobile gaming rep yet, but if we do get one, Siris, being, well, one of the legends of mobile games, is a great candidate.

3. Don't just think of Siris as a simple hack-and-slash knight - he can take moves from some enemies similar to him in the Infinity Blade games, and can end up representing the series as a whole very well. He could play as a defensive, punish-focused, high-damage fighter.

This thread will be expanded as time passes, and more content is made to support Siris in Smash.