Ok this is it, I'm officially done with combo vids!! I've been wanting to do another Mario/D.K./Samus vid for a very long time but never had materials to do them. Now that I got the stuff I started production on them right away and I've been putting alot of time into them; so I think you guys will really enjoy them. Since these are the last vids I'll do till brawl comes out I'll try to have all of them done before brawl is out, but that's not positive that I will have the time to do it. Well here they go:

I will also be uploading my older three vids on filefront to make them downloadable (including the "3 things to know about samus" clips that I couldn't fit on youtube) till then, check them out on youtube:

Pimp of the Jungle: http://www.youtube.com/watch?v=AegG1l6-QS4&feature=user

For downloading them at filefront:

She is still my main and I continue to get better with her before anybody else. Since rushing Shogun of Fury and not choosing the best clips of combos I have I decided to start with her first. The things I have came from 3 sessions of playing (approximately 5 hours of gameplay). The music is the same as the trailer I did months back because I love it so much and it fits my Samus really well.

Mario was pretty challenging to make actually. It wasn't because of the combos fitting to music (it actually fitted good) it was just my cpu acting up the whole time!! Lol, I had a set date on realising this three days ago on 2/19 but that didn't happen. In this vid I added all three of the things I explained in at the beginning of the Super Mario Madness vid but did alittle touch by adding fireball set ups to edgeguarding. Lol, It's Ironic also that I check a thread posted by Eggz back in December talking about how awesome fireballs really are and I have combos where i'm using them as edgeguards lulz (u should check the thread out in the Mario section, it's really good). This will, I have to say, probably be my most fun vid of the three this time around (D.K. was my most fun the first time).

Probably the hardest to make cause I was working with about a hour worth of footage but I did it. I also had technical difficulties while trying to put this vid up but I was able to get it done in time ^_^. I also made my goal of finishing this vid before U.S. brawl release. Well in this video I tried to implement alot of Up-B edgeguarding, I guess in relation to a vid I made in November 2007 titled "Sho-Guarding, A Guide to Up-B Edgeguarding" to show how effective it really is. I had hella headbutt combo clips so the other things like the NAir Combo and Spacing game where of little supply, and those are the easier ones to do lol. The music is hip-hop just like "Pimp of the Jungle" but a different feel of it. The first song is from a Japenese band called Home Made Kazoku (They also did Bleach 2nd ending "Thank You") who does a Japenese type hip-hop, or rap.

I'll still keep thread updated, once again, thanks everyone who's watched my videos up to this point, and hope to see you in brawl!! Keep on Smashin'! 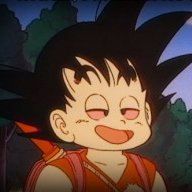 Layupfreak said:
I loved the mario one ^_^
Click to expand...

Also DK is added, I was able to finish it before brawl's release!!

Man your mario is beast but your dk is better and your samus is on a different level of all. I understand you like brawl but, come home sho.... just come home. Melee the first and last

ps don't forget my bowser vs your characters. 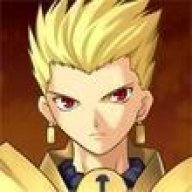 loved them all was good you ever going to come to one of the smash biweeklies i know its kind of far away i might just make it a end of summer smash tournament around aug 4-5. details later.

Lol, thanks guys, but I dunno, I might come play you guys if I can. I haven't played melee in sooooo long. I am having alot of fun with Brawl and stuff. We'll see how it goes like always ^_^ 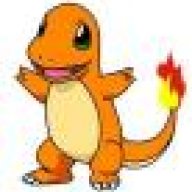 You are very very good at making videos and adding the right music.. quality is awesome.. editing is awesome.. combos are awesome the videos where ****.. good job.
You must log in or register to reply here.
Share:
Facebook Twitter Reddit WhatsApp Email Link
Top Bottom