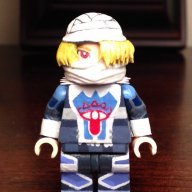 Sheik Tournament Video Archive
This is a thread dedicated to archiving Sheik tournament videos by matchup.

This archive as I call it is ordered by matchup, in order of the character select screen.
Within each character section, there are sub sections for both VoiD and Mr. R, as these are far and away the two top Sheik players in the world. In a few cases other individuals will have a section, if they have a very large amount of videos and experience in the matchup.There is also an "Other Sheiks" section within each character section, in which videos of Sheiks other than VoiD and Mr. R will be listed, in order of my judgement of the level of the opponent (e.g. in the Mario section, various Sheiks against Ally will be listed first, as he is the best Mario player). The specific order of the videos isn't fully organised, mostly organised based on the skill of the Sheik, amount of experience in the matchup, and also the date.

Videos from patches 1.1.5 onwards (1.1.6 onwards, when Bayonetta is involved) will be listed.
The majority of the Videos listed will be of top Sheiks against top players of the character in question, but also top Sheiks against lower level (but still good) players of the opposing character, or lower level (but still good) Sheiks against top players of the opposing character.
Up until 2018, videos from all levels of tournaments were included, but in 2018 only matches from Panda Global Ranked events will be listed (mostly), though some videos from locals and regionals will be listed if they are a great example of the matchup at high level (most notably lesser seen characters).
The W/L/T emblems show the outcome of the matches from the Sheik perspective. This is specifically referring to the matchup in question, for example if VoiD won the first two games against MkLeo's Marth, then got reverse 3-0'd by cloud, it would be listed as a win against Marth, and a loss against Cloud.
[W] = Win, [L] = Loss, [T] = Tie
The score, in bold, is also specifically referring to the matchup in question, so in the MkLeo example, it would be listed as 2-0 against Marth, and 3-0 against Cloud (but a loss).
The url links to the video of the match. Usually it starts from the beginning, but in cases where the link brings you to somewhere partway through the set, I have skipped to the specific games where the matchup in question is happening (or just skipped a really long handwarmer).
In some rare cases Wi-Fi matches, exhibition sets and money matches are listed, and when they are I will state so.
Clone characters (e.g. Pit/Dark Pit) are listed in the same section, but which of the two the opponent played will be listed.
That is all. I hope this archive can be useful for studying matchups, and videos of top players.