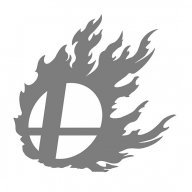 First off, I would like to apologize for the Fair--Footstool combo being on 1/2 speed. I was unable to do the combo quick enough to lock in full speed, simply because I am not that good at the game.

Anyways, here is an overview of the combos:

F-Throw--Footstool: This is the easiest of the combos to do. However, it is also the only combo that can be avoided with DI on the list. This combo will work until about 20%, and does 12% damage. To avoid being hit by this, simply DI away, and jump, airdodge, or attack.

D-Throw--Footstool: More difficult than F-Throw, but is the most practical of all the combos shown. This is true, regardless of DI, until 30%, and deals 11%. You can easily chain these together. The only way to escape if done perfectly would be a fast aerial, such as a Luigi nair.

Fair--Footstool: This is by far the hardest combo to do out of the list, which is why I had to do it on half speed. However, it is 100% true, no way to escape. The earliest possible percent you can connect this is 15%, but I was not able to get it successfully until 30%. This combo will work up until 39%, any further and it will not lock, though Fair--Footstool is still possible. This combo deals 9%.

In conclusion, these options are great combo starters, as they let you get a free lock into whatever you want. Thank you for watching my video. Feel free to give feedback or ask questions 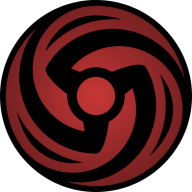 Glitchy_ said:
A player called Synergy SSB found a better (more consistent and more damaging) version of the combo. (with fully charged needles)
Fthrow -> FH Needles -> Footstool.
Click to expand...
Oh I didn't think of that, do you need a full charge for that to work?

kynlem said:
Oh I didn't think of that, do you need a full charge for that to work?
Click to expand...
I'm not copletely sure when it works but here's the link:
https://smashboards.com/threads/sheiks-optimal-footstool-combos.445951/