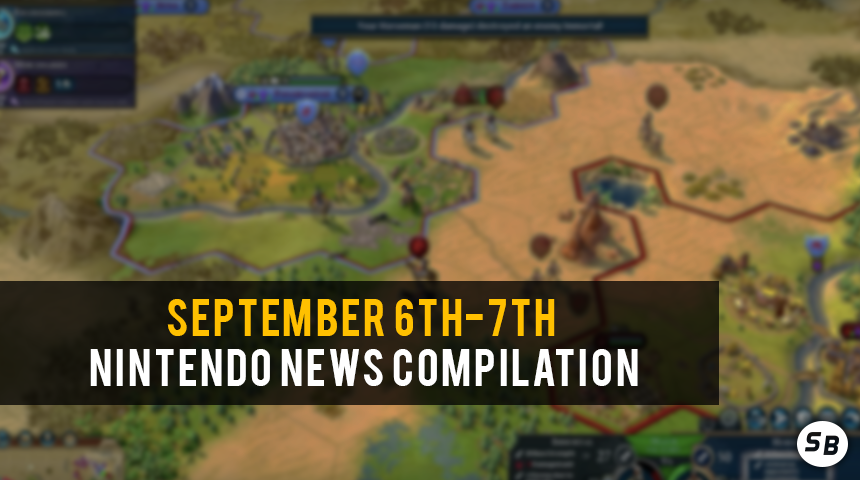 While the September 6th Nintendo Direct was delayed due to a horrific earthquake in Hokkaido, Japan, plenty of information about Nintendo Switch and 3DS titles has emerged since then.

For starters, the formerly unnamed Yoshi’s Island game seemingly had its title leaked as Yoshi’s Crafted World. This information reportedly was found on Nintendo’s official website, although the leaked title has since been taken down. Another potential regarded none other than Sid Meier’s Civilization VI, which will supposedly release on the Switch on November 16th.

Jump in to the Mega Man 11 Demo, available now for Nintendo Switch in NA and EU, and coming to PS4 and XB1 starting tomorrow, Sep 7!
▶️ https://t.co/zRsfWCKOhX pic.twitter.com/YN1pODD9Sz

That isn’t all however; Starlink: Battle For Atlas, which notably features characters from the beloved Nintendo franchise Star Fox, has recently revealed new footage of its opening cinematic and gameplay. Additionally, the official Mega Man Twitter publicly announced that Mega Man 11 would receive a demo, which has been available on the Switch since September 6th, 2018. Broforce also made its Switch debut on the same day, as it was released in the Nintendo eShop as a downloadable title. On September 7th, SNK Heroines: Tag Team Frenzy and NBA 2K19 both released on the Switch whilst Yo-kai Watch Blasters: Red Cat Corps and Yo-kai Watch Blasters: White Dog Squad became available for purchase on the 3DS.

But wait; there’s more! Some text was also recently found on some Nintendo games’ web pages that indicates that some Switch titles will be incompatible with a new Nintendo Switch Online feature, called Save Data Cloud Backup, which would allow its users to save their data online. The Cloud Backup incompatible games include Pokemon: Let’s Go, Eevee!, Pokemon: Let’s Go, Pikachu! and Splatoon 2. Reportedly, this feature is missing for those games because Nintendo fears it could make online multiplayer interactions and rankings unfair.

Author’s Note: So, what do you think about all of this Nintendo news, do you like or dislike anything we now know? Do you trust the leaks? Let us know in the comments!