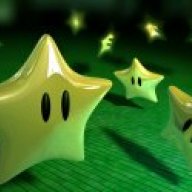 Hi everyone, it's time for the 3rd round of voting! We're getting close to finishing up for this season (we're limiting ourselves to 10 amendments per season, and this will mark amendments 5, 6, and 7 up for voting), and we will likely be taking a vote for alternative controllers by the end of the year. So that means we're almost done! This round's amendments can be found here:

These three amendments are as follows:

The first amendment makes a clerical change to section 3.1.9, and defines collusion as a mutual agreement to determine the outcome of a game or match. Pretty simple stuff.

The second amendment adds a "Grab N' Go" Clause, named for Team Grab N Go, and prohibits teams from touching or controlling their teammate's character at any point in a doubles match.

The third and final amendment specifies that the freeze glitch is not allowed, however it also specifically leaves enforcement of this rule up to TO discretion. The reason for this caveat is that it is possible for the opponent of an Ice Climbers player to activate the glitch, just as the ICs player themselves can. On request, we can try to produce some youtube videos demonstrating this in effect.

Please keep discussion contained to this page, and please submit your votes in the forms below. Voting will be kept open until the 27th, two days following the Christmas holiday. As with Thanksgiving, please don't make me track you down over my holiday break. Submit your discussion and vote early!

I am inclined to vote in favour of all three, as I don't see anything wrong with these additions. 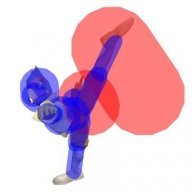 Do we really need to ban grab-n-go? I always thought it was clever and didn't really go against the spirit of the game.

Can't we just make a rule that explicitly makes it legal instead?
N

Voted yes on all three. These are pretty straight forward.

Don't Collude: Mutual is an important qualifier, but beyond that "don't collude" is pretty common sense. It's against the spirit of competition, etc.

Grab & Go Clause: We assign players to controllers and they have a finite amount of shared stocks based on the design of the game. Passing the controller to the better player eliminates some of the tactical advantage of killing a specific target, so I'm against controller hand-offs.

Freeze Glitch: A freeze glitch activation from a recovery in a situation like this probably shouldn't be worth an automatic disqualification. While I think Cort probably tried to Freeze Glitch PC Chris here, it's not unfathomable that this kind of thing could happen in a fringe recovery case where Nana just happens to be throwing when an ICs has to initiate the squall.
Last edited: Dec 21, 2017 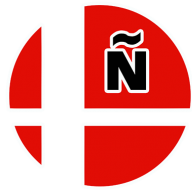