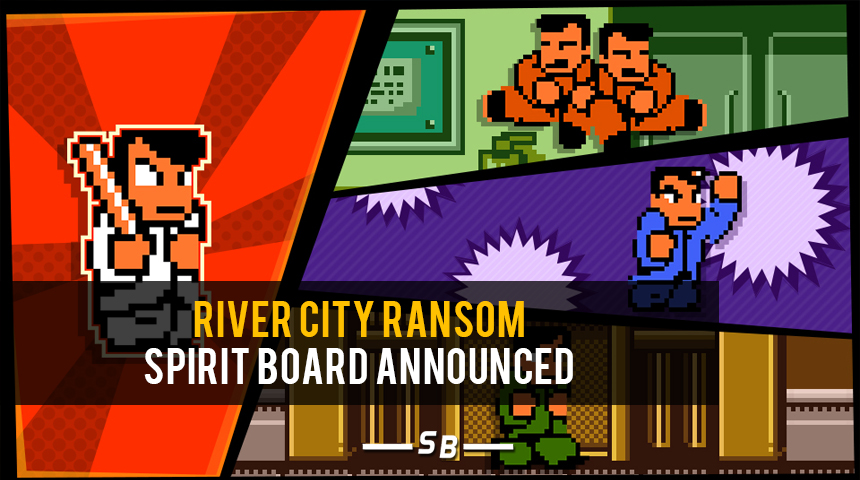 On January 21st, the official Japanese twitter account for Super Smash Bros. announced an upcoming Spirit Board event based on the Kunio-Kun franchise.

According to a translation provided by Smashboards writer Venus of the Desert Bloom, the tweet reads "Characters from the series 'Hot Blooded Kunikun' hits the spirits board! For five days, starting from 1/24 (Fri), the event 'Hot-Blooded Smash Bros Downtown March' will be held. Please check out the 4 new spirits!"

The name of the event is in reference to Downtown - Nekketsu Monogatari, the original Japanese title for River City Ransom, one of the most iconic games in the Kunio-Kun franchise. It was confirmed in a later tweet that the Spirit on the left is Kunio, also known as Alex in some Western releases, the main protagonist of River City Ransom. A later tweet confirmed that the two characters on the top right are Ryuuji and Ryuichi, also known as Andy and Randy. They serve as the main villains for much of River City Ransom, and are both fought at the same time in a boss battle inspired by Double Dragon, complete with that game's title theme as their boss music.

As for the other two characters, the one in the middle is most likely Riki, also known as Ryan in the North American release of River City Ransom. He is the secondary protagonist of most of the Kunio-Kun games, and is usually controlled by the second player. On the bottom is what seems to be Goda, named Ivan in most localized versions. He's another late game boss that appears leading up to the encounter with Ryuuji and Ryuichi. 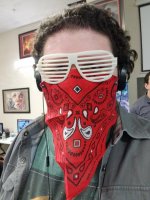 I'm not familiar with ArcSys, but I know they have both Guilty Gear and Blazblue.

Shroob said:
I feel like, if anything, this would bode better for an entirely different ArcSys character tbh. Why would they dedicate an entire event to the series if they were going to have a dedicated Spirit Board later?

I could *maybe* see Kyoko and/or Misako based on their River City Girls appearance as well
Shroob said:
I'm not familiar with ArcSys, but I know they have both Guilty Gear and Blazblue.
Click to expand...
They also developed games like the Persona 4 Arena games, Dragon Ball FighterZ, and the upcoming Grandblue Fantasy Versus.

They publish other notable games like Under Night In-Birth, Arcana Hearts 3, and Kill la Kill the Game: IF.

In other words, if it is an anime fighting game, ArcSys most likely has a hand on it (to the point where most of EVO's lineup nowadays comes from ArcSys games).
They didn't have a hand on Jump Force interestingly...
This and the release of Guilty Gear Strive being in the same year can't be a coincidence. Also, GG celebrated it's 20th anniversary last year. I think Sol Badguy might join Smash for these reasons. Personally, I am hyped!
I’m surprised we’re getting another board event this soon after the Astral Chain one.
You must log in or register to reply here.
Share: Facebook Twitter Reddit WhatsApp Email Link
Top