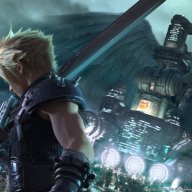 Honestly, I'm not too keen on Ridley overall. I just happened to try him out and make a combo video for him. He does have some good options, I suppose.

Here's an example of some of what Ridley can do:

Thanks for making that! ^ There's this too now.


If this is to be a combo labbing thread, guess I'd be happy to oblige with posting some individual findings later, but if this thread is just for video montages, then perhaps another thread...
Last edited: Dec 16, 2018
G

I vote this be a combo thread. Videos are great, but let's get as much info as we can!

Very well. Here's a good gist of what I've seen posted so far, though there is definitely more, but this is what stood out to me.

N-air into dash attack kills quick at a higher %.

Ridley can RAR sourspot nair into dash attack as a kill confirm, the nair helps a lot to carry opponents trough the stage and get the kill with dash attack, kills from ~95% to ~130% (without rage, the video has DI) #SSBU_Ridley pic.twitter.com/azRoas4zHC

Sweet-spot n-air launches the opponent at a perfect trajectory to lock with down-b. So yeah, if you miss that tech, that's a free 78 percent, and you throw in some mental damage to boot. pic.twitter.com/khetWLoFIs

And lastly, another combo montage.

I just spent the better part of three hours labbing Ridley. Sour nair has some interesting combo potential. The best I did was:

The timing and spacing required to get the fast fall into d tilt is tricky. You can practice by fast falling into f tilt, since it true combos if done correctly. The f tilt variant can be useful at shoving people off stage if you sweet spot it, so it can be useful if you don’t have the space to work with d tilt. The dash jump into fair is necessary to give Ridley enough momentum to connect with the second fair offstage. You land on the ground from the first fair before you can jump again if not carried off stage. Can also be executed from a full hop nair if fast falling and hitting with the sour spot (and spacing turns out right of course).

Both of these work through to at least 37% on Chrom. Didn’t rigorously test all that many percents. Just focused on the muscle memory and consistency mostly.

Works on Chrom 20% at the earliest I’m pretty sure. Will drop off as % increases. Can do one u tilt to avoid risk of dropping combo, but does a good 40% if all hits connect.

Lastly, and I’m not sure this is a true combo, but I’ve got this one:

Again, that second fair only possibly if off stage with enough momentum. Can also sub out the fair strings for the previous u tilt followup.

None of this tested for DI however, so results will vary in actual use.

Edit:
Fun thing to play around with: for Chrom and Ike’s recoveries (Or others that apply), if they don’t sweet spot the edge and pop up above it, or if they are going to land on the stage, you can punish with Ridley’s down b. It’s tricky, but it could be a great tool in his kit for whiffed recoveries.
Last edited: Dec 18, 2018
G

Characters like the heavies seem to be able to avoid the skewer well in advance but other people like Meta Knight and Peach/Daisy often get hit by the skewer. If anyone would like to do some direct testing, see what happens when you try the pseudo combo and have the other player both shield and attack.

If they air dodge away, you obviously just have some distance between you and your opponent.

But what happens if they shield? Do characters like MK possess enough reach, speed and priority to capsize on an attack? How would aerials be effected? Basically I'm curious on what some characters are capable in that small frame of slight vulnerabiliy because getting a down throw to Skewer plus a good read later could you net you anywhere from around 70-100 damage.

See, I've only been doing tests in training on the computer, trying things out at different speeds to see what happens. A computer has a knack for knowing how to immediately respond to something and doesn't really have to worry about that pesky human problem of reaction and mental speed. Heck this easily the most advanced AI we've ever had in Smash.

However, what a computer does doesn't necessarily mean a human can do and unfortunately I can't do much testing with another person. So if someone would like to try it out, see how well you can react to this combo with a bunch of a characters. If there's too much risk and it's too easy to retaliate against Ridley, oh well but if not, again, we got a pretty strong potential combo here to really rack up the damage. 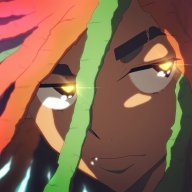