I've been to a few gamecrazy tournies but it's been a while. MyRoboticClaw should know me. 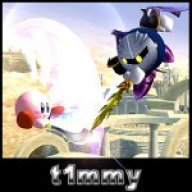 This sounds like a really awesome event so the Smash Twins are most likely coming. Is there a non-smoking house available for housing? (allergic to cigarette smoke) We don't need much, just a dark, quiet room to pass out after the ride into Reno.

My thoughts on rules:

Neutral Stages: Counterpicks:
Summary:
Remove Delfino as Neutral
Ban Great Sea due to canonballs/catapults
I didn't think Skyworld looked bad, but after playing on it I wouldn't mind if it were banned.

extrachunky said:
I've been to a few gamecrazy tournies but it's been a while. MyRoboticClaw should know me.
Click to expand...

Hey Phil. Coming to our tournament?

timmy I would put jungle japes and green greens on the counter pick list also.
P

Oh mans, I'm the only one that likes Pit's stage! XD

Lol that's ok tho, i like it for unfair reasons.

Timmy- our house is smoke free, you are welcome to chillax here!
H

aww, I wanna house t!mmy and t0mmy! =P j/k. We can definitely find you guys a place to crash/smash.

on resets, we haven't found a way to random-reset before the game starts, so those might end up taking a little while longer than in melee, esp. w/ the extra load times some stages experience in brawl. We'll definitely debate about it down here. Bans as well, will be discussed a bit more once the American release is out. Then we'll understand character stage strengths and weaknesses, and can decide whether stages affect game outcome enough to need bans.

I'm glad great sea and pit's stage don't have much support, i dislike both of those quite much. I'm very down for removing pit's stage altogether, and second a removal of great sea. those god**** cannonballs destroy. 35% ftl.

we've heard of/seen some major glitches and changes in the melee stages, so I would prefer to keep them out of the tourney. Rainbow cruise in particular kind of gimps edge-grapplers (zamus/olimar).


the list of neutrals looks great to me though. we'll try to get these rules discussed/updated in the next week or so.

good to hear the smash twins are coming down! ^^ can't wait to have a ROB face off.
E

Hella!
That prize money is

A ROB showdown! EPIC! that needs to be recorded! XD
E

oh snap taj and wobbles are going this tourney just gets better and better all the time!
J

Gimpyfish62 said:
there is no reason to remove delphino from the neutral set
Click to expand...

i agree, even though the stage does move around different locations, it is still playable without any big advantages for any other characters. i clearly see no reason to take it off from the neutral set
H

delphino is pretty close to neutral, but for characters w/ bad recovery, there are definitely stage switches that can kill you quickly if you're not prepared, as we've seen a few times w/ Ike. the best example is the area w/ 3 pillars and water in between. if you get knocked into the water a bit before the level switches, you're quickly down a stock.

so I can understand why it would be seen as non-neutral.
E

and the fact that olimars recovery gets extreamly gimped on this stage (( no pun intended )) and also with the three pillars and water part the roof is insanely low.

olimars recovery probably gets gimped LESS on that stage than most because he can actually recover to either edge once you edgehog one side, he can go under the whole stage, as opposed to most stages wehre he's simply dead if you edgehog properly.

not being 'prepared' for a switch is no good reason, i'm fairly certain the entire stage is on a timeline which is set and predictable the whole time, and even if it isn't its really easy to react to it

its not a big deal, put it on counterpick if you must

i've been talking to the University to try and grab a room for some teams/crews action...
would you guys rather play it up on Friday afternoon/night before singles on saturday, or on sunday morning/afternoon? The more people the better, so let me know!
F

extrachunky said:
I've been to a few gamecrazy tournies but it's been a while. MyRoboticClaw should know me.
Click to expand...

Is this my cousin Phil or a different Phil?
E

Me, Futile, and Mikael might come to this. I just need to convince them =/ We'd need housing, too. I'll let you know when it's definite but reserve a spot for us.
E

FlipManV3 said:
Is this my cousin Phil or a different Phil?
Click to expand...

i'm excited for this

ps are you guys in the crew spamming up psycho midgets videos claiming he stole the ! tag?

if so, you're seriously being ridiculous and delusional.

if not, nevermind.
S

Its been a while since I've played but I want in on this!
S

I'm a little rusty at Smash but I want to throw my hat in the ring. Count me in. 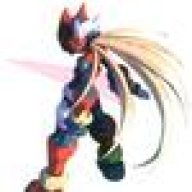 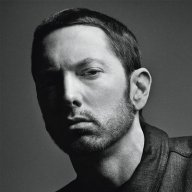 extragrandeben said:
Me, Futile, and Mikael might come to this. I just need to convince them =/ We'd need housing, too. I'll let you know when it's definite but reserve a spot for us.
Click to expand...

How are you getting to Reno? I'm interested in going as well. 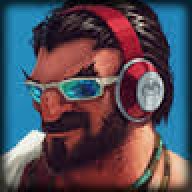 I haven't been able to get a hold of Griever today, but we DEFINITELY have a room for crew battles/doubles on Sunday the 6th. The room should hold quite a few people, so I hope everyone plays! ^^

anyone have a preference for the crew battle rules? i.e. # of people per crew, # of stocks per player?

Agreed, this just keeps getting better and better!

Number of people per crew? So we're splitting up for group battles or just for people not in crews? Dodgeball flashback, haha.

if you cant chose your crew than crew battles are ********, they should be you should have 4 or 5 men with a total of 15ish stock in between the players
P

i do hope that by men, you also mean guys and gals. XD

In B4, females don't play the video games. XD
O

Edit: By the way, how many participants are there so far?
H

participants for singles or doubles/crews? o.O

not sure on either, to be honest, but as soon as I can get a hold of griever we can update the thread w/ level choices and team rules.
O

Ah, I see. I'll most likely be entering singles if I were to attend, I was just wondering though because of the participant limit.

PS, I also heard of people having trouble syncing their Wiimotes at tournaments, will this event be GC controller only? If this has already been asked, my apologies in advance.
H

Paypal is up and will be posted at the top of the thread tomorrow!

I have several questions.

First off, why are pools not happening? For anything bigger than 100 people, pool play should be in effect. Plus, you are advertising this nationally, so people traveling OoS should come knowing they will get atleast 10 tournament matches in.

The prize money is actually out of my pocket. The entrance fee is going to cover venue fee (hopefully) so if you wanted to know where that money was going then now you know. There will most likely be additional raffle prizes added along with some possible goodies for the top finishers. If you have any questions just call me at 1-775-343-9234. I am more than happy to answer anything but I don't appreciate any criticism considering I am funding the tournament out of my pocket and its a fairly large expense for me but I am doing it to support and grow the community. You didn't even consider the venue fee in any of your calculations and I can't magically rent the place with rainbows and dreams.

There are no pools because this is how I choose to run this (my) tournament. Time constraints are really the main reason pools will not be happening. I know none of you (read most of you) care about how other fighting game tournaments are run but very rarely will you see pools on one day tourny events. Go to evolution or any other major tournament and generally you wont find any pools. As far as me advertising nationally and not guaranteeing a sufficient set of matches, that's fairly ridiculous to me. I traveled from Reno to Texas to play in a single elimination tournament with no cash prize, merely a spot on team USA to represent the Soul Calibur community in Japan. I took 3rd and received nothing and had a great time and it was a great tournament.

By entering this tournament you have the ability to win a significant sum of money, notoriety, and most of all fun.

I am sorry to be a ****, it is very unbecoming of myself and I apologize whole-heartedly, but this tournament is exactly what it's advertised to be. It will be tournament on a grand scale no matter how many people show up; 20 or 256. If you want the money to not be guaranteed then I am more than happy to increase the entrance fee to 20 dollars no pre reg available and have the pot split 60/30/10 and still not have it hit $1000 due to venue fees; let me know and I can make it happen. Tomorrow I will hopefully have regained my kindness; until then farewell.

P.S. Don't take this post too seriously, Reno is very happy to have so much excitement and intrest surrounding our tournament. We hope to see you there and hope you will come back for more too.