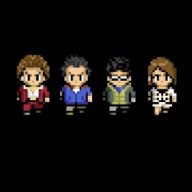 I've seen some threads about redesigning the roster for Smash 64 or Melee using only characters that were made at the time, and I really think it should be done with other Smash games, like Brawl. So the rules are that you can only use characters from 2008 or before. Have fun! Try to have a limit of 40 characters plus five echoes. Here's my roster: 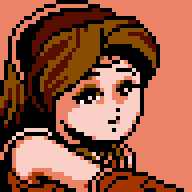 If I was in the position to design Brawls roster: I would make only 3 changes.
Tbh, the Brawl roster was really good outside of the absence of Mewtwo (it’s cut is understandable if what I saw was true) and maybe Villager.
Starter:

I’ll first make a proposed 34 (31 if transformation fighters count as one) character roster. From SSB64, the only expendable ones are Ness and Jigglypuff, but Ness was the only protagonist from a Mother localized game, and Mother 3 had a choatic development cycle. There are more important pokemon than Jigglypuff, and this is only the third entry and not the fifth, so I’d leave it out if I don’t have the time left for it.
For the Melee vets, Bowser, Peach, Zelda, Mewtwo, Falco, and Ganondorf are important enough to keep, with Falco being lowest priority if needed because the core Mario characters and Triforce Trio are more important than Falco. Marth was the only FE character at the time of planning to star in multiple entries, Ice Climbers more or less defy legacy and relevancy, and Mr. Game & Watch is a quirky choice with legacy. Although Mewtwo was cut, I would’ve done anything to keep it in, even it means restarting from scratch and leaving out a newcomer. Currently, there are 21 veterans.
In terms of newcomers, Wario, Pokemon Trainer (gets Leaf alts), Diddy Kong, and King Dedede were next in line in terms of additions since Wario is a Mario spinoff regular with 2 side series, Pokemon Trainer is the player character in Pokemon, and the last two are major characters in their respective franchises. Since Pokemon Trainer uses pokemon to fight, they would be implemented like they were in Brawl with the same lineup since Charizard is a popular pokemon, and Squirtle is more important than Bulbasaur. For Diddy, I would consider the tag team idea as a follow up to Ice Climbers, but it would have to be dropped for technical limitations, and Dixie gets dropped. (6 newcomers)
In addition to these allstars, I’d want to add characters from new franchises, and Animal Crossing and Pikmin were the most successful ones at the time, so Villager (female alts available) and Olimar are added to the roster. (8 newcomers)
In addition to these new characters, I’d add a new promotional pokemon and an FE character from a localized game. For pokemon, Lucario was the promotional choice for Sinnoh, and Intelligent Systems suggested Ike, making them my next two newcomers (10 newcomers).
Since Ice Climbers were an obscure addition in Melee, I want to maintain the tradition, and the two obvious choices are Pit and Little Mac, with the former being the more interesting choice in terms of moveset. (11 newcomers).
For the next newcomer, I have a few things that I can consider: Toad, Meta Knight, and Isaac. I’ll give pros for each newcomer:
Toad: Core character in Mario series, but probably less interesting than the others below.
Meta Knight: While he is not as big as Toad, Meta Knight was a popular character who recently made a comeback.
Isaac: A character from a less popular franchise, but more franchises is always nice.
From these, I’d say that Meta Knight is the most fitting.
For my final newcomer, Kojima requested Snake, and adding a third party would be hyped up and surprising, making Snake a great pick.
While Lucas was also added, I don’t think that I would’ve proposed of a semi-clone newcomer without hindsight, and since semi-clones take less development time, we’ll just move to last minute fighters.
Since Brawl did have time for a few more characters due to the delay, I would never say no to Sonic joining since he was Nintendo’s rival in the ’90s. For the other fighters, I will need to think of three/maybe four characters that I can easily add last minute. Going off of possible options, I can go with Dr. Mario, Daisy, Dixie Kong, Young Link, Wolf, Jigglypuff, Lucas, and Roy. I’d probably say add Jigglypuff and Young Link first since these are the most important. Then, I’d probably say Wolf and Dixie Kong, with Wolf taking priority, since Wolf was requested, and I would’ve gone with the tag team idea for Diddy and Dixie initially.


Toad: He’s a core Mario character, but his moveset might be less interesting than others.
Tingle: He’d be the best bet for a LoZ newcomer due to timing, but he’s highly divisive.
Ridley: He’s requested but I’d see him more as an assist/boss due to his size.
Zero Suit Samus: I like how she plays, but I don’t think that I would’ve differentiated between the two Samus’s. I’d probably just make her an alt at best. Also, Samus didn’t need a transformation gimmick tacked onto her.
Lucas: While Mother 3 was released during development, I’d be hesitant to add him since Earthbound 64 had a bumpy cycle, and the other last minute picks are higher priority.
Isaac: Golden Sun did have 2 successful games, but I had other priorities.
R.O.B.: He’s an important character historically, but I don’t think that I would’ve come up with the idea.
Little Mac: I find Pit more interesting for retros.
Luigi: Beat Classic Mode (10 matches)
Ganondorf: Beat Classic as Link/Zelda/Sheik on Hard+ (20 matches)
Meta Knight: Beat Classic in 15 minutes (40 matches)
Falco: Beat Century Smash (50 matches)
Lucario: Beat all Target Test levels (30 matches)
Marth: Play as the entire starting cast (60 matches)
Snake: Play on Shadow Moses Island 15 times or Complete Adventure mode (70 matches)
Mewtwo: Beat Classic Mode on Very Hard Difficulty (80 matches)
Mr. Game & Watch: Beat a Target Test level with 28 characters (excludes Sheik, Ivysaur, and Squirtle) (90 matches)
Sonic: Play for 10 hours or complete Adventure Mode (100 matches)
Jigglypuff: Complete Adventure Mode (110 matches)
Young Link: Complete Adventure Mode (120 matches)
Wolf: Complete Adventure Mode (130 matches)
Dixie Kong: Complete Adventure Mode (140 matches)
On an unrelated note, I wouldn’t have done SSE, but instead a Melee Adventure mode with additional boss fights (Giga Bowser, K. Rool, Ganon, Ridley, Marx, Rayquaza, and I’ll use Tabuu as the placeholder for the final boss). The format would be the same as a classic Sonic game where each world has 2 levels and a boss fight. Like SSE, save states are used, and players choose characters per level. Unlike SSE, the current roster that one has is always present.

I replaced Mushroomy Kingdom with Bowser’s castle since there were already 2 Mushroom Kingdom maps in SSB, and there was never a Bowser’s Castle.
The DK maps in Brawl were disliked, so I replaced them with maps that I think people would like more.
Crateia was to give Metroid maps more variety compared to Norfair.
Like Metroid, Star Fox was given a map not on a space ship even though I like Lylat Cruise the most.
Pokemon is given a gen III map instead of another Pokemon Stadium.
I wanted a specific location for FE instead of a generic one.
Since there was a stage based on DS features, why not add something related to the Wii.
Last edited: Saturday at 10:30 AM
S 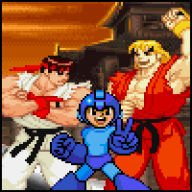 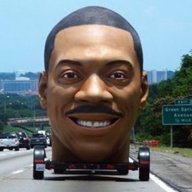 Most of these are either returning - being Mewtwo and Roy, specifically, or a couple of new ones that make sense - Mii fighters, for example, because the Mii function was incredibly important on the Wii, Dark Samus due to it's appearences in Metroid Prime 2, Bowser Jr from Sunshine, Little Mac in reference to his Wii appearance, and Ryu, but in reference moreso to SFII and SFIII. 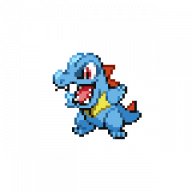 Dr. Mario is an alt of Mario, Zelda/Sheik, PT Pokémon and the Samuses are split up, Mewtwo added for 40. 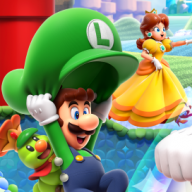 aren't that important and are just different versions of
was cut because at this time fire emblem was still a small series
was cut we don't need 2 fox clones
Toad is a super iconic mario character that should have been added since melee
Midna is there for an actual TP rep
Sceptile is there as a gen 3 rep
is there for a 2nd metroid character
Samurai Goroh is there for a 2nd F-Zero character
Last edited: Dec 13, 2020 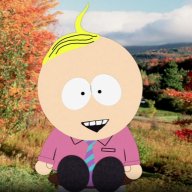 If I'm just making changes to the actual roster and not redoing it from scratch...


Because the actual Brawl roster was smaller than the one above, I ended up cutting out four of the extra clones, plus Jigglypuff and Sceptile. Pichu is swapped out for Plusle (with a Minun alt) to represent Gen 3.
Last edited: Oct 25, 2021 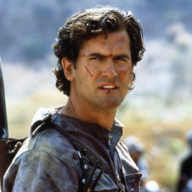 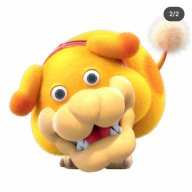 That's my Redesigned Brawl roster.
Last edited: Saturday at 6:50 AM 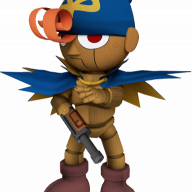 Location
Star Hill. Why do you ask?

Here is my attempt
Cut
Add

Reasons:
-Ridley is better pick than a 2nd version of Samus and highly demanded.
-1 link is enough and Toon Link is a clone of different version of the same character so bringing back Roy instead is better option as he is a different character.
-Ivysaur and Squirtle are random picks so Bringing back Mewtwo and also bringing a highly demanded 3rd party like Geno would be more exciting.
-Joy mech fight is Nintendo’s actual traditional fighting game so bringing him would make sense and he is also the most requested pick in the smash 2 retro poll so it makes more sense for him to come in instead of Pit, Pit should join after Kid Icarus uprising.
Last edited: Saturday at 9:40 AM
You must log in or register to reply here.
Share:
Facebook Twitter Reddit WhatsApp Email Link
Top Bottom