Ultra Violence Crew (UVC, most of us are "fans" of A Clockwork Orange, so that's why the name of the crew).

This video has six segments of six of the members of the Crew.
Rock, Reed, Anbu, jov, Marl and me, 1233.
The objective of this video is to show a little bit of the actual level of the crew and the style of each player with their main characters and the main objetive is to entertain whoever watch it.
The video will be later uploaded as single-segment to Filefront
estimated 140 MB in size and over 40 minutes.
But meanwhile, I'll leave you with the links of the segments, each one in YouTube. Hope you like it.
Any criticism or commentary is welcome.

The video will be later uploaded as single-segment to Filefront

Anyway, awesome videos. Good job on editing. Kudos all around. This project looks like a ton of work too. Keep up the good work.
K

That was awesome especially the opening for the individuals one. I also request a list of songs if possible.
H

just finished watching every vid...good stuff guys...you all play very well...very nice combos in all of the vids...keep up the good work...it would be awesome to play some of you...peace

Dorf1123 I was wondering what happened to you. Will you still post the link for the downloadable versions? Also could you post a song list maybe?

It was a great video man. :D
D

tnx 4 da coments
songs are in the credits 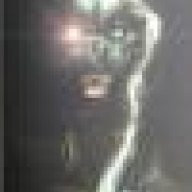 Dorf1233 said:
tnx 4 da coments
songs are in the credits
Click to expand...

Thanks I only have one more question in Reed's Roy combo video earlier do you have the songs for that as well?
J

This is still one of my favorites!! XD
E

nice edgeguard with the knife at the intro
C

Justice my I ask who are all those people in your sig. I know one of them and I think his name is zealos.
J

Coin you up said:
Justice my I ask who are all those people in your sig. I know one of them and I think his name is zealos.
Click to expand...

Let me put it this way. I watched them all in one sitting when I'm actually pressed for time and should be doing somthing else. Yeah, nice job.
You must log in or register to reply here.
Share:
Facebook Twitter Reddit WhatsApp Email Link
Top Bottom